This Ford GT is surely the very best example in existence, as it has never been registered, is showing only delivery miles, and is in the most desirable colour combination of Black with a painted Silver stripe. The car was ordered new with all four factory options available, the McIntosh sound system, lightweight forged wheels, grey-painted brake callipers, and painted racing stripes, and it comes complete with its original window sticker, handbooks including the service book, a leather wallet, a spare key, a car cover, and battery conditioner. A Ford GT is extremely desirable, and the opportunity to own one in the ultimate specification that has never been used is a fantastic investment opportunity!

A MERRY CHRISTMAS & A HAPPY NEW YEAR
TO ALL OUR READERS
& TO ALL
DEALERS , AUCTIONEERS
WE WILL BE BACK IN JANUARY 2016
Posted by jeffharris at 16:31 No comments:

The vehicles below are all stunning examples of rare, Right Hand Drive classics, each with an incredible, unique history.

Posted by jeffharris at 17:54 No comments:

Posted by jeffharris at 17:19 No comments:

PLEASE NOTE:
As a way to speed up the hand over process to customers, all cars not previously registered in the UK will be registered to AMARI.
All VOSA & DVLA processes will therefore be complete and the new owner will not have the inconvenience of having to deal with this lengthy and monotonous process.


The Huge Specification of the car insists of:


This car benefits from the Ferrari Warranty and extended 7 Year Service Plan, but is not due its first service, or need an MoT.


We have the original Owner Pack containing the Owner Manual, Service Book, and other reference material, as well as 2 keys.

The Ferrari 488 GTB (Tipo F142M) is a mid-engined sports car produced by the Italian sports car manufacturer Ferrari. It was launched on 3 February 2015, in advance of its world premi�re at the March 2015 Geneva Motor Show. The 488 GTB is a heavily re-engineered replacement for the Ferrari 458, sharing several design features and chassis measurements.

Posted by jeffharris at 13:35 No comments:

No small Ferrari has captured the imagination of aficionados and newcomers to the Maranello marque with such enthusiasm. Ferrari and their appointed styling house Pininfarina had created an icon. The new Dino 246GT was an absolute delight from all angles; its beauty, handling, sound, comparative affordability, and mid- engined layout was combined with unusually good all round visibility. Its reliability was said to be the first car from Ferrari that could safely be kept as the owner’s only car. The 246 Dino engine, with four overhead camshafts, was mounted transversely behind the driver and in front of the rear axle. Power to the wheels coming via drop gears to the transverse 5-speed gearbox, in unit with the differential and engine sump.
Introduced at the 1969 Geneva Motor Show, detail changes for the 246 included new seats, iron engine block, bolt on wheels, a steel body, more power, better torque and a lower price, a revelation in terms of road holding and stability, nothing had been made like this before. Handling was like that of a racing car although the car was more user friendly and reliable than the big V12s. Styled by Pininfarina, and stunning from every angle, the Dino must surely rank as one of Ferrari’s all time classics and without doubt an appreciating asset.
This is a very modern car and a real step in Ferrari history; it is the first model to be fitted with rack and pinion steering and mid-engine design. More generally it announced a new age for Ferrari as its concept and design, the 246GT was a much better car with a more powerful & torque engine and better road holding due to the longer wheel base. With its 195 HP it was able to reach 235 km/h as top speed and the kilometre in 27 seconds. The excellent chassis made the car much quicker than bigger ones and it is still a real enjoyment on small roads 40 years on. The interior is nice and refined, the large trunk and the high top speed made it also a real grand tourism car. The iconic Dino 246GT will remain as one of the best and nicest model built by Ferrari.
Our car was supplied on the 1st January 1972 to Mr JA Young of Caterham, Surrey by Maranello Concessionaires Ltd. Mr Young commissioned the car to be built in Giallo Fly with Nero interior and the factory option of electrically operated windows, as the car is presented for sale today.
Accompanying the Ferrari is a comprehensive chassis file that includes:
– Manufacturers invoices to Maranello Concessionaires Ltd
– Varies client correspondence from 1971
– Original Handbook, Warranty Card
Our car has completed a fresh restoration in 2011-2012 and now presents in superb order. Our post sale preparations will include full service and the issuance of Ferrari Classiche by an official factory authorised
Available for immediate inspection at our central London showrooms. 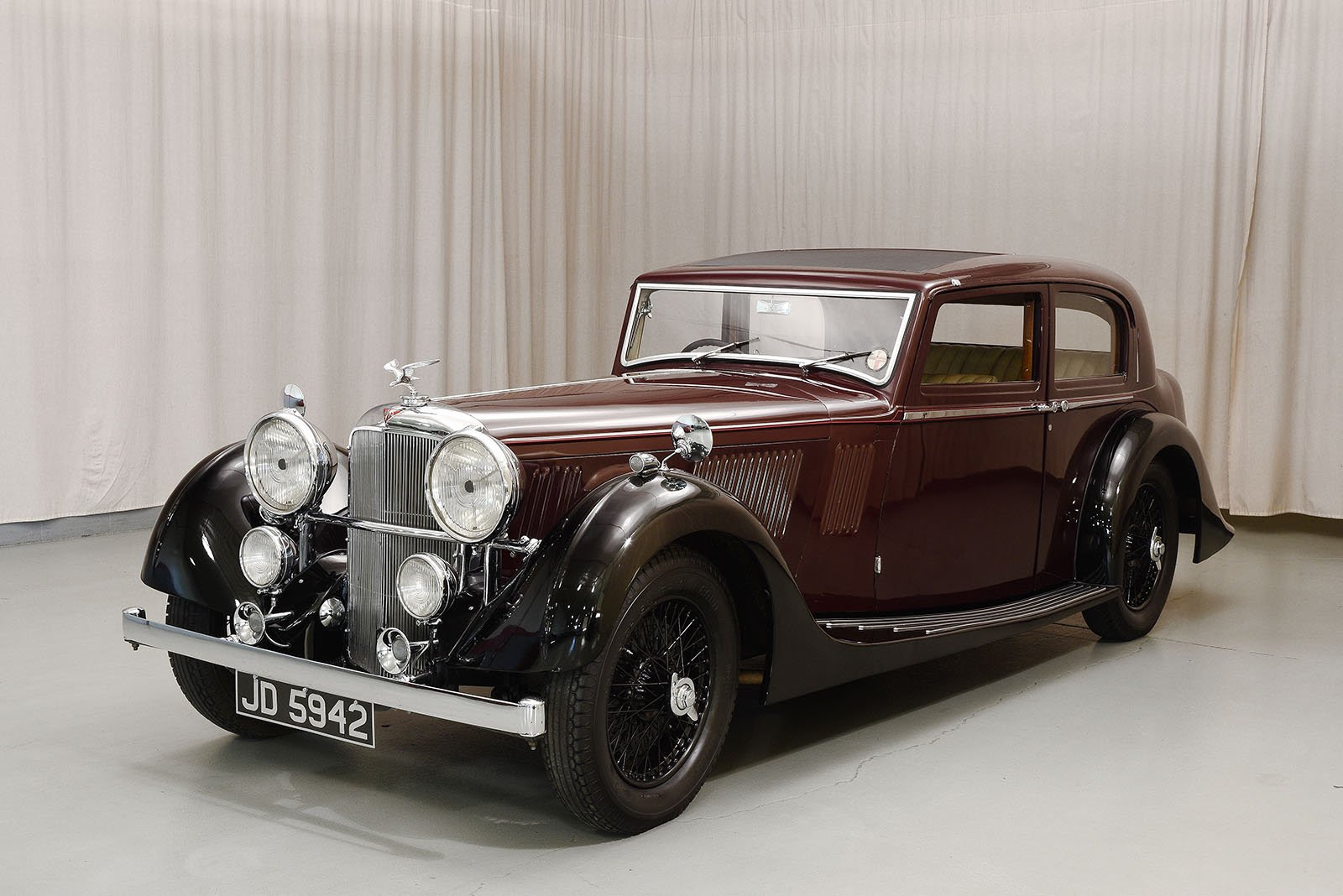 The Alvis Car and Engineering Company Ltd is a fascinating footnote in the annals of the British motoring industry. Founded in 1919 by Thomas George John, the company began with building components such as carburetors, stationary engines for farming and industry, as well as motor scooters – which they charmingly named the “Mobile Pup”. Alvis went on to produce an exceptional range of luxurious motorcars, and found great success in motorsport. Talented and creative engineers made their mark on the company, and it developed a reputation as a great innovator. They were responsible for some very significant firsts in the automotive world, the most notable being in 1933 with the very first production all-synchromesh gearbox and servo assisted brakes. Prior to that, they had experimented with front wheel drive, inboard brakes and supercharging on the model 12/75 of 1928. Yet for all of their innovation, Alvis remained somewhat under the radar and even today, does not seem to garner the same recognition as its contemporaries such as Bentley, Lagonda or even AC. Automobile production trickled on into the 1960s, but by that time Alvis was more known for its military vehicle production than automobiles. The Alvis Company was eventually acquired by Rover who then was swallowed up by British Leyland in the 1970s, altogether disappearing by the end of the decade.
The Alvis Motor Company completed development of its new 3571 cc engine in the latter half of 1935 as a replacement for the 2762 cc engine in its flagship Speed 20 Model.  The engine was planned for a new model to be introduced in 1936.  Unfortunately the new chassis wasn’t ready, so as an interim measure, a Speed 20 SC chassis was lengthened 5.5 inches, the new drive train was installed, and it was dubbed the 3 1/2 Litre. The 3 1/2 Litre was a response to clients desires for ever more luxurious and spacious coachwork. As bodies grew larger and heavier, Alvis rightfully offered those buyers who sought additional luxury an option of a more powerful engine that kept performance in line with what was expected of their cars. Only 63 3 1/2 Litre chassis were dispatched before the new Speed 25 replaced it for 1937.
The handsome example presented here is a 1935 3 1/2 Litre SA wearing very rare and desirable Vanden Plas Pillarless Saloon coachwork.  It was originally dispatched from the Alvis Works as a chassis to Vanden Plas in 1935, eventually destined for Charles Follett, Ltd, the London Alvis distributor, and is believed to carry the first production 3 1/2 Litre engine. One of only two VdP Pillarless saloons built on the chassis, this car has some unique features, Follett’s logo was circular design, and this motif was carried by VdP onto the door handles and the front wings which are skirted with a cycle - like crown.  It is believed that prior to it being offered by the dealer, this very car, chassis number 13097, was used on the Vanden Plas stand at the 1935 Olympia Motor Show where it was elegantly presented in its original black over beige leather. From London, it was assigned the English registration number JD 5942 and sold to its first owner in Essex, who only kept it for a brief period. The car’s ownership history is documented from 1935 through to the present day with only a few lapses.  The last owner was fastidious, keeping notes and every record and piece of correspondence from his purchase in 1986.  The history file is massive and includes repair and restoration receipts, correspondence between owners as well as via the Alvis Owner’s Club, photos of the car before and during restoration, as well as event photos. The car was subject of a feature article in The Classic Car in 2002, a copy of which is in the file. The original Alvis instruction manual, Alvis spares catalogue, Andre shock booklet, and Marles steering book accompany the car.  There are also copies of a period Alvis advertisement announcing the new 3 1/2 Litre, which show a drawing of this car. It is remarkable to find a car of this era with such history.
Records show it was partially disassembled at some point in the 1970s, and received a light restoration in 1976.  The car was once again restored some twenty years later in the UK by marque specialists Fisher’s Restoration and Earley Engineering. The owner’s dictate to the restorers were to keep the car as original as possible, and to not “over restore” it.  The ash framing in the car was replaced as necessary, and the car’s structure is very solid, without the alignment problems suffered by so many pillarless bodies. The deep burgundy main body does deviate from the original color scheme, but it looks very handsome against the black fenders and correct beige interior. The paint work has taken on a patina since completion but remains very presentable and attractive, very suitable for a tour car. Chrome and brightwork are attractive and the car wears many fine details such as trafficators in the C-pillars and a gorgeous radiator mascot. Vanden Plas was always best known for their luxurious saloon cars and this example does not disappoint. The beige leather and carpet remain very serviceable in spite of showing some wear and are more than suitable for an enthusiast who prefers a broken-in feel. The wood work on the dash and door caps is in very lovely condition, with no signs of heavy wear and a nice deep gloss to the finish. Correct original instrumentation remains in the dash. Under the bonnet can be found the fabulous 3 1/2 Litre six which is not only very attractively presented, but runs beautifully. Very correct and well detailed, the engine and bulkhead are clean and tidy, with a wonderfully patinated look to the fittings and fixtures.
This delightful Alvis is a rare and fabulously attractive example of this desirable pre-war sporting saloon car. The handsome and elegant lines would make this car suitable for the show circuit following some light restoration work, but perhaps more appropriately, this model is designated as a Full Classic by the CCCA, making it an ideal choice for touring.
$98,500 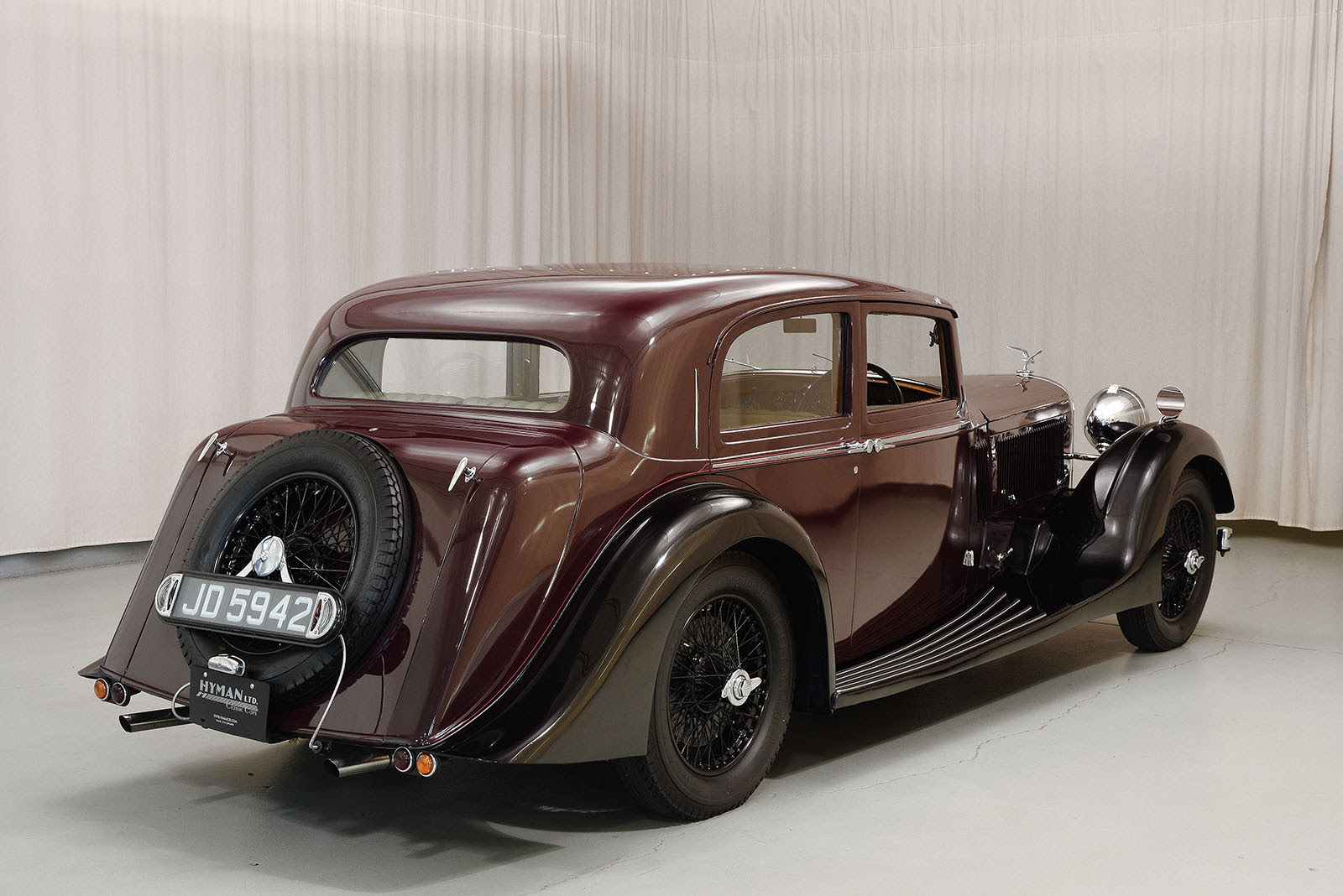 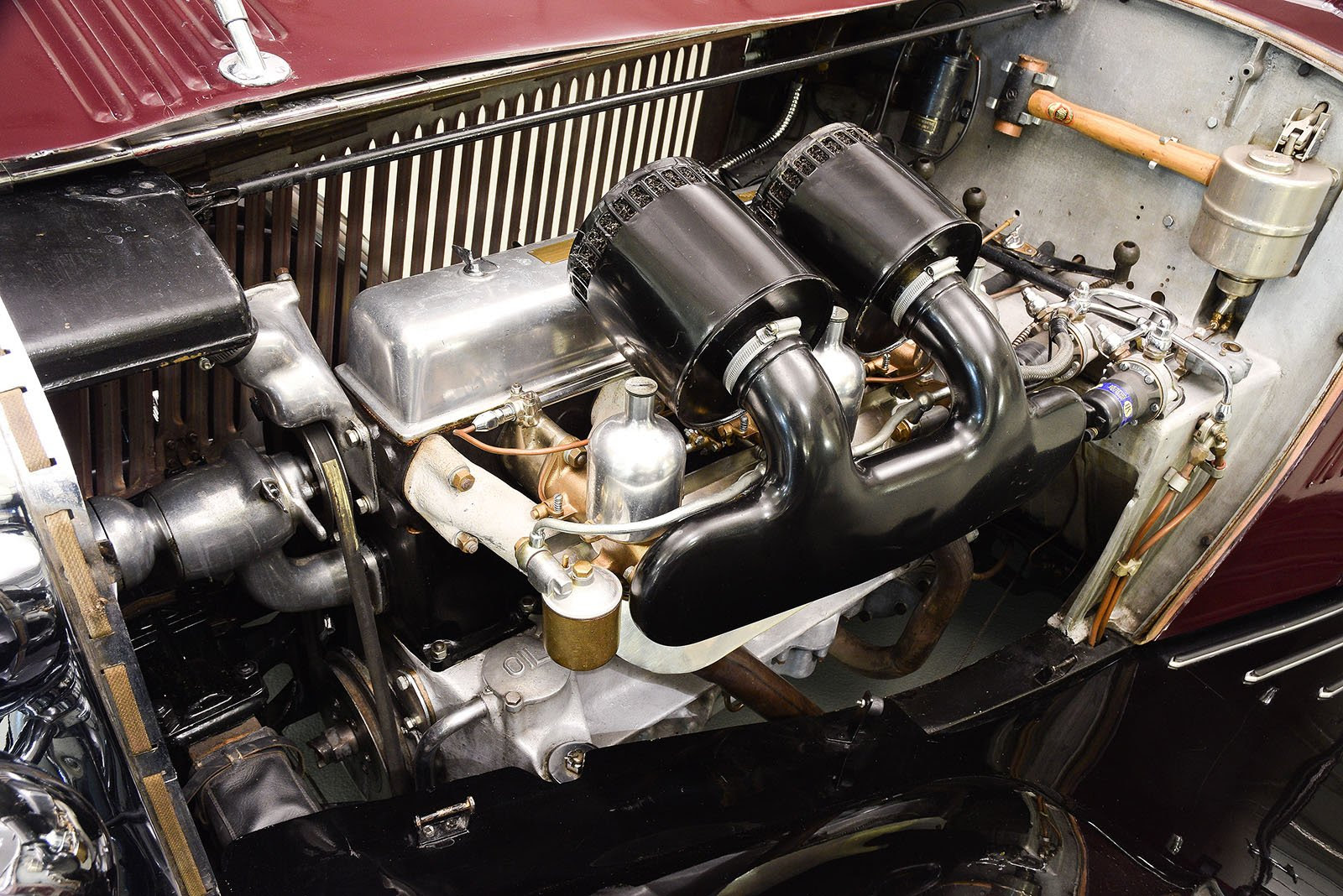 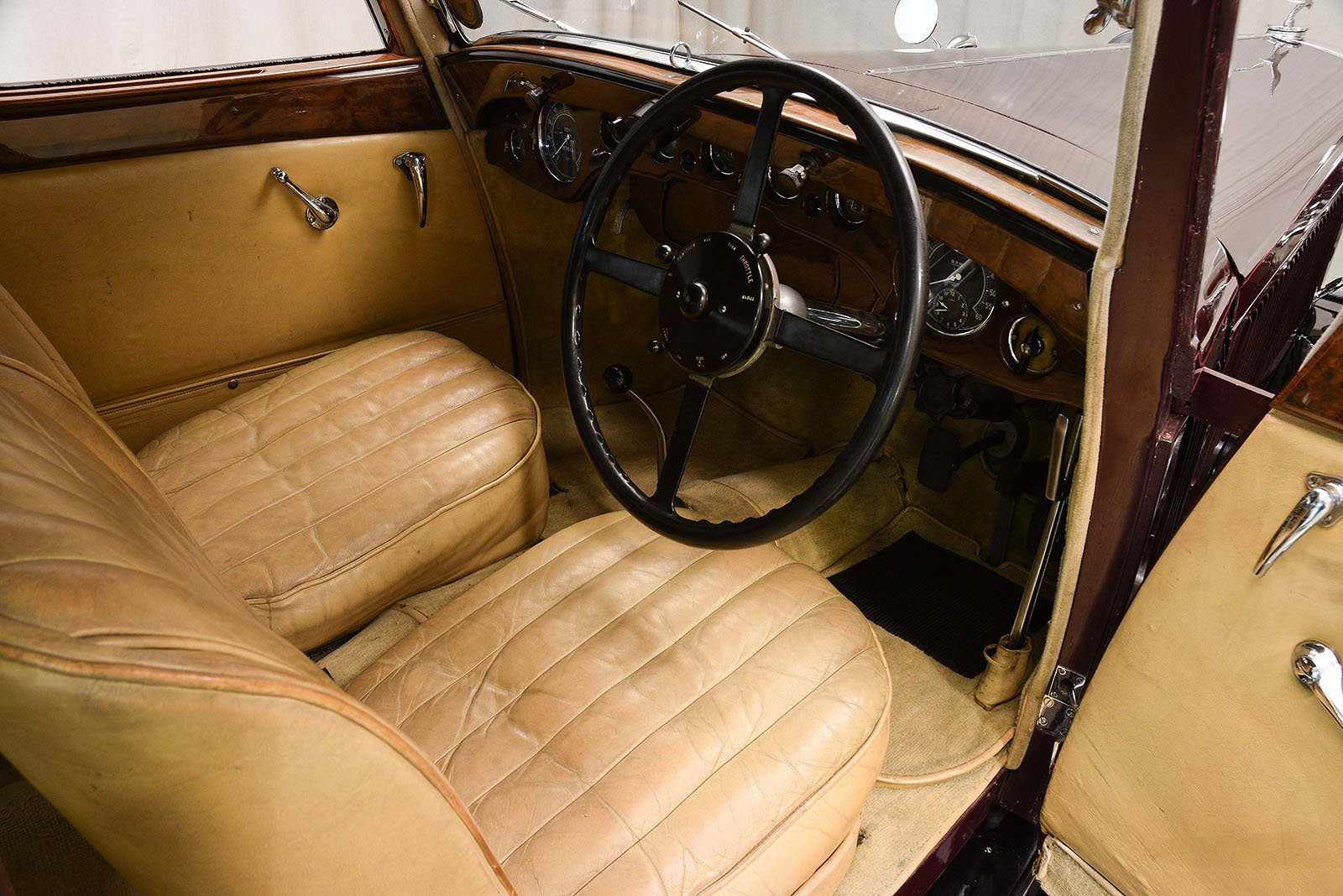 Posted by jeffharris at 20:11 No comments:

If you would like further information or for an appointment to view please do not hesitate to contact us on:
01825 713388 or e-mail info@nutleysports.co.uk

Restoration projects to Concours winning cars
Single vehicles or complete collections
Nationwide collection, Immediate payment made
If your vehicle or collection is for sale please contact:
Matthew Eade on Tel: 01825 713388, Mob: 07867 513996 or simply email us at info@nutleysports.co.uk 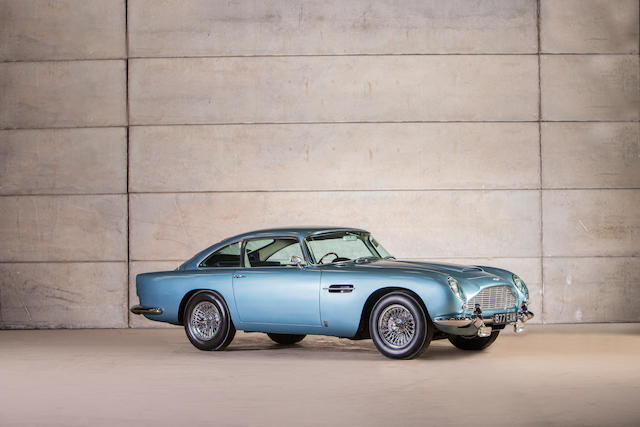 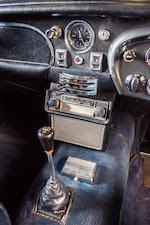 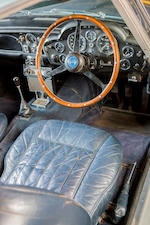 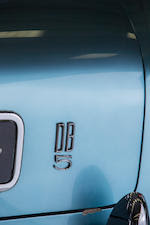 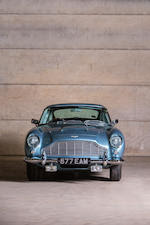 *Matching chassis, engine and registration numbers
*Current ownership since 1993
*Requires re-commissioning
*The most famous of all 'James Bond' Aston Martins

Posted by jeffharris at 12:22 No comments: