Viewings strictly by appointment only 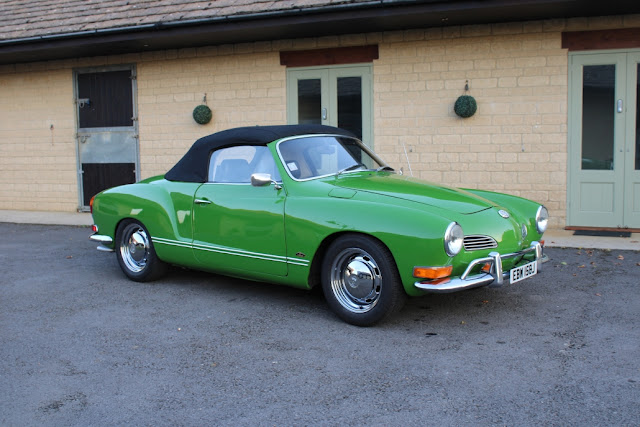 1971 VOLKSWAGEN KARMANN GHIA CABRIOLET
After producing the people’s car for so many years VW had to improve their image and the Karmann Ghia was the solution.
Long noted for its exterior styling, the Karmann Ghia was designed with input from numerous individuals at Carrozzeria Ghia and was strongly influenced by Virgil Exner’s work, though all of its designers passed without a definitive individual attribution of the styling ever made.
The production ended in 1973, so this 1971 example was amongst the last derivative before the ghastly rubber bumpers were fitted on the final cars.
She lived in the USA until 1998 and then was bought and imported by a Brit whilst he was on his holiday using her for a couple of weeks instead of a boring Hertz hire car!
Finished in rare Willow green with black leather interior she escaped the rust issues affecting European cars.
She has only had light restoration whilst in the UK and was painted over 20 years ago but still in superb condition today, maintained well by the last owner for 12 years.
On the road, she impresses with a solid reliable feel only a VW can provide.
Supplied fully inspected, serviced with 12-month warranty. 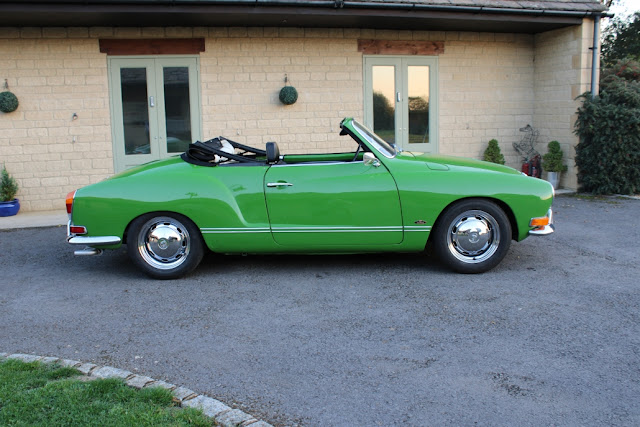 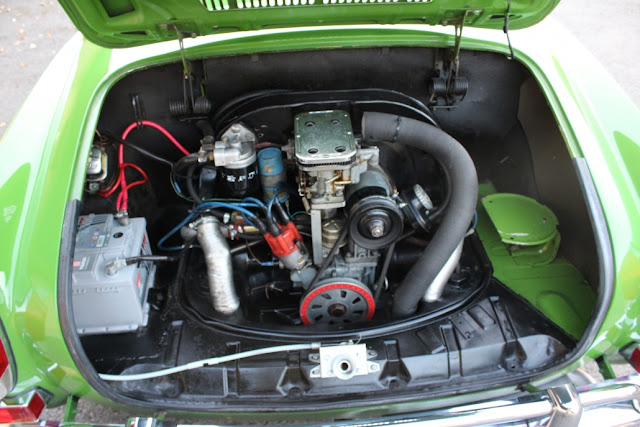 Posted by jeffharris at 13:12 No comments: 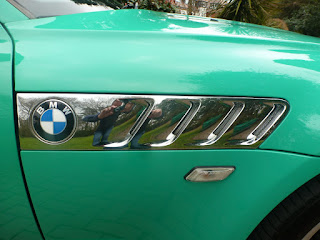 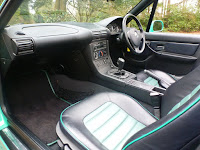 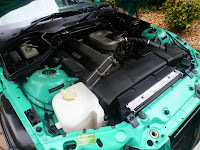 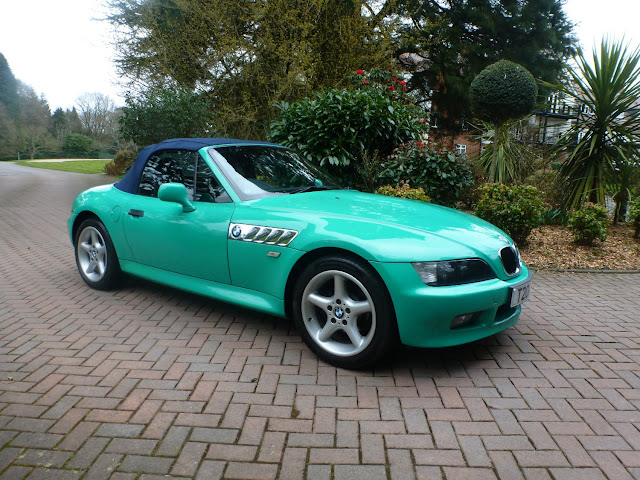 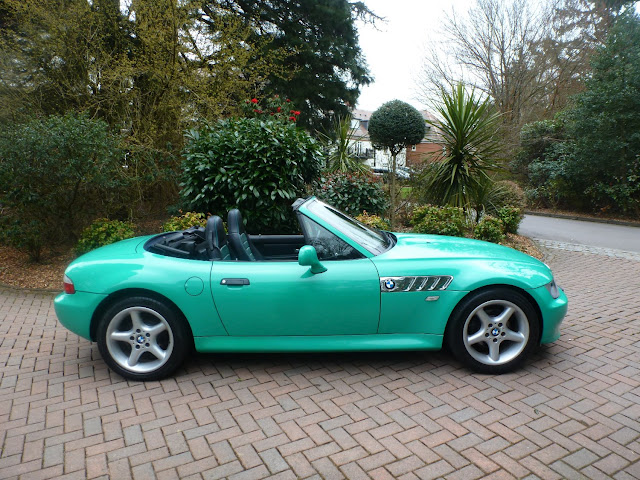 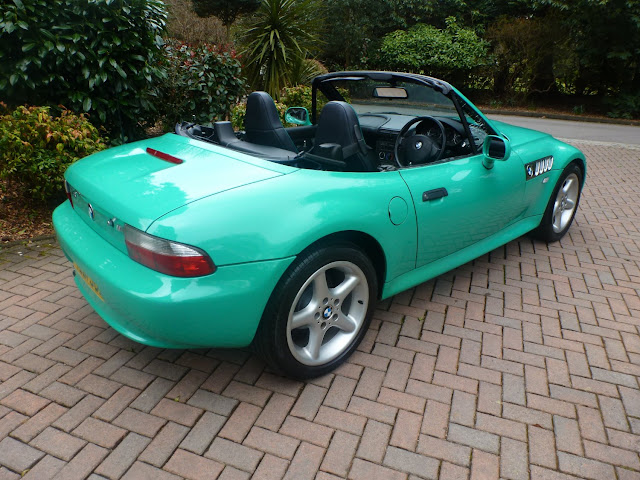 Posted by jeffharris at 21:49 No comments: 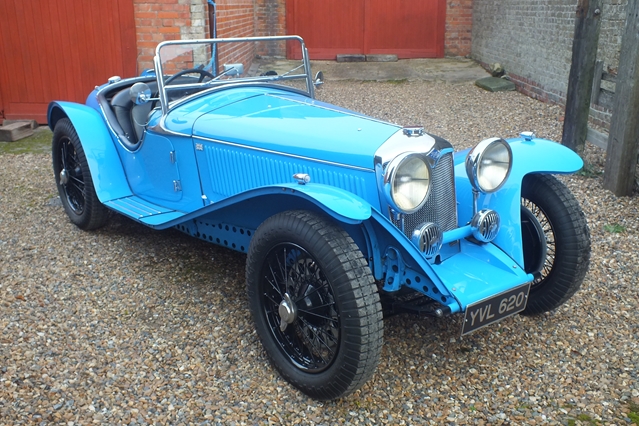 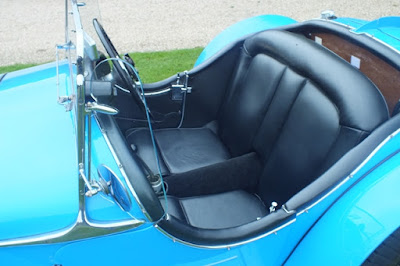 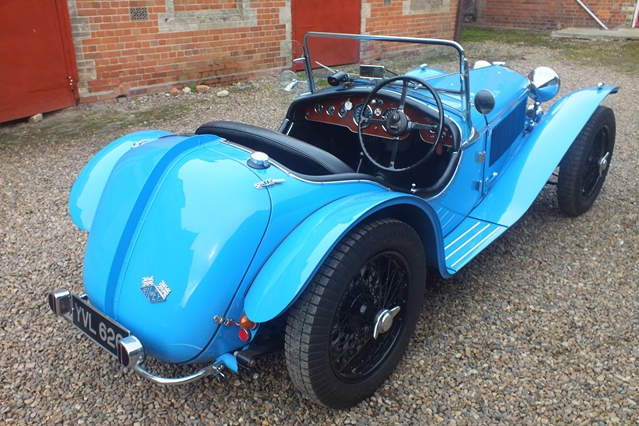 Posted by jeffharris at 13:28 No comments: 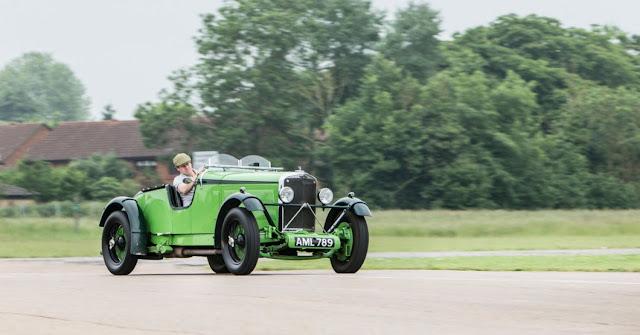 For anyone with even half an eye on the pre-war motoring scene, the Talbot AV105 Alpine Team cars won’t have gone unnoticed and thus will require little introduction. Designed by Georges Roesch, the works Talbot AV 105 Fox & Nicholl run team cars were hugely successful in both alpine road events and on the circuit. This success continues today with regular victories in both retrospective rally events as well as circuit events such as the Le Mans Classic and Goodwood Revival where not only do they regularly better much more exotic contemporary machinery but often pip a lot of post-war classics in the results tables.


Powered by a robust and lively 3-litre six-cylinder engine they produced over 100bhp at 3500rpm in the period and can be made to produce a lot more than this at higher revs now with the use of stronger engine internals. Mated to excellent handling, good brakes and easily operable pre-selector gearbox the combination both did and now does prove to be regularly unbeatable. One need only read Georges Roesch and the Invincible Talbot Anthony Blight to comprehend the level of success they enjoyed and also the unbelievable amount of Alpine testing carried out by Roesch to perfect his designs. As with the Bentleys and Lagondas of the period, many more standard road cars have been adapted to offer the experience of the racing cars on the same platform without the seven-figure price tags associated with the genuine team cars and we offer one such example here.
‘AML 789’ is well-known in historic circles and was rebuilt as a replica team car by Ian Polson for his son John to race. Using an original chassis and components sourced over many years by Ian Polson the rebuild was completed in 2009.  The Talbot was fitted with the first of the re-production aluminium block engines by Polson. This engine had been completed in 2006 and had the previous form having been fitted to one of the genuine team cars for a period of time. At this stage that genuine team car was raced successfully by the author and John Polson at Donington Park and even more successfully by John Polson and Patrick Blakeney-Edwards at the Le Mans Classic that year. When said team car was sold it was re-fitted with its original engine and thus the aluminium racing engine was spare and the ideal candidate for this rapid team car re-creation.
Once completed John Polson raced ‘AML 789’ with some considerable verve, picking up many strong results in historic racing over three seasons, with most of the results contained within the history file offered with the car. From Polson, the car went to a VSCC member who competed with the club until a leg injury forced him to purchase a different motor, and it was purchased by the current owner. A keen rally competitor and former winner of the Alpine Trial, the Talbot was purchased with rallies in mind and whilst outright victory has eluded his results have been strong and again photographs and results are included in the history file. During his ownership, the car has been back to Polson to be fitted with “calmer” shock absorbers for the road as well as a full windscreen and hood set up for long distance rally use. Recently the car has been with Dr Jonathan Rose who has done a lot of work on the brakes to ensure the car stops, as well as a 105, should.
The name Polson has been associated with Talbots for many decades and the Suffolk based concern have been responsible, at least to some degree, for the restoration and preparation of almost all the genuine team cars at some time or another.  To this end, this car comes from one of, if not, the most renowned Talbot racing stables in the world and performs accordingly. It is offered with a useful history file containing details of the work, photographs and results from events as well as FIA HTP Papers. It is well proven on both road and track and is the ideal race and rally weapon for those wanting to compete at the front. 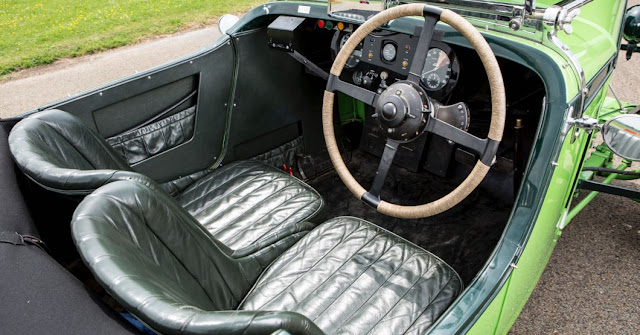 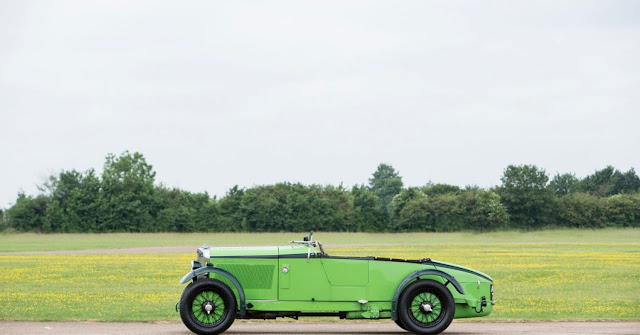