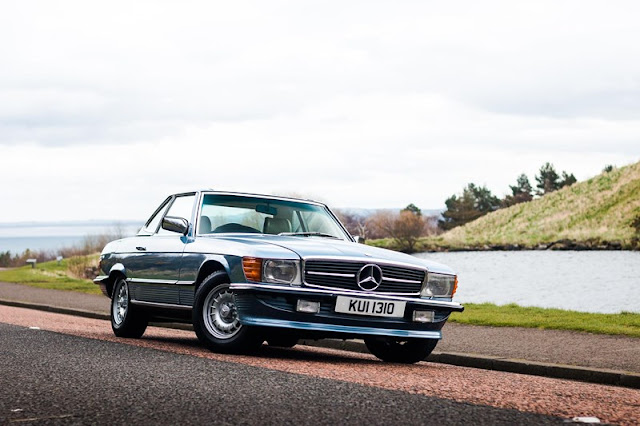 This car has been entrusted to Investor Classics to restore to former glory. The car belonged to a prominent family and the partner of the previous owner wished for it to be restored to near new levels of finish.

The car was suffering from cosmetic corrosion to every panel and the interior had begun to decay, however, the chassis and bulkheads were rot free.

Upon stripping the car down for a full cosmetic restoration, we realised that at some point in its history, the SL had been resprayed a much darker blue than the original Diamontblau that we found inside the door cards and on the VIN plate. The decision was made to return the vehicle to the original factory colour.

In addition to the exterior restoration (as seen in the photographs), the interior leather has been completely sanded back and recoloured. The exhaust manifold gaskets and brake lines have been changed, the 'Mexican hat' alloys have been refurbished and a full service has been carried out.

This car is now one of the finest available in respect of body condition and is available for viewing immediately.

ABOUT THE MERCEDES R107 SL

From July 1974 both SL and SLC could also be ordered with a fuel-injected 2.8L straight-6 as 280 SL and SLC. US models sold from 1976 through 1979 used the Bosch K Jetronic system, an entirely mechanical fuel injection system.

In September 1977 the 450 SLC 5.0 joined the line. This was a homologation version of the big coupé, featuring a new all-aluminium five-litre V8, aluminium alloy bonnet and boot-lid, and a black rubber rear spoiler, along with a small front-lip spoiler. The 450SLC 5.0 was produced in order to homologate the SLC for the 1978 World Rally Championship.

From September 198 Bosch KE Jetronic fuel injection was fitted. This system varied from the earlier, all mechanical system by the introduction of a more modern engine management "computer", which controlled idle speed, fuel rate, and air/fuel mixture. The final car of the 18 years running 107 series was a 500 SL painted Signal red, built on August 4, 1989; it currently resides in the Mercedes-Benz museum in Stuttgart, Germany. 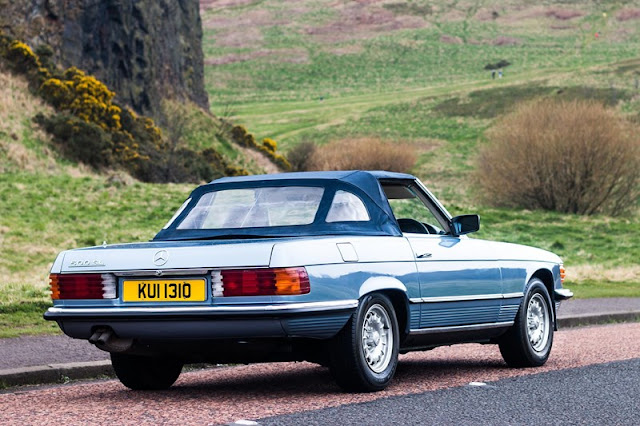 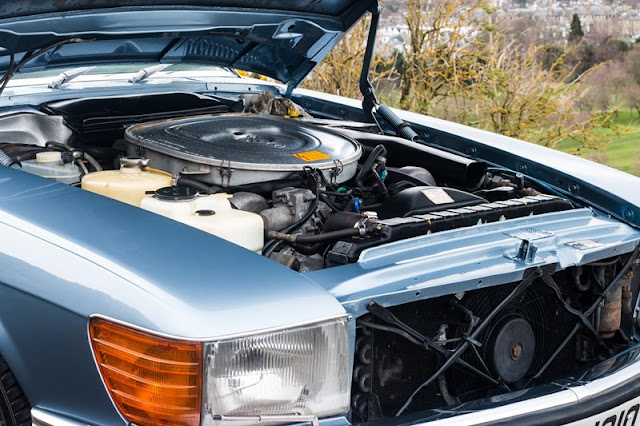 
SELECTED BY GRIFF THE DRAGON