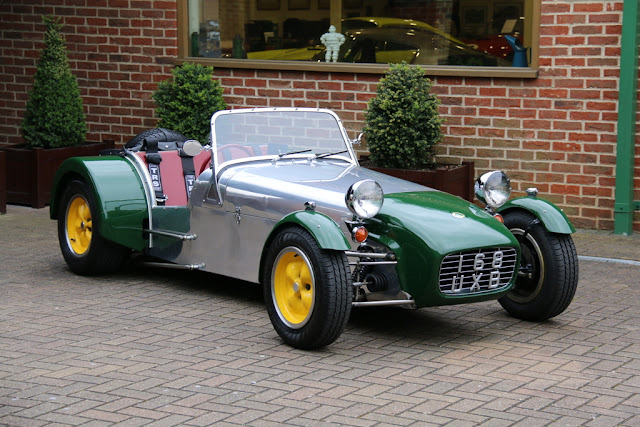 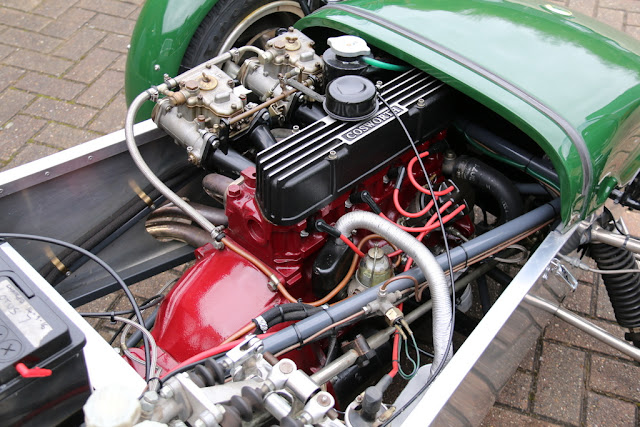 The Lotus Seven Series Two was produced from June 1960 to August 1968 with approximately 1310 examples being made over the 8 year period, mostly at the Delamare Road Factory in Cheshunt, Hertfordshire. The multi-tubular space frame chassis were produced by the Progress Chassis Company and later at the Universal Radiator Company. The Aluminium Bodywork was produced by the Alert Company and later by Arch Motors. 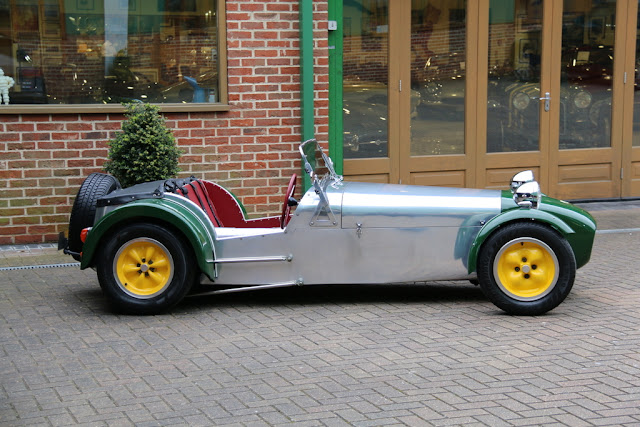 From a major European collection with a JD Classics customer, this 1962 Lotus Seven Series Two was supplied by the Delamare Road Factory on 13th February 1962 to a Mr B.T. Symonds of Wembley, Middlesex. The chassis, being a relatively early unit, was produced by ‘Progress’ and the bodywork by ‘Alert’. The Lotus 7 register has confirmed that the original engine was a Super Seven Ford 109E Cosworth unit with twin 40DCOE carburettors, although the Seven is currently fitted with a 1500cc Pre-Crossflow ‘Kent’ engine and twin 40DCOE Weber carburettors. This is mounted to a Ford '2000 E' Gearbox. The Seven was acquired by Henry Tombs and Mick Beveridge of Xanthos Sportscars around 2001. Henry & Mick restored Lotus 7s, 23s and 23Bs for over 15 years under the Xanthos name. During the restoration, it was decided to incorporate a suspension setup that was inspired by the Lotus 7/20 which was developed by a Lotus engineer, Hugh Haskell, with Colin Chapman’s blessing. (As the photograph of Chapman in a similar car supports). It used Type 20 (Formula Junior) suspension and included twin front wishbones and Independent rear suspension with Lotus 20 Uprights, Lotus Elite Differential, solid drive shafts, Rose Jointed rear trailing arms and Duel-Circuit brakes. Following a painstaking restoration, this delightful car has been carefully maintained by JD Classics since 2006 and recently took part in the 2016 Bernina Gran Tourismo. 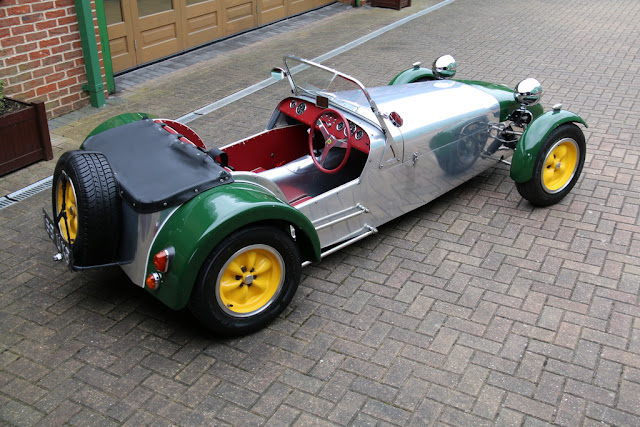 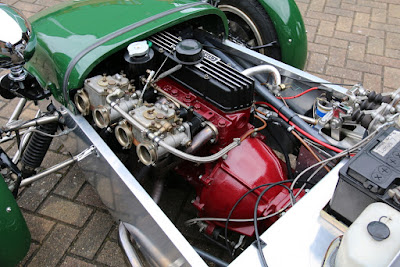 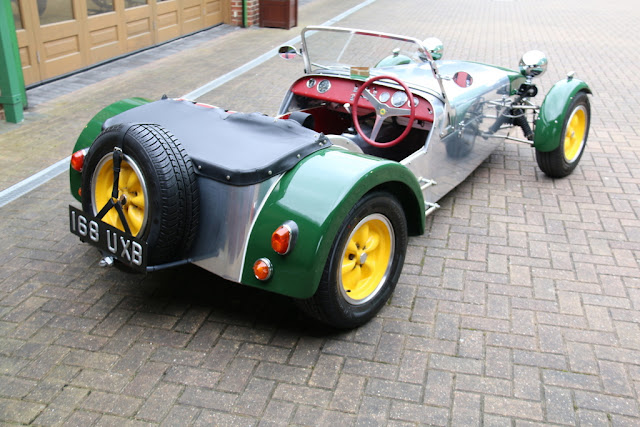 
FOR MORE DETAILS CLICK HERE
Posted by jeffharris at 21:44