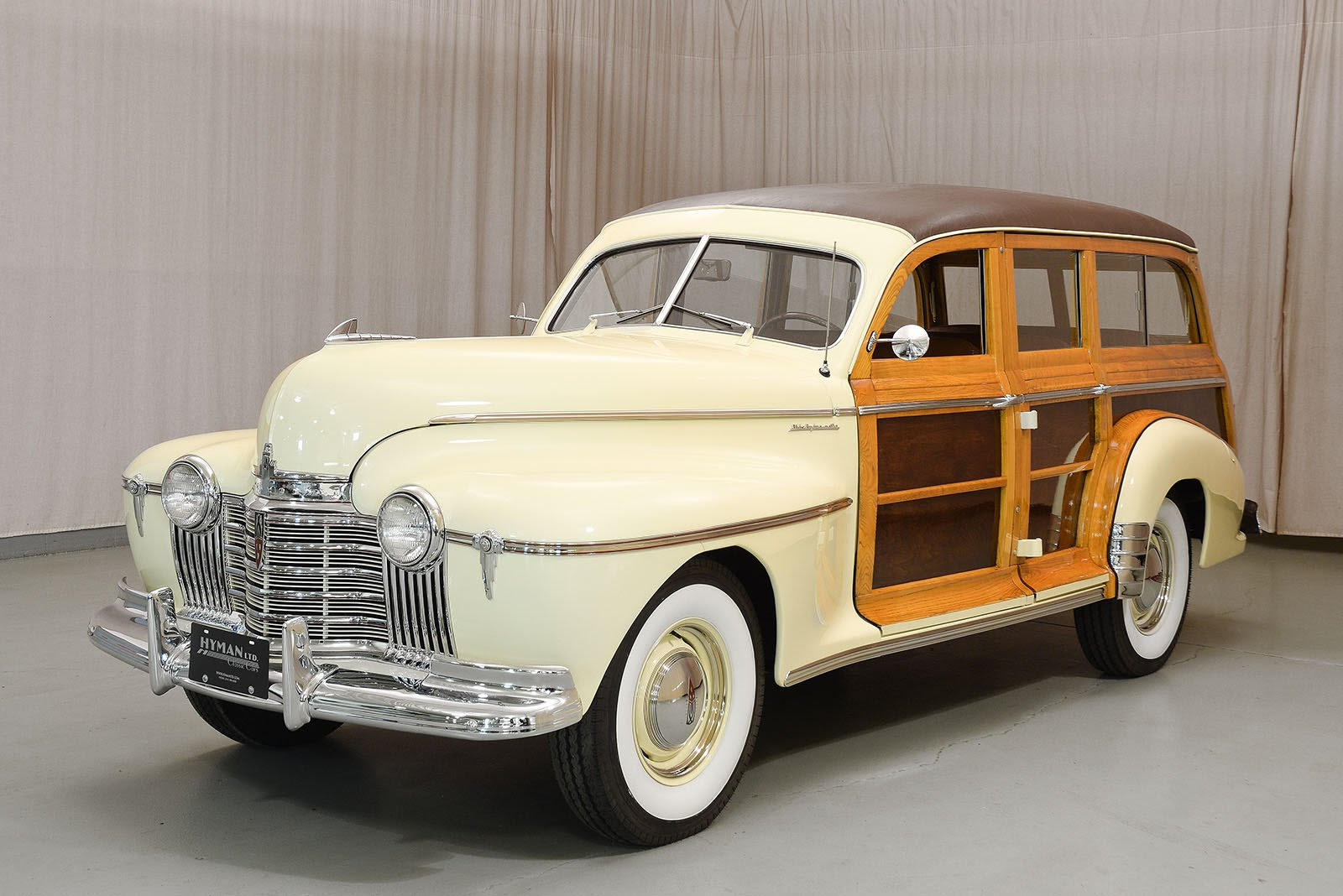 Oldsmobile went through a period of several name changes for their model lineup in the 1930’s and 40’s. The F-series and L-series were replaced in 1939 by a numbered series, starting with 60. In order to confuse thing even more, each series (60, 70 and 90) in the Oldsmobile lineup was given a name as well – Special, Dynamic, Custom Cruiser. And to add yet another layer of complexity, from 1941 onward, any Oldsmobile could be ordered with either the six or eight cylinder engine. Now, the “Series 66” denoted a Special with a six cylinder engine and “Series 68” indicated a Special with the eight-cylinder engine. Of course, as myriad of body styles could also be had with each series. Everything from the most basic 2-door business coupe up to an eight passenger wagon could be fitted to the Series 60 chassis. As was the tradition of the time, the wagon body was constructed of wood. GM used a variety of independent contractors to build their wood bodies, namely Cantrell, Ionia, and Hercules. But it was Hercules who was exclusively selected by Oldsmobile to build their bodies. Their work was notable for its exceptional quality and distinct upmarket looks with mahogany panels in the ash frame, rather than the less expensive Birch paneling used by Cantrell and Ionia. Of course, all of that hand-craftsmanship was expensive and it added a great deal to the sticker price of the mid-level Oldsmobile. As a result, it is believed that just 604 series 60 wagons were built in 1941, the final full year of production before WWII intervened. As with many similar wood bodied cars, attrition was generally high and it is not known how many survived weather and neglect.
Rare and exceptionally well presented, this 1941 Oldsmobile Series 66 wagon is one of the finest examples of its kind. The fabulous styling is incredibly cool and is a sure standout among other woodies. It has been meticulously restored; a true nut-and-bolt restoration in every sense of the term. The body is finished in a lovely period correct cream with a maroon interior and Everflex roof, a very handsome combination when combined with the beautifully restored wood. The interior is expertly trimmed, with a gorgeous dash and fine wool carpeting. Paint finish and panel fit are exemplary, and the woodwork, which is largely original, has been lovingly refinished to a warm luster. The magnificent chrome trim is gorgeous and surely cost a small fortune to restore to this level. Under the hood lies the robust 238 cubic inch inline six mated to a Hydramatic transmission. Engine bay detailing is executed to the same high standard as the rest of this wonderful Oldsmobile.
It is highly unusual to see an Oldsmobile woody from this period, and even more unusual to find any Oldsmobiles of this era restored with such care. Following its recent restoration by a specialist in Connecticut, the car was shipped overseas to its owner in Paris, France where it took part in a few select shows and events but was returned to the US very soon after. It has actually seen very little use since completion and remains thoroughly fresh. To our knowledge, it has as not been shown at any venue here in the United States since being restored. The quality and level of detail in the restoration make it an excellent choice as an AACA show car or top level concours entrant.
$115,000 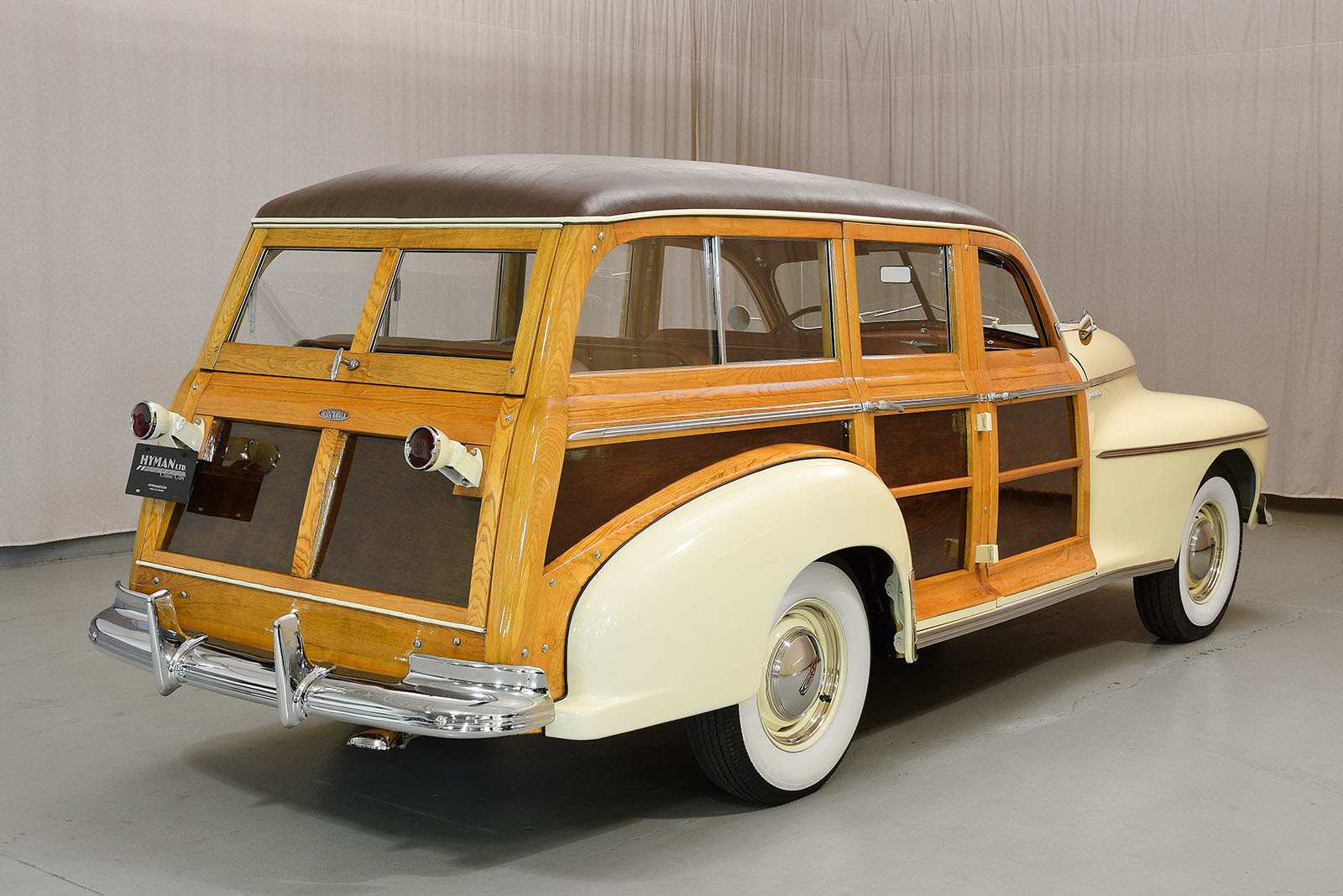 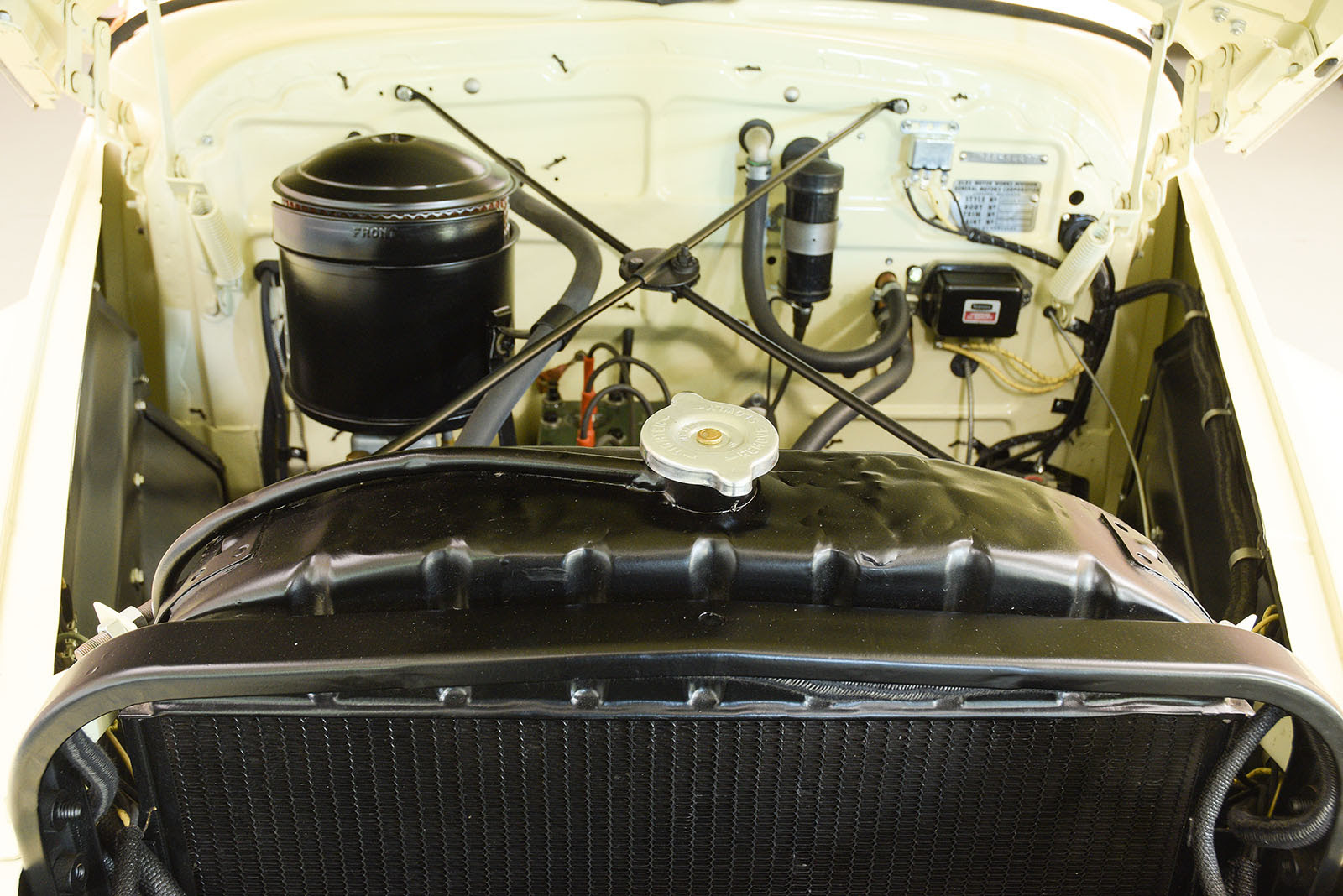 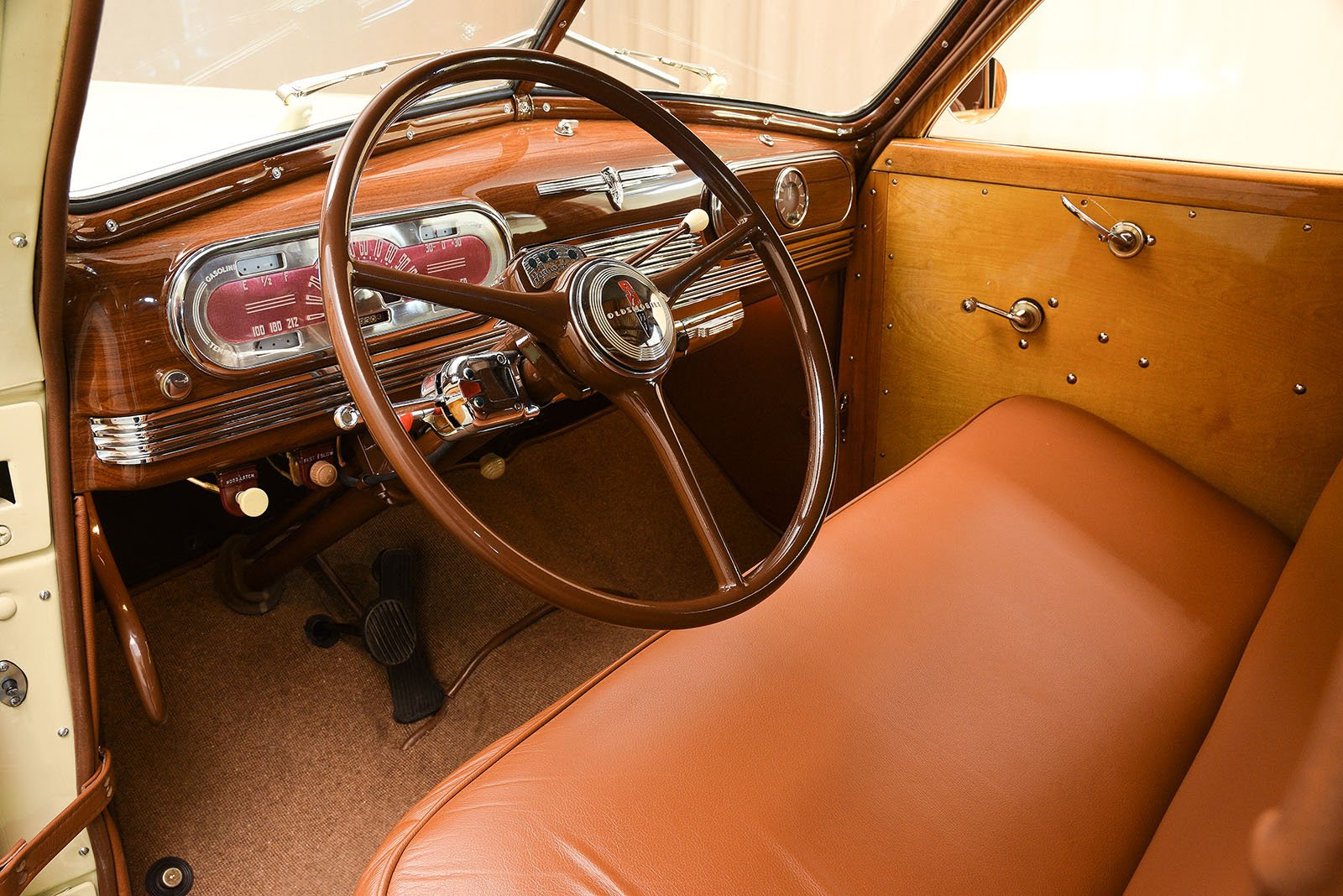