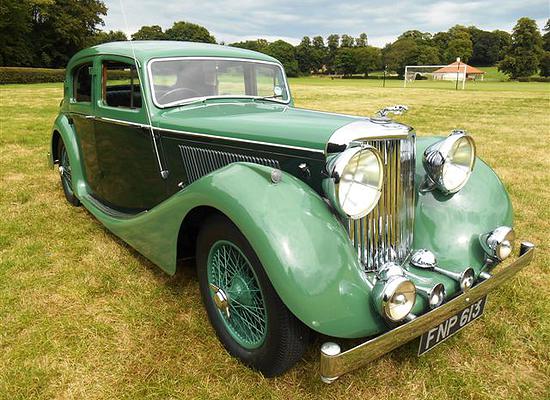 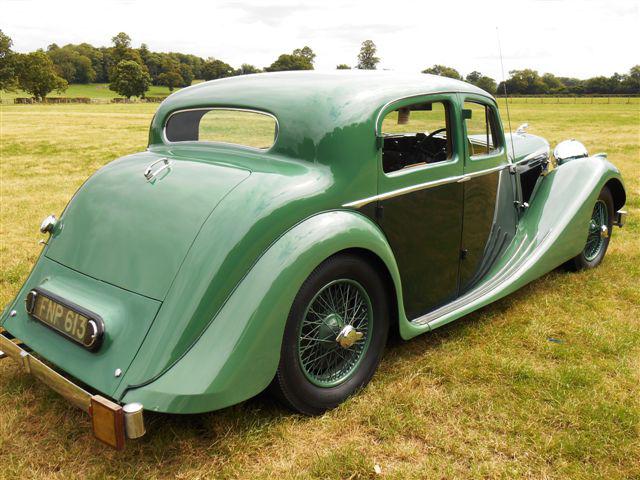 Sensing that war was imminent, William Lyons phased out car production at his SS Cars Ltd factory and focused on helping out the war effort. He continued to produce sidecars and trailers for the British armed forces and carried out repair work on RAF bombers.
These military contracts helped keep his company afloat during the war, and once the hostilities ended, they were ready to get back to producing motor cars, and with a name change, Jaguar Cars Ltd. was created.

Prewar sales for the S.S. products had been low especially in the United States. However, with a nation ravaged by war, Lyons had to press for this export market. Taking advantage of the strong U.S. economy and a new interest in elegant, well-made British automobiles (especially from returning Gi's), Jaguar quickly set up a dealer network across the Atlantic.


Jaguars cars were in fact so popular that one of the first 16 sold overseas went to actor Clark Gable.

The Jaguar Mark IV, in fact pronounced mark four, was built by Jaguar from 1945 to 1949. It was a relaunch of a pre-Second World War model made by SS Cars Ltd from 1936.


The 3½ Litre model we have on offer here was manufactured in1946, being essentially the same body and chassis as the 2½ Litre but the larger 125 bhpengine giving far better performance.
The rear axle ratio was also changed to 4.25:1 as opposed to the 4.5:1 on the 2½ Litre models.
Purchased by the last owner in 1998 'FNP' remains in good order. The chrome work is generally very good together with the mellowed interior. Interior door panels and carpets are also very good.
'As new' headcloth, working rear blind and lovely instrument dash display.
The car in general carries an older mellowed patina expected of an older restored motor car.
Within the vehicles large history folder is contained a number of interesting articles.
To include....
Period 'Buff Logbook' dated circa 1960's
Number of Autocar articles detailing the Jaguar 3 ½ model.
1948 Autocar road test on the 3 ½
1946 Jaguar 3 ½ Instruction manual.
Large selection of photographs showing the car at various events over the last 20 years.
If only the feeling achieved when you drive such a majestic car could be bottled!
This iconic looking motor car is currently on display in our museum 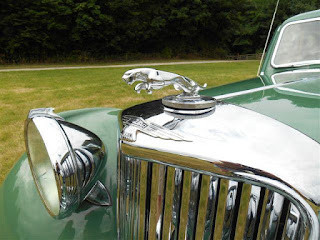 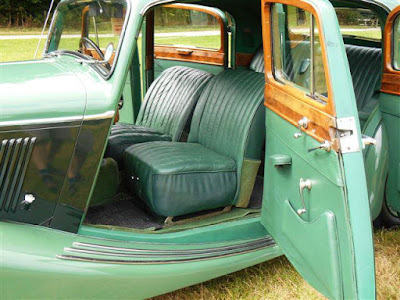 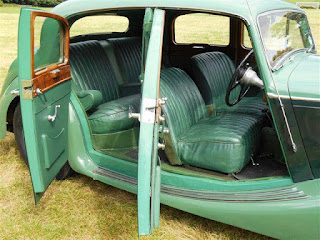 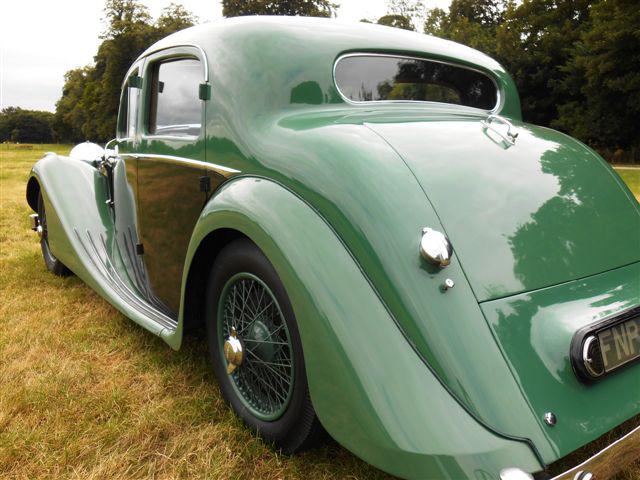 MORE IMAGES CAN BE VIEWED AT:
http://www.mathewsons.co.uk/showroom-sales/78-1946-jaguar-mark-four-31-2-litre

"CLASSIC OF THE DAY" IS BROUGHT TO YOU BY:
CLASSIC CHATTER
Visit our website at: www.classicchatter.co.uk

Classic Chatter would like to thank all who take part in this feature
your participation is much appreciated.
Posted by jeffharris at 14:09