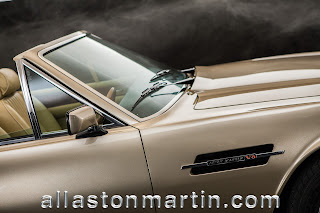 Announced on 21st June 1978 the V8 Volante was built to satisfy the persistent demands for new open four seater cars. Ably demonstrated by the escalation in prices of used Aston Martin drop-head coupés, particularly in the United States. Its specification follows the contemporary V8 saloon series IV (Oscar India) announced four months later, sharing revised rear body lines, bonnet (the carburettor bulge with dummy air scope now closed at front), burr walnut dash board and door cappings. The convertible hood is fully lined and power operated. The engine, was by then the well tried and tested all alloy V8 designed by Tadek Marek that had made its first appearance in January 1967 at the Racing Car Show in London and raced by Lola in their Type 70 Mk III GT. The first V8 Volante was road tested by Motor Magazine on the 3rd of March, 1979, when 0-60 M.P.H. in 7.7 seconds and a maximum 150 M.P.H. were recorded. All production until March 1981 (save the prototype) was exported to North America, with home and continental European markets following thereafter. In 1983, the Volante shared a number of detailed improvements with the series IV saloon such as, revised heating & ventilation controls and BBS alloy wheels.
Production amounted to approximately 438 cars, between June 1978 & January 1986. However, as the majority would have been for export the used market in the U.K. remains under supplied.
Summary
The Aston Martin V8 Volante is a car that is evocative of its age – this example, one of the 245 Series II Volante’s that enjoyed the benefit of years of development and of course the more tractable Webber fuel injected engine, is a perfect example of that timeless quality.
Finished in Champagne with a Beige hood, it is a true classic and with its low mileage, first class condition and clear ownership history is a car ready for this Summer’s motoring events. 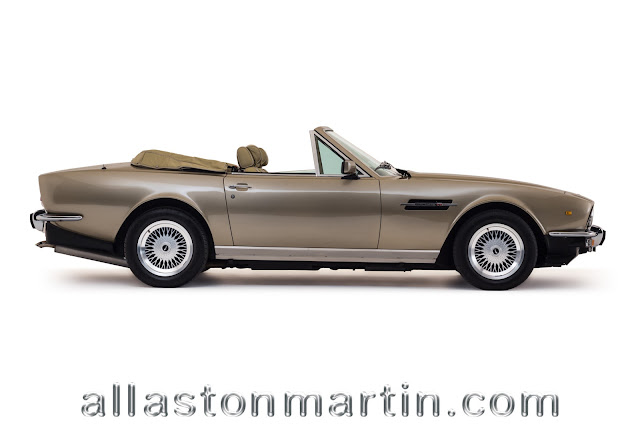 Vehicle History
There is a copy of the original Aston Martin Warranty, issued on 12th May 1987 that names the owner of the car as North Sadyan Inc. but the original Certificate of Ownership more clearly records the first keeper of this wonderful car as El-Khoury of Brompton Road, London and the ownership folder contains copies of registration documents that allow one to follow the ownership cycle.
The first recorded change in October 1987 is to a Mrs Mouna Al-Ayous but the address is a car storage facility in Newport Pagnell and whilst it would have appeared to spent the majority of its first ten years of life in storage, it was acquired in September 1997 by a Stuart Katz who originally registered the car in his company name – Miren Ltd – but subsequently in April 2003 transferred registration to his own name at the same address in Kingston upon Thames.

The last change of keeper was in February 2007 by a Hertfordshire based businessman and car enthusiast and the Aston Martin shared a garage with a rather remarkable Alvis TD21.
After an initial upgrading of sound and security systems, the car has been serviced assiduously maintained in spite of a modest annual mileage and is presented in fabulous condition. Sad to report this is a sale on behalf of the owner’s estate and the family are understandably sad to see the departure of the owner’s pride and joy. 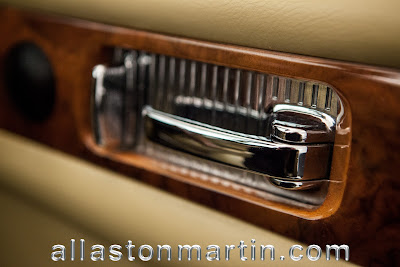 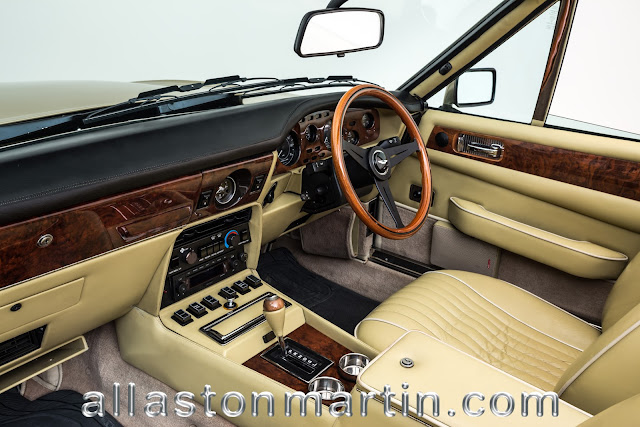 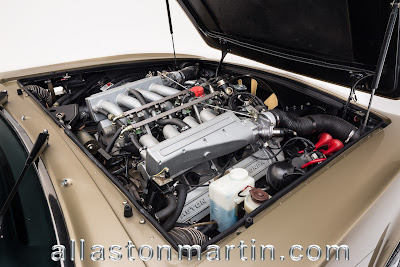 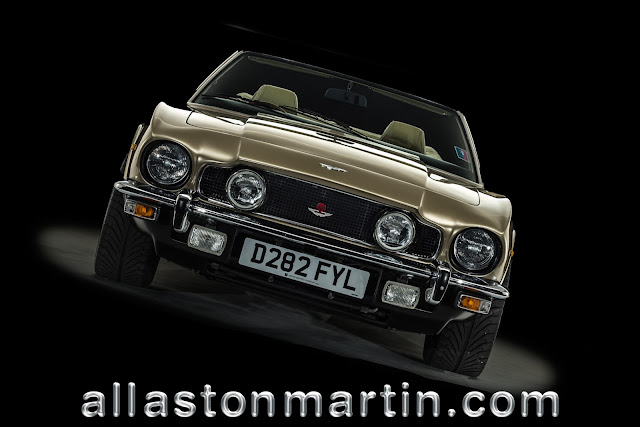