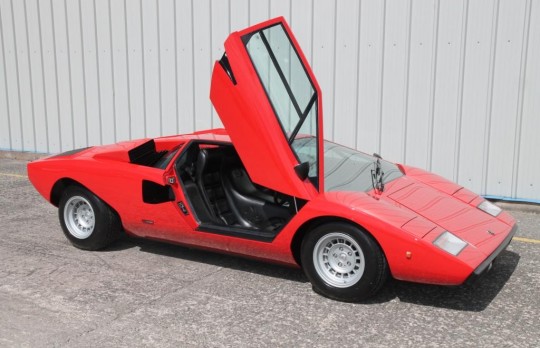 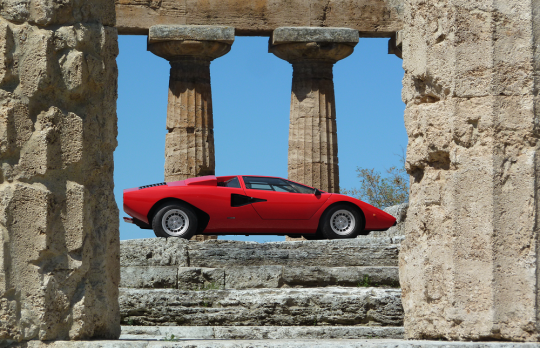 The LP400 Periscopio is extremely rare, with only 157 cars produced in total. It is the purest type, and most faithful to the original concept that stunned the world at the Geneva Motor Show in 1971. For this reason, the LP400 is far and away the most collectable genre of Countach. This lovely example has travelled only 58,000 kilometres (less than 35,000 miles) from new and is one of the 17 factory RHD cars.
The car has a fascinating history. By arrangement with the Australian importers, the first owners collected it directly from the Lamborghini factory and proceeded to go on a grand tour of Europe. Two weeks later, the car returned to the factory for a routine service with 3,449 kilometres on the odometer! Its first owners continued to enjoy the car in Europe and the UK for several months, and after a service in June 1978 in the UK, with 16,276 kilometres showing on its odometer, the car was shipped to Australia, where it would live for the next 36 years. 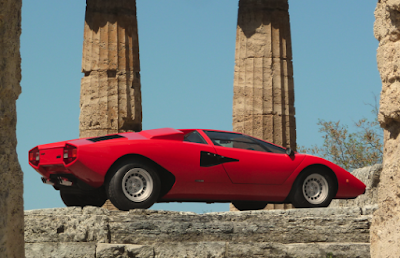 Shortly after returning to Australia, the car was converted to LP400S specification, but this was immediately reversed by the current owner when he purchased the car in September 2005, apart from the upgraded rear suspension. The car was repainted in its correct shade of Rosso but retains what is believed to be its original Nero interior. The engine was rebuilt almost twenty years ago. The original rear suspension is still with the car, should refitting it be desired in the future for 100% originality.

Today, the car presents and drives magnificently, and it must be one of the finest surviving examples of an early Countach. Piloting this missile on the right road is just as breathtaking and visceral as it ever was, and it's still very much in a full state of readiness. It was recently driven at high speeds around Goodwood for a prime-time TV programme. Complete with its tool roll and an extensive history file, including owner's manual, original warranty card, and delivery documents. 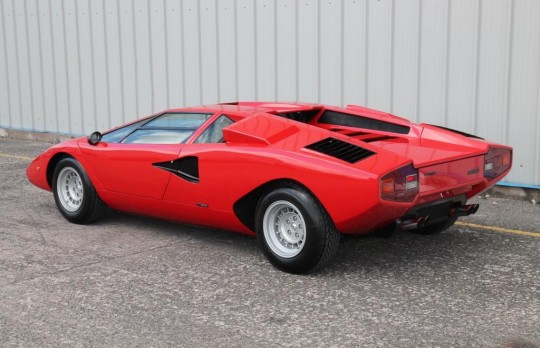 The UK Sepsis Trust (UKST) was established as a charity in 2012 with the objective of saving 12,500 lives every year. We are committed to changing the way the NHS deals with Sepsis, to increase public awareness and supporting those affected by Sepsis. Every penny you donate is valuable in helping us achieve our goals, together we can help to mend Sepsis.

TO UNDERSTAND MORE ABOUT SEPSIS: CLICK HERE
Posted by jeffharris at 20:59