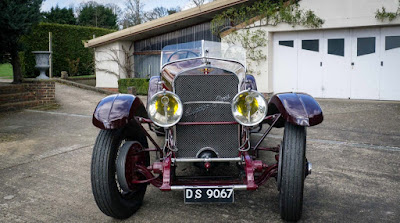 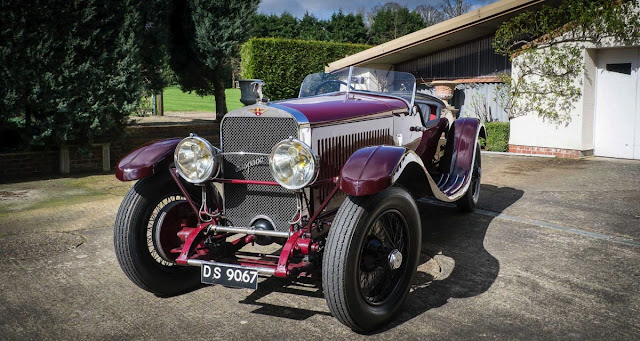 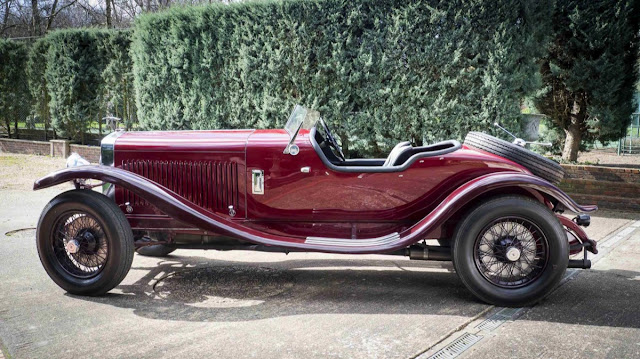 In 1919, having built a reputation for manufacturing some of the finest aero engines, Hispano Suiza's lead engineer, Marc Birkigt, from Switzerland turned his attention to motorcar design. The first model produced after World War 1 was the 6.5 Litre H6B. It was without doubt technically the most advanced car in the world. Many of the cars produced carried elaborate formal coachwork. The smooth and powerful engine, superb transmission, brakes and steering, combined with the excellent chassis provided a perfect platform to build such cars.

The H6B chassis in shortened form was also used for competition and was very successful. One of the most famous results was at the prestigious Georges Boillot Cup held in 1922 at Boulogne. The factory prepared 5 short chassis cars, with a slightly enlarged engine. The outright victory was the result for Ballot and a second for André Dubonnet. In 1923 the same result was obtained using the 8 Litre H6C Chassis.


Dubonnet entered one of the 1922 cars for the 400km race at Monza, winning the larger class. The short chassis cars were also raced at Indianapolis with great success. Over the years there has been some confusion and argument among motoring historians as to exactly when the epithets "Monza" and "Boulogne" came to be used for the competition cars, which applied to which engine size. One of the most respected experts was none other but "Jabby" Crombac, the highly respected Formula One journalist who worked for Autosport and launched Sport-Auto in France.


This car was originally supplied with a very light and sporting skiff coachwork by Labourdette to Suzanne Deutsche de la Meurthe. She was Henry Deutsche de la Meurthe’s daughter. Henry was one of the richest men in Europe. His company, Jupiter Oils, merged with Shell to become Shell France. Henry founded the Automobile Club de France with the Count of Dion (of De Dion Bouton fame.) Suzanne had a great passion for aviation and was instrumental in rebuilding the aero industry in France after WW11. Both her father and she received the Legion D’ Honneur.


“Jabby” Crombac purchased this car in the late 1950's and proceeded with an exciting project to restore the car as short chassis competition model. None of the original racing cars existed, but with the help of an experienced ex Hispano factory engineer, he obtained some original Hispano competition department parts, including the shortened prop shaft. Crombac's work was completed with help from Louis Rossigneux the Hispano factory engineer mentioned earlier and John Bolster the highly respected British motoring journalist. Rossigneux fitted an uprated camshaft, back axle and carried out other performance modifications. The result is a car which is capable of 120MPH 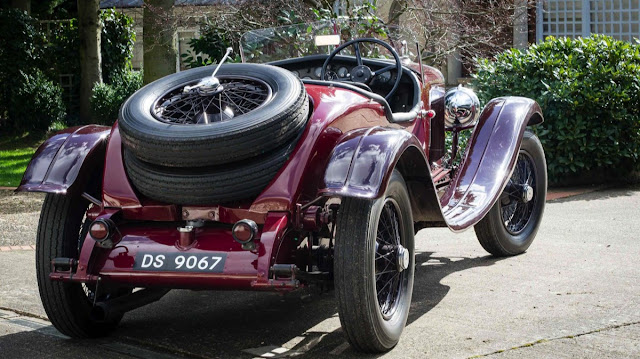 KEEPING IT CLASSIC
2010-2018
Disclaimer:  Whilst Classic Chatter ("we") attempt to make sure that the information contained in this website is accurate and complete, we are aware that some errors and omissions may occur from time to time. We are not able, therefore, to guarantee the accuracy of that information and cannot accept liability for loss or damage arising from misleading information or for any reliance on which you may place on the information contained in this website. We highly recommend that you check the accuracy of the  information supplied. If you have any queries with regard to any information on our website, please contact us at  jeff.classicchatter@mail.com