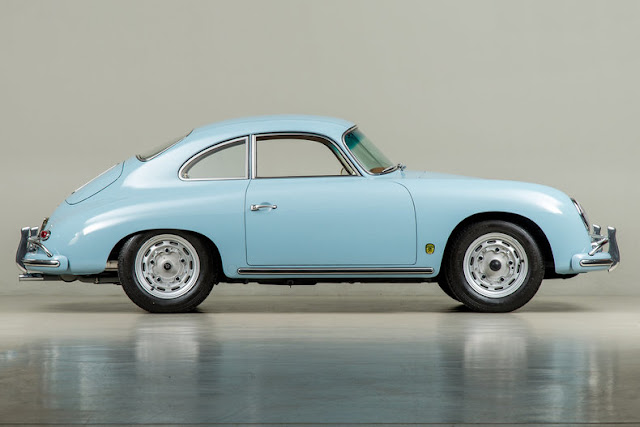 Introduced as the successor of the first 356 in Autumn of 1955, celebrating Porsche's 25th anniversary and 10,000th car ever made, the Porsche 356A was born. More powerful engine choices and a host of different visual design cues was Porsche's way of evolving the look of the 356 that would see its production go onto 1965.

This Meissan blue 356 would be produced on July 9th, 1957, and was destined for the U.S., originally optioned with sealed beam headlights, the speedometer in miles and with USA bumpers. It would then be shipped from Germany and imported to Hoffman, New York.

In 2005, the 356 would be commissioned to have a full ground up Concours restoration by its then owner Charlie Presta. The meticulous 2-year restoration would be carried out by Restoration Works of Chico, California. With a large photo album that shows the restoration, the car was installed on a rotisserie and stripped down to just its steel tub, properly refinished, corrected and repainted in its original Meissan Blue colour. The interior received all new upholstery and the gauges were rebuilt. The suspension was completely gone through and the engine was entirely rebuilt, pushed out to 1720cc in the process for extra power. The transmission was also gone through and made sure that each of the 4 gears shifted beautifully. 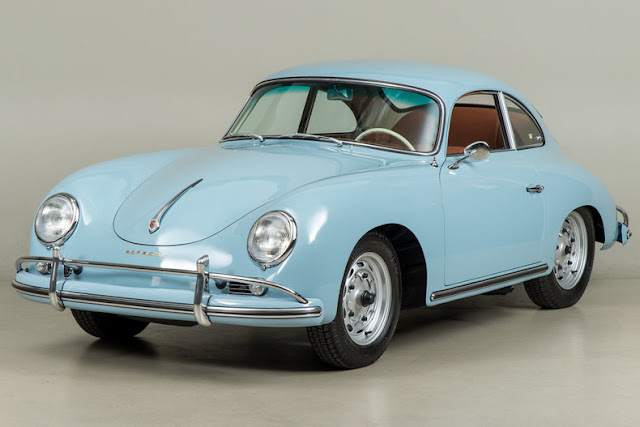 Completed in 2007, the car would then go to a number of shows over the next few years, taking home two "Best of Show" and seven "First in Class" awards with the stunning 356. Canepa would then acquire the car in 2012. When it arrived at Canepa, the 356 was still in Concours condition from adding so few miles since the completion of the restoration. It was then sold to a Northern California owner who took the utmost care in the car. During his 5-year ownership, the car remained in almost undriven condition, adding less than 1,300 miles to the odometer.

Upon arriving back at Canepa, the car still looked as though it had just completed its Concours restoration. The car was completely serviced and every system was gone through from front to back, making sure that everything was in perfect working condition. It was also subjected to a full "Canepa Difference" Concours detail. This included hand cleaning the entire underside of the car, engine bay, trunk and interior, making it look as clean as when it rolled out of the Porsche factory. The Meissen blue paint was painstakingly polished to make sure that it shined as if it had just completed its restoration. Mechanically ready to take a cross-country tour and cosmetically fit to bring home a best of show, this Porsche 356A will please any and all air-cooled Porsche lovers
. 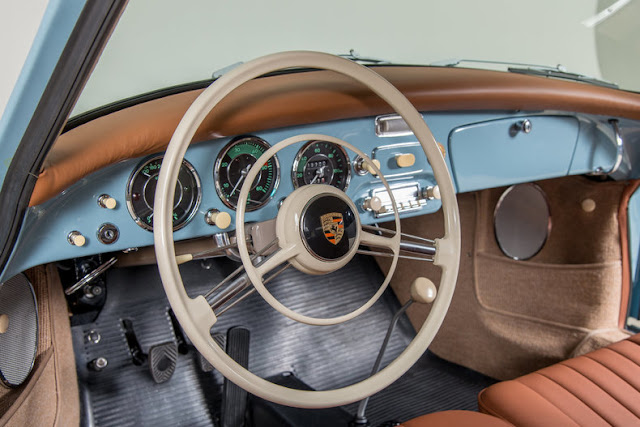 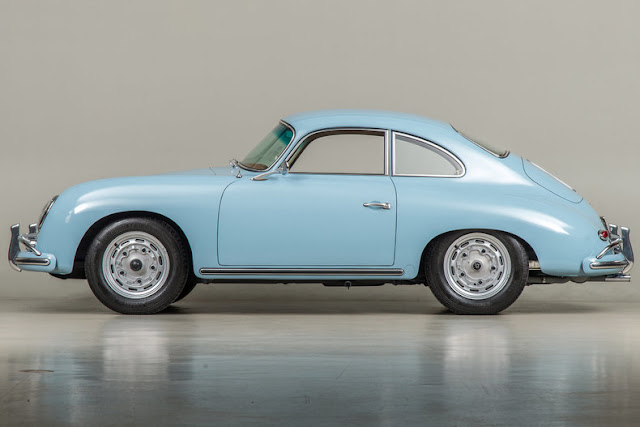 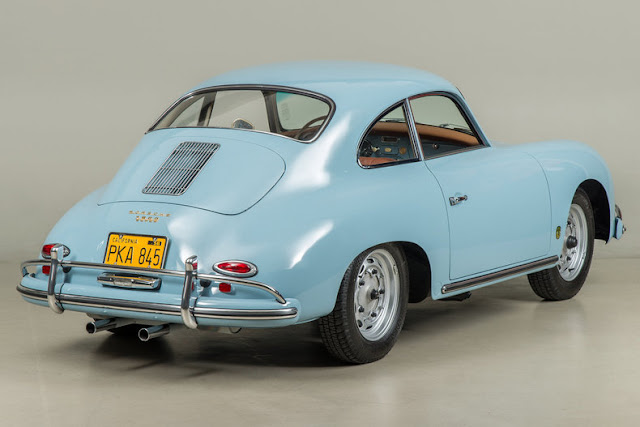