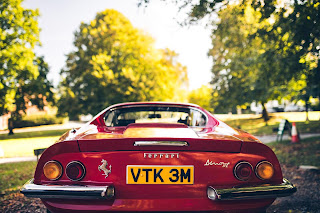 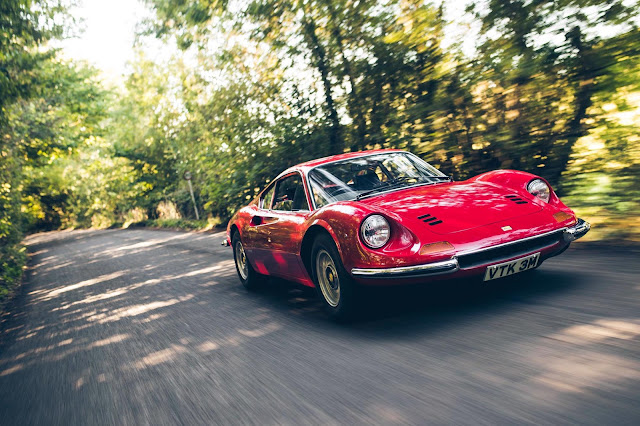 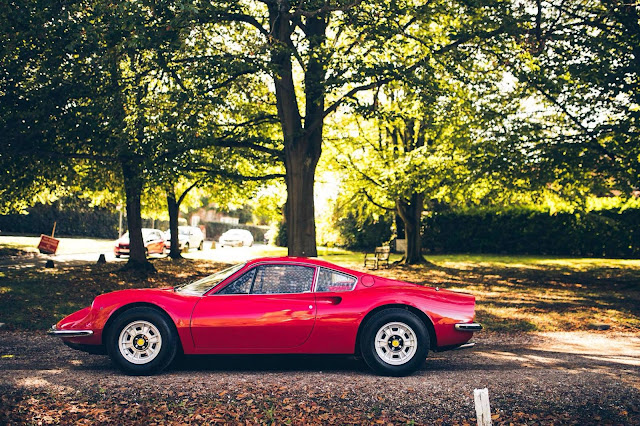 A UK delivered RHD Dino with only 28,000 original miles and 1 owner for the last 43 years.

'It is a thrill to drive a car like the Dino, one whose capabilities are far beyond what even an expert driver can use in most real-world motoring, and that is Dino's reason for being. The real joy of a good mid-engined car is in its handling and braking and the Dino shone as we expected it to. The steering is quick without being super quick, and it transmits by what seems a carefully planned amount of feedback exactly what is going on at the tyres. Thanks to the layout's low polar moment of inertia the car responds instantly to it. The Dino's cornering limits are very high... ' – Road & Track.

It was the need for a production-based engine for the new Formula 2 that had prompted the introduction of a 'junior' Ferrari, the Dino 206 GT, at the Turin Motor Show in 1967. The latest in a line of Dino V6 'quad-cam' engines stretching back to the late 1950s, the new unit proved as successful on the racetrack as in the showroom, Derek Bell and Ernesto Brambilla both winning races in the European Championship, while Andrea de Adamich triumphed in the 1968 Argentine Temporada series.

Building on experienced gained with its successful limited edition Dino 206S sports-racer of 1966, Ferrari retained the racer's mid-engined layout for the road car but installed the power unit transversely rather than longitudinally. A compact, aluminium-bodied coupé of striking appearance, the Pininfarina-styled Dino - named after Enzo Ferrari's late son Alfredino Ferrari and intended as the first of a separate but related marque - was powered by a 2.0-litre, four-cam V6 driving via an in-unit five-speed transaxle. The motor's 180 brake horsepower was good enough to propel the lightweight, aerodynamically-efficient Dino to 142mph, and while there were few complaints about the car's performance, the high cost enforced by its aluminium construction hindered sales.

A 2.4-litre version on a longer wheelbase - the 246 GT - replaced the original Dino 206 in late 1969. Built by Scaglietti, the body was now steel, and the cylinder block cast-iron rather than aluminium, but the bigger engine's increased power - 195bhp at 7,600rpm - adequately compensated for the weight gain. A Targa-top version, the 246 GTS, followed in 1972. The Dino 246 was built in three series: 'L', 'M', and 'E', these designations reflecting detail changes in the specification.

Originally finished in Azzurro Metallizzato with black vinyl interior, chassis number '06648' - a right-hand drive E-series car fitted as standard with Cromodora alloy wheels - was delivered to the UK's official Ferrari importer, Maranello Concessionaires, in June 1973. In August of that year the Dino was sold to its first owner, Barry Jones of Ringwood, Hampshire, passing to its second owner, Tony Burke of Bishop's Stortford, Hertfordshire early in 1975. The 3rd owner purchased the car from Mr Burke in November 1975 (at 17,000 miles) and had been its custodian until this year.

The 3rd owner had used the Dino sparingly and has tried to cover 500 miles annually for the last 8-10 years. Original apart from the changes detailed above, the car comes complete with its original leatherette wallet with handbook and duster; original wheel chock, jack and tool kit; two ignition keys; and a most comprehensive history file containing MoTs and bills.

While not quite as fast in a straight line as its larger V12-engined stablemates, the nimble Dino was capable of showing almost anything a clean pair of heels over twisty going. Truly a driver's car par excellence, it is still highly regarded today. Every Ferrari collection should have one, and this well-documented example, benefiting from long-term ownership and offered for sale for the first time in over 40 years. 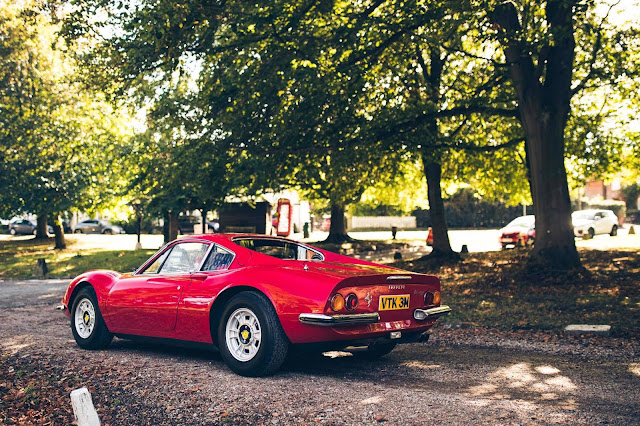