OUR SELECTED DEALER TODAY IS: 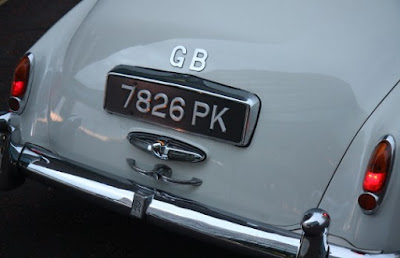 This car is one of three right-hand-drive Silver Cloud I original Drophead Coupé Adaptations by H.J. Mulliner, making it a most rare and desirable offering. It has been based in London virtually since new, having originally been delivered in July 1959 to A. Robert Gooda, of Goodhale Engineering Ltd., who was a devout Bentley and Rolls-Royce enthusiast and a great customer of the factory. Mr Gooda specified to have the car built with several bespoke options, as is indicated by original build records. The car is well documented, including mentions in several archival publications, most prominently Lawrence Dalton's Rolls-Royce: The Classic Elegance, James Taylor's Original Rolls-Royce and Bentley 1946–65, and Davide Bassoli's definitive work on the model, Every Cloud Has a Silver Lining. 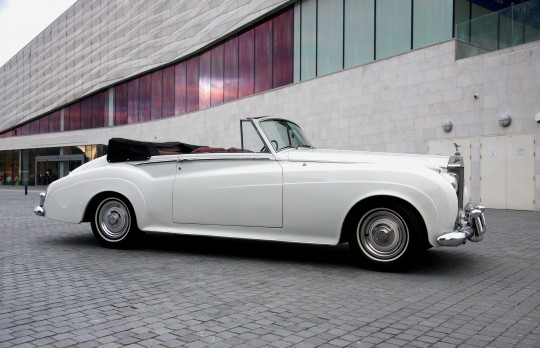 Mr Gooda owned his Silver Cloud I until 1975, when it was sold to its second owner, Sir Ken Adam, the renowned British film production designer who is best remembered for his work on the classic James Bond films. He designed every set on the first eleven Bond films from Dr.No through to Moonraker, and has been credited with stamping the Bond "look" on screen. Sir Ken has been nominated three times for an Academy Award and has won twice.
Sir Ken was a great fan of this Rolls-Royce, and for many years during his long career, the car was shipped to wherever he was working, all over the world. Even when he travelled to Hollywood the Silver Cloud I followed him, accompanied by its own driver. It was a common sight in the movie studios' backlots in Hollywood. 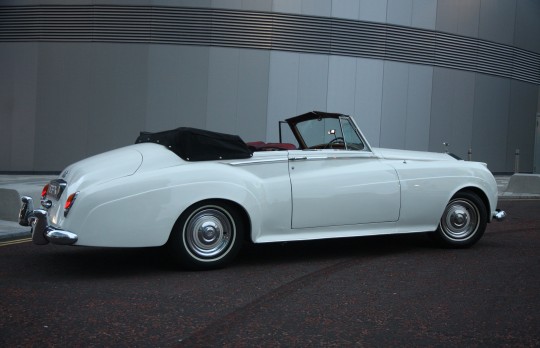 The car is presented wearing an older but presentable Porcelain White repaint, as well as a lovingly much-patinated red leather interior with wool carpeting and exquisite wood veneer trim, all of which is believed to be highly original. It is an honest automobile that looks exactly like what it is: a Rolls-Royce that has been owned and used for enthusiastic touring all over the world by the same owner for the last four decades. 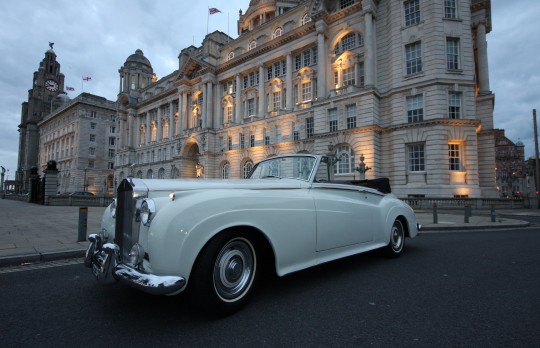 Here is a quotation from Sir Ken.
"One night, many years ago, I saw it in the window of a used car dealership near my house. The next day I went in to buy it but they told me: 'you're not the right person for this Rolls.' And I said: 'well, how do you know?' Actually, the man who ran the business was very nice. He was an old ex-naval commander, and I was pretty young. He just thought it was not the right type of car for me – that I was more of 'a sports car person'. Still I thought the Rolls was very pretty and so I bought it anyway. It cost something like £20,000, which I could afford – I can't remember exactly how much.
I've always loved cars. I've had E type Jaguars and a Mercedes 540K. The Mercedes was super-charged which was fantastic even though it guzzled so much petrol, which was a problem after WWII because of the fuel rationing. I guess a two-door Rolls Royce convertible is something like their sports car version; or as close to a sports car a Rolls can get.
Until recently I used the Rolls more or less every day; for example to go to the swimming pool, a 15-minute drive from my house in Kensington. Now I don't really need it anymore so I keep it in the garage. I have only pleasant memories of my Rolls. I can't remember that it ever let me down. I've used it all over Europe: I drove with it to Italy and Spain, to France, everywhere. It has travelled over 250,000 miles."
This car drives beautifully, the factory-fitted PAS tracking unusually straight and true. A very collectible car with a unique 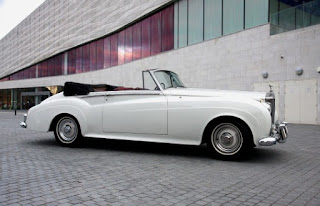