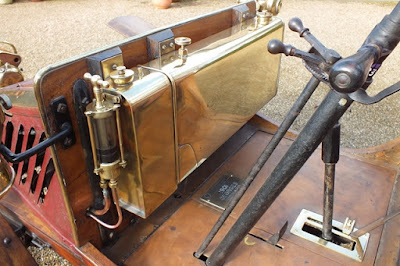 Georgano’s excellent Complete Encyclopaedia of Motor Cars tells us that car manufacturer Société des Anciens Établissements Georges Richard was founded in Paris suburb Ivry-Port in 1897. They initially made Benz-like voiturettes but by 1900 they had moved on to selling Brussels-built Vivinus cars under their own name. This 1901 two cylinder 8hp four-seat car is a fine example of what they produced and it comes complete with its all-important Veteran Car Club Dating Certificate number 1899 which tells us it is a Type E with chassis number E70 and engine number 70. 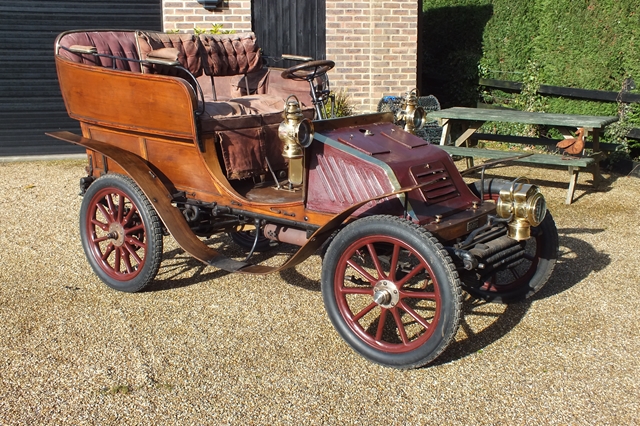 The file includes some very interesting annotated photographs which appear to be part of its original VCC dating application, these are in themselves fascinating as they tell you a great deal about the car. In addition, there are invoices totalling £17,320 plus VAT for veteran car specialist work done on the engine and gearbox during its current ownership.
The first thing you notice is its amazing patina – apart from necessary mechanical work I am as sure as I can be that the car has never been restored so is about as original as you can get. Its wood panelled swing seat tonneau coachwork (complete with wooden wings) is in very sound condition and as I have already said has the sort of lovely finish which only age can bestow - I am also pretty sure that the seat upholstery is original. You could refurbish the car if you wanted to but I personally think it should have a “do not touch” preservation order put on it were such a thing possible!
The second thing that strikes you is how nice it is to drive and just how well it goes. The strong engine starts readily and gives the car a very good turn of speed. After a bit of instruction the belt driven transmission is easy to use and the steering is positive, the ride is good and the brakes are fine as long as you remember you are driving an 116-year-old car!
All in all this is a very special car which is a joy to look at and a pleasure to drive and you certainly won’t come across many others on your travels – furthermore as a 1901 car it gets the benefit of being an early starter on the London to Brighton Run so you are ahead of much of the traffic coming out of Hyde Park and going through south London. I confidently expect it will give you a very enjoyable drive on this most important of veteran car runs as well as many other old car events. 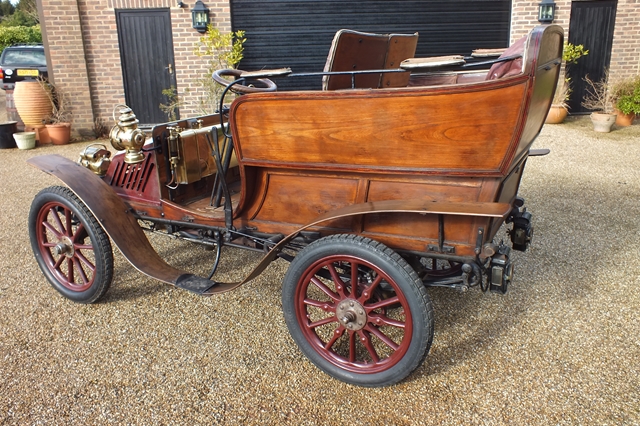 SELECTED BY: THE LAZY SQUIRREL@CLASSIC CHATTER

TO UNDERSTSND MORE ABOUT SEPSIS: CLICK HERE
Posted by jeffharris at 21:57