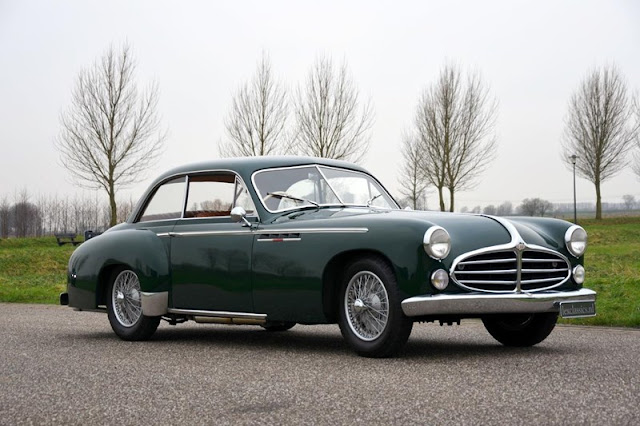 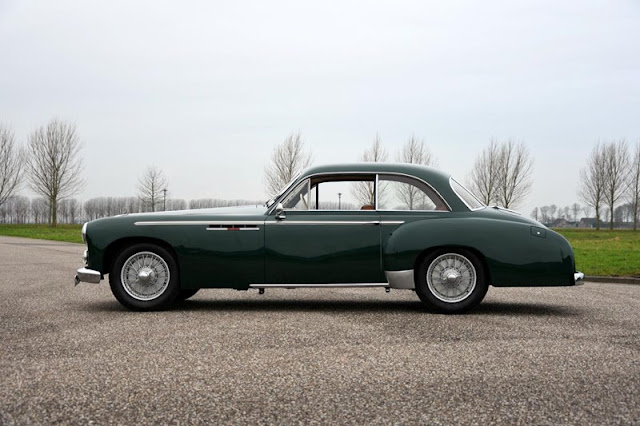 Delahaye 235 MS coup The Delahaye brand was founded as an automobile factory in 1894 by Emile Delahaye. After his death in 1901, the factory in Paris was taken into use. There, both passenger cars and trucks and buses were produced. In 1908 the factory started with the production of its own engines and products were also built by others under license. Delahaye was usually quick with the application of new techniques such as water cooling and cardan drive. Until the beginning of the Second World War, the factory manufactured rolling chassis that were fitted with bodywork by various coachbuilders. Well-known designs were built by Figoni et Falaschi, Chapron, Letourneur et Marchand and Hermann Graber. Dutch coachbuilders, such as Pennock, also designed bodywork. After the Second World War, the factory started again with the production of cars. Pre-war models were brought back to the market, such as the 134 and the 135 M. These were equipped with four- and six-cylinder front flap petrol engines. They had a separate chassis and independent suspension, which from a technical point of view was modern. Just like before the war, the only chassis were sold, which were then provided by coachbuilders with a body. In 1947 the production of the smaller 134 was discontinued and for this, the new 175 came in its place. The six-cylinder engine with a cylinder capacity of 4455 cc had 140 hp and in 1950 a heavier engine had 160 hp. In 1951 the last Delahaye model came on the market, the 235MS. Sales remained low and fewer than 100 vehicles were sold on an annual basis. In 1954, the factory was taken over by Hotchkiss, which then shut down production in 1956. We offer this special 1952 Delahaye 235 MS Coupe in the colour green combined with a cognac leather interior. The dashboard and certain interior parts were sprayed in trompe l'oeil (wood motif) effect. This 235MS is one of the last cars built by Delahaye, with chassis number 66 of the total of 84 units. This Delahaye is equipped with 6 cylinders in-line engine with 3.557cc and 3 Solex carburettors, this together with the Cotal pre-select gearbox make driving in this Delahaye to something special. The engine number corresponds with the chassis number. In the past this Delahaye was extensively restored, is still in very good condition and with the preservation of some patina. Of the total of 84 Delahaye 235MS, 47 cars are still known, 28 of these have a Chapron body. This is a very unique car, suitable for 4 persons to tour around and to enjoy. 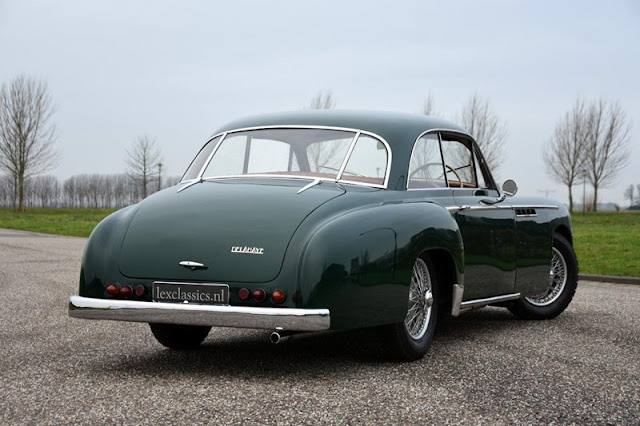