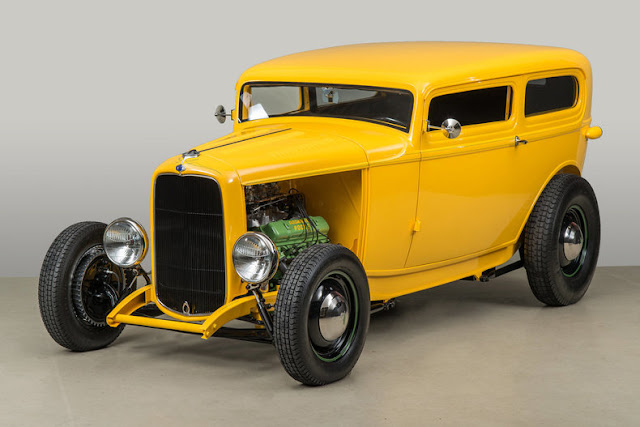 Original Henry Ford body and chassis324ci Oldsmobile Rocket 88 V83 Stromberg 97 carburetors4-speed Oldsmobile Hydramatic TransmissionChopped topQuick change rear endRecently completed restoration in 2013Bill Peterson award for Best Original Steel at 2017 Portland Roadster ShowRumored to be have been built by Barris Kustom in 1958. The first owner brought the stock Ford chassis to modify the body and drivetrain and this marked the starting point of the hot rod's life.The hot rod has its fenders removed, chopped the top by almost 5", and was fitted with 1956 Oldsmobile 324ci Rocket 88 V8 engine paired with an Oldsmobile Hydramatic Transmission. Once the modifications were completed, the hot rod was delivered back to its owner in unpainted but drivable condition. Over time the owner drove the car while adding finishing touches and eventually sold the car to its next owner, who then tasked themselves with painting the car. 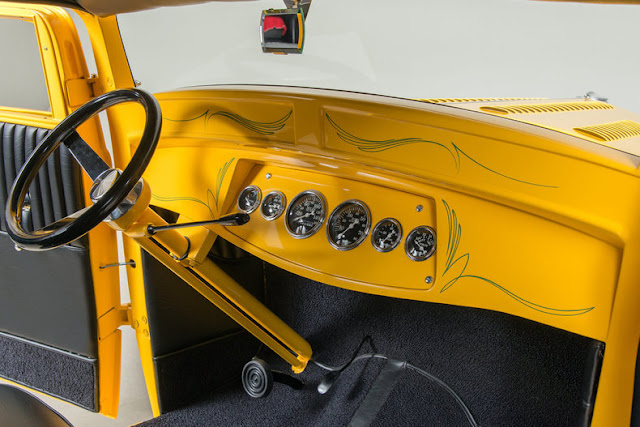 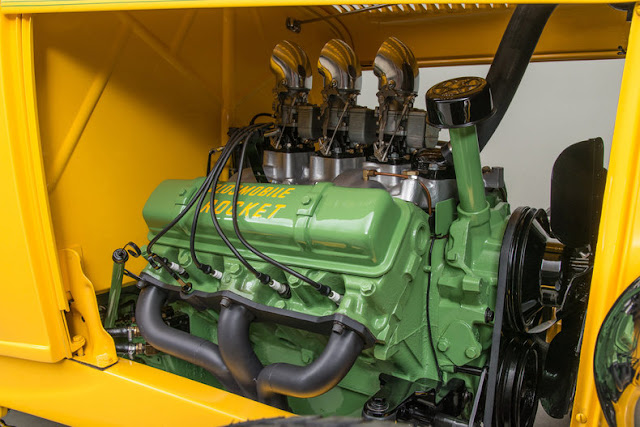 The car then went through several owners over a period of 50 years before being discovered in Santa Ynez, California. It was found abandoned in a storage garage by Bob Greg, a friend of the owner's son who originally had the hot rod back in the early 60s. Remembering back to when he rode in the back seat of the hot rod with his friend, he set out to restore it back to its former glory. He would begin the process of restoring the car himself back to its original spec from 1958 both visually and cosmetically.
The Olds engine had been swapped with a Ford unit, so another 56 Oldsmobile engine and 4-speed Hydramatic transmission were sourced and mildly modified. Gregg noted that when stripping the car, he found 8 pounds of lead on the rear corners of the roof, leading to that the car was indeed modified in period. Three Stromberg 97 carburettors were used, just like how it was back in 1958. Finned aluminium Buick drum brakes, a Weiand intake manifold, and a quick-change rear end completed the restoration of the yellow hot rod in 2013. In 2017 it made its first debut at the Forest Grove Concours d'Elegance in Portland, Oregon and won the Bill Peterson award for Best Original Steel Pre-1935.This fully sorted and restored hot rod, complete with its period drivetrain and cosmetic modifications, is ready to show on the street or a Concours lawn just like it did back in 1958. 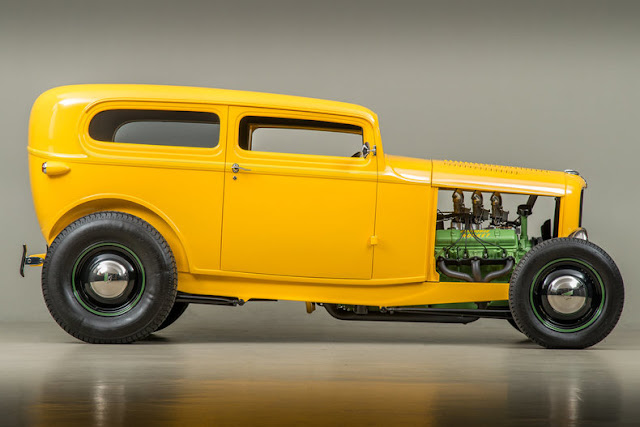 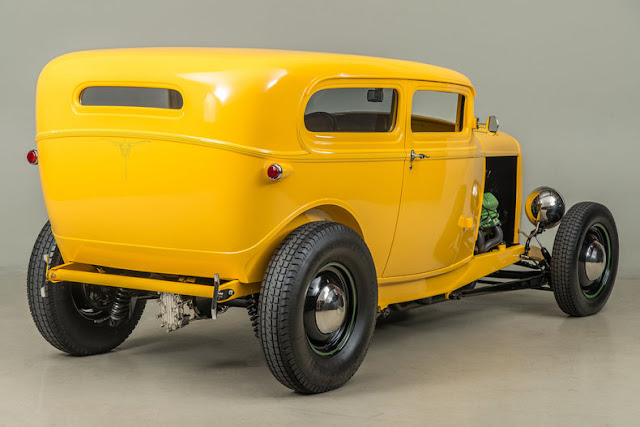