"CLASSIC OF THE DAY"
Our choice today comes from the European Continent as we take a look at this French classic for sale at
Oldtimer Farm
Oldtimerfarm Bvba - Steenweg op Deinze 51 C - 9880 Aalter - Belgium
Tel: 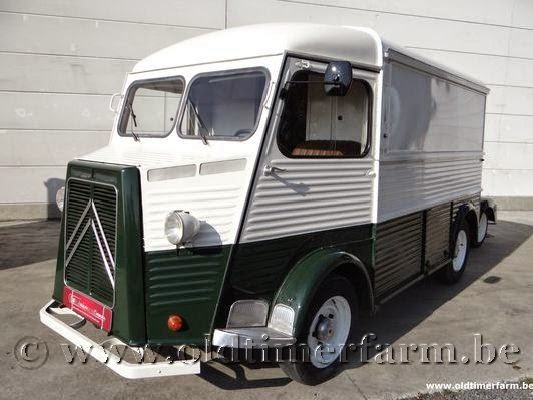 The Citroën H Van, Type H, H-Type or HY is a light truck (or delivery van) produced by the French car maker Citroën between 1947 and 1981. It was developed as a simple front wheel driven van after World War II. A total of 473,289 were produced in 34 years in factories in France and Belgium. Most of them were sold in France, Belgium and the Netherlands. They were not sold in the UK in right hand drive. Citroen's teams worked on 8 projects and only the last one was developed, giving it its name : "H". Most Type H vans were sold as model HY. Other models include H (early versions), HX (lesser load capacity), HZ, and HW (greater load capacity). For a time they were also sold as model 1600. In France, this strange (or funny) looking van is known as "Nez de Cochon", "Pig Nose". When used by the police, it was called "panier à salade", "salad basket". The engine, gear box and many smaller parts are well known from other Citroën models. The engine and gearbox are nearly identical as in the Traction Avant and later the DS, only mounted with the engine to front. The head lights and speedometer were identical to the 2CV for many years. The distinctive corrugated body work was inspired by German Junkers (Aircraft) of the 1930s, the three engined Junkers Ju 52, being the last to use this construction. The ribs added strength without adding weight, and required only simple, low cost press tools. The flat body panels were braced on the inside by 'top hat' box sections, at right angles to the ribs. Rear hinged 'Suicide' cab doors were used until the end of production in 1981. Specifications Bodywork Length : cm (in): 426 Width : cm (in): 199 Height : cm (in): 230 Wheelbase : cm (in) : Weight: kg (lb) : 1500 kg Mechanics. Displacement : inline 4 1911 cc, forward Valve gear : 8 Fuel system : 1 carburettor Gearbox : 4 speed manual Drive wheels : front wheel drive Maximum power : 69 bhp Maximum torque : Maximum speed : 100 km/h This car is just in at Oldtimerfarm, Aalter Belgium. Steenweg op Deinze 51C. Teusday-Saterday 10-17h (no appointment needed) Sunday: closed. Monday strictly on appointment. We specialize in consignment sales of collection cars. We are proud we can offer this car for sale. A more detailed description will soon follow. In the meantime you can have a look at the very ample photo coverage on the website. Of course Xavier or Olivier will be very happy to give you all possible explanations by phone on 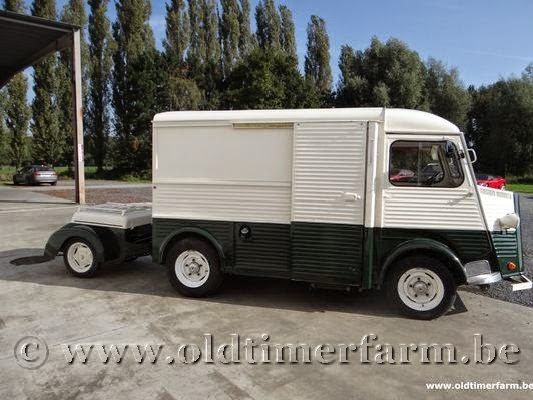 MORE IMAGES CAN BE VIEWED AT: CITROEN HY MOBILHOME
Posted by jeffharris at 08:50