FERRARI 360 CHALLENGE STRADALE
When the 360 Modena was nearly four years old Ferrari wanted to homologate some improvements for their GTC racer and thus the 360 Challenge Stradale was introduced. The Challenge Stradale weighs in at just 20kg more than the Challenge and a staggering 110 Kg less than a standard Modena resulting in a dramatic performance increase. The Stradale features a host of aero and mechanical refinements that combine to make it 3.5 seconds faster around Fiorano than an ordinary Modena.

Modifications include, Carbon Ceramic brakes as standard, a 50% lighter multi axial carbon floor plan, a 25 BHP increase in power, aerodynamic tweaks allowing for up to 50% more vertical loading (including a different bumper, boot lid and sills as well as venturi ducts at the rear), carbon racing seats with 4 point harnesses, a stripped out interior with alcantara dash and carbon door cards as standard and an F1 gearbox with shift times of just 150 milliseconds to name but a few. A total of 1288 Challenge Stradales were produced.

This example is the 7th Challenge Stradale built and as such an early the car was retained Ferrari Spa in Maranello to be used a show and demonstration example, one such example of this work is the famous Vikki  Butler Henderson 5th Gear test (see video below) which features this example. Following this it is believed that the car was specially upgraded with larger "Enzo" brakes and leather seats for the Monaco Royal Family road use. Following this interesting chapter in the cars history the car returned to Italy was used on the road and serviced by the Rome maind dealer "SamoCar".

Imported into the UK the car has had just one owner in the UK, the car washad a major service with ourselves in 2013 and has been used sparingly since. The stunning specification of this unique car includes factory roll bar, fire extinguisher, tan leather bucket seats, alcantara steering wheel and dash, Giallo Rev Counter, Nero Brake calipers and of course Rosso Corsa paintwork, this very low mileage (8,000 miles)  example is presented in stunning condition throughout and will be supplied with a fresh service. With its unique history and low mileage this stunning Challenge Stradale represents a real opportunity to purchase one of the finest examples of what is already an appreciating classic, lightweight "homologation special" Ferrari. 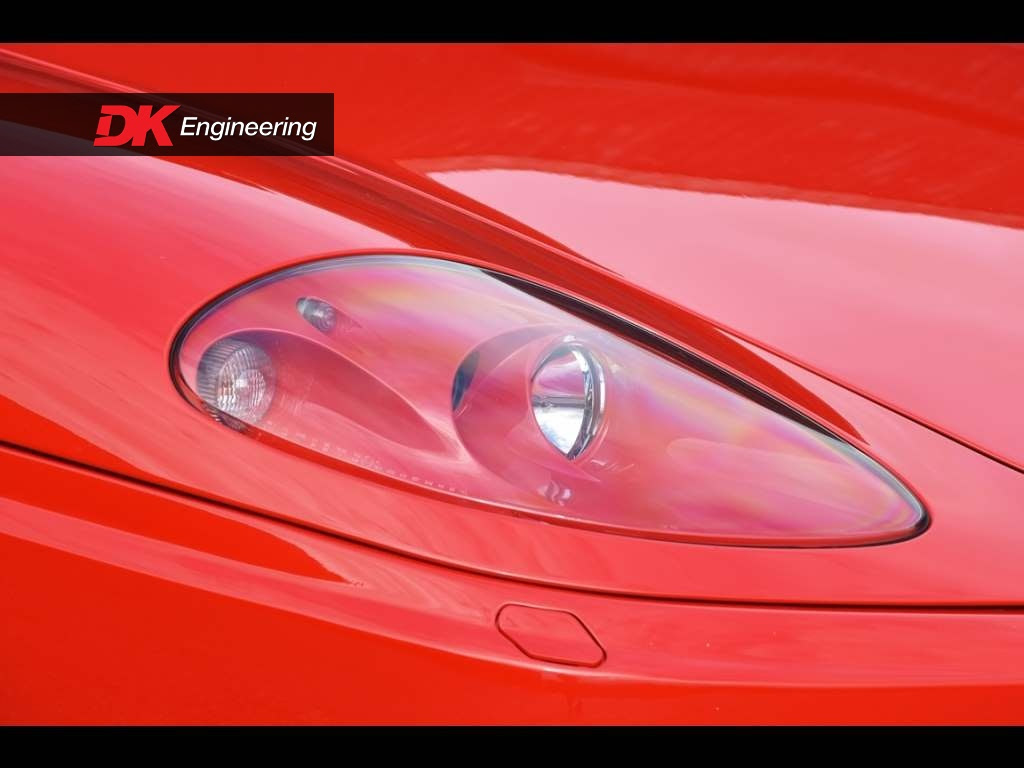 All viewings are strictly by appointment only.
Posted by jeffharris at 11:14