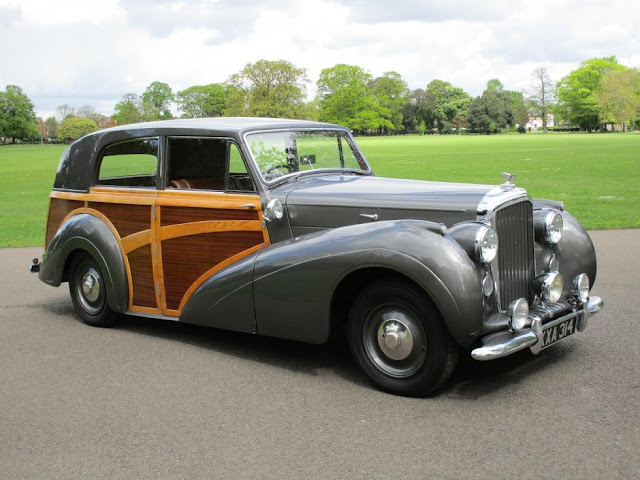 Bentley Motors (1931) Ltd made a complete departure from their former policy by announcing in 1946 the introduction of an entirely new Bentley that was factory built throughout. It was fitted with their design of "Standard" all steel bodywork, finished and furnished at Crewe where Bentley production still continues to this day. The tried and tested six cylinder 4256cc engine was retained, fitted with detachable aluminium alloy cylinder head with inserted valve seats. This was fitted to a frame chassis which was riveted with cruciform centre bracing and a box section pan to support the front suspension components. Lubrication was by a Bijur centralised system, operated by a foot pump situated just to the left of the steering column on right hand drive motor cars. It was advised that this pedal should be depressed once every one hundred miles. The manual gearbox had four forward gears with synchromesh on second, third and fourth gear. Despite the relatively high price tag when compared to other luxury cars available immediately after the war, the demand for this motor car was substantial. Sales were of such a brisk nature that customers were soon advised to be patient, with waiting lists for new Bentley Mk VIs becoming ever longer, with lead times stretching to over three years by the early 1950s. Production lasted until 1952 with more than 5,000 chassis finding their way to lucky new owners making it one of Bentleys most successful models ever. The vast majority of Bentley Mk VIs produced were fitted with the new standard steel coachwork from the factory, however in keeping with tradition special coachbuilt bodies were also available upon request. Chassis No B397BG was completed in late 1947 and first registered in January of 1948, fitted with woody style shooting brake coachwork by Harold Radford. This was the first of only eight cars built in this style by Radford on the Mk VI chassis and following testing by Rolls-Royce in the summer of 1948 it became Harold Radfords personal car and factory demonstrator. When producing such a car, Radford retained the standard Mk VI chassis, bonnet and radiator grill whilst the floor pan and scuttle were modified to suit the new style coachwork. The rear portion of the car consists of rear seats that fold flat to reveal an expansive luggage storage area, finished with beautifully varnished wood panels. Chassis No B397BG was restored in the mid 1980s by Smiths of Southend, at the request of the then owner Mr Paul Kunkel. The car has subsequently changed hands twice since 1994 and more recently was upgraded with a late series Bentley S1 engine, with power steering and also a high ratio back axle. The original engine, Engine No B398B is still present and correct with the car too. It comes complete with copy factory chassis cards, history file, handbook and an old style logbook issued in 1953. We are delighted to be offering this very interesting and attractive Mk VI Bentley for sale, a car that we think will provide its next fortunate owner with a great deal of enjoyment.
If you would like to make an enquiry about this vehicle, please contact us by phone on 020 8847 5447 or by email at sales@frankdale.com 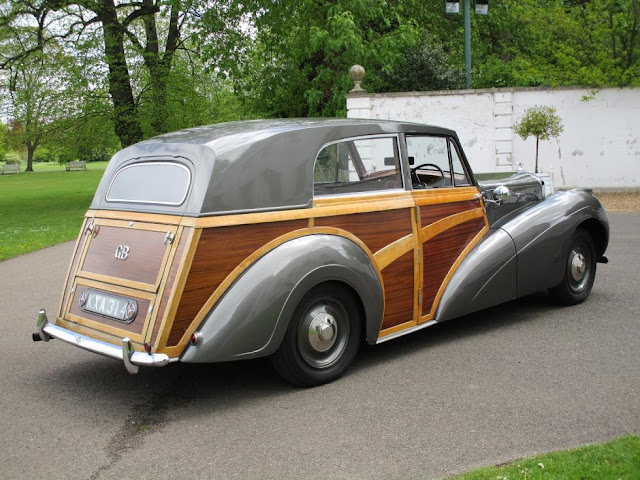 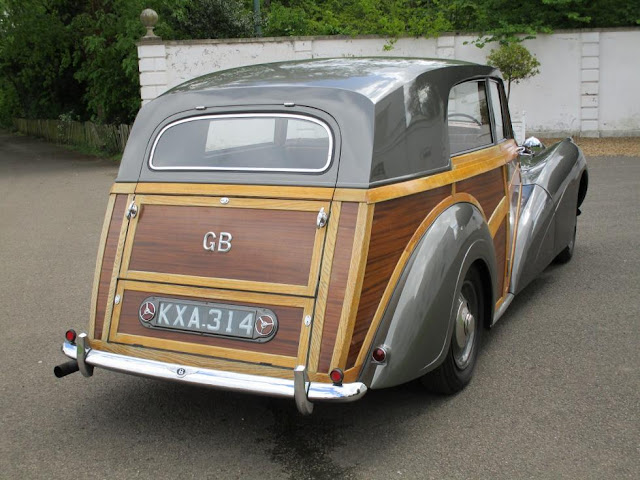 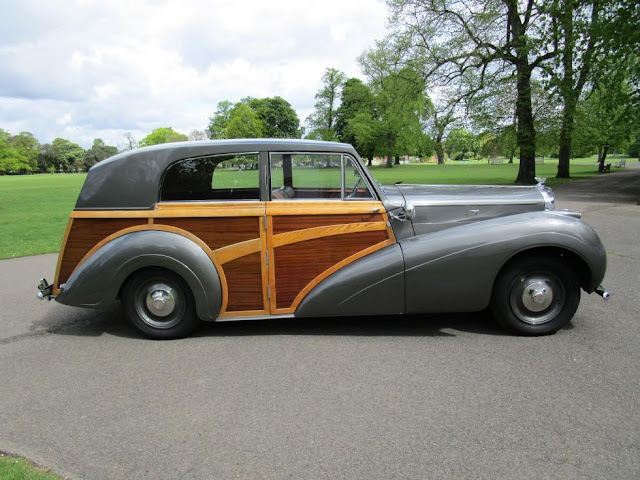 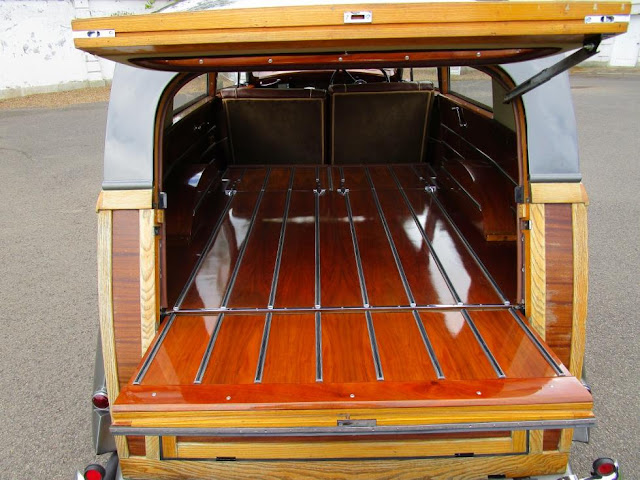 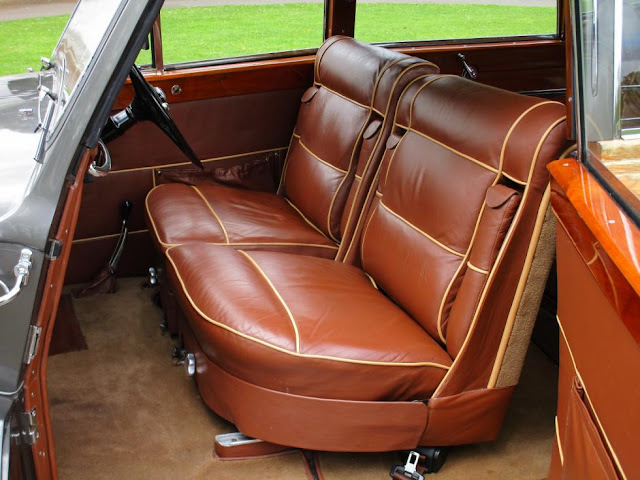