DEALER OF THE DAy 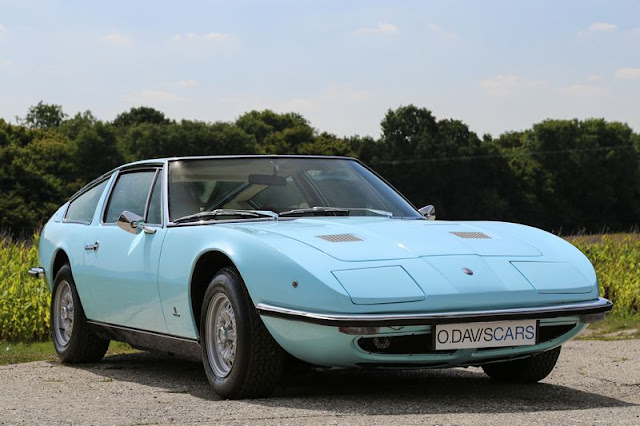 Designed by Glovanni Michelotti of Carrozzeria Vignale in 1968 the Indy was born as an alternative to the Ghibli offering room for 4 people.
Launched in 1969 with a 4200 V8 engine of which a total production of 1104 units in total including 4700, 4900 engine derivites.
Our Maserati Indy offered for sale, chassis no. 116512, was produced on the 21/05/1970 and still wears its original colour of Azzuro Hyperion (baby blue) with Beige hide and a ZF gearbox with matching numbers as confirmed by Maserati Owners Club UK.
Our Indy went to Australia in 1971 and remained there until we imported the car and from there it under went a major recent mechanical overhall by a marque specialist to the tune of £7000 meaning that it is now ready to be used to its full potential by its next owner. The car currently has covered 89300 kilometres which equates to 55500 miles only and has the most substouch history file we have ever encounted in a classic car with every invoice and receipt since the car went to Australia (4 full A4 files). This is a very cool car which presents very well in every area.

These cars are now standing to get the recognition they deserve especially as a Ghibli in now near the £300,000 mark so these cars can only go up in value.
She has just been MOT'd with no advisories and is Tax exempt. Now is a great time to invest with a sure fire investment. 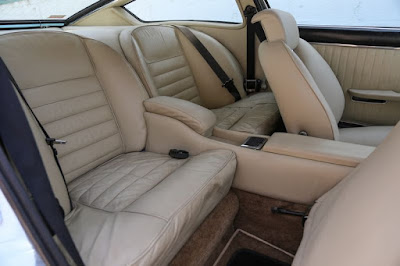 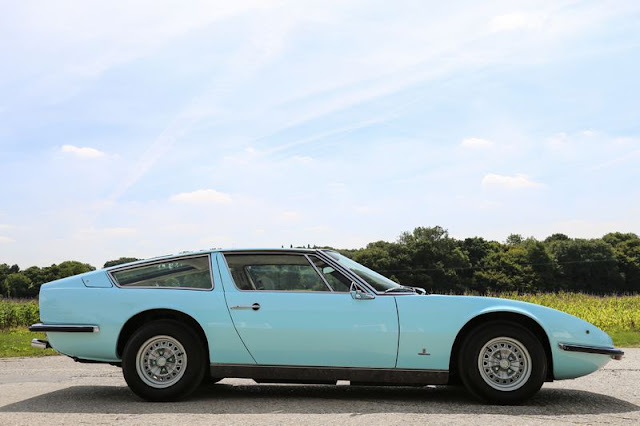 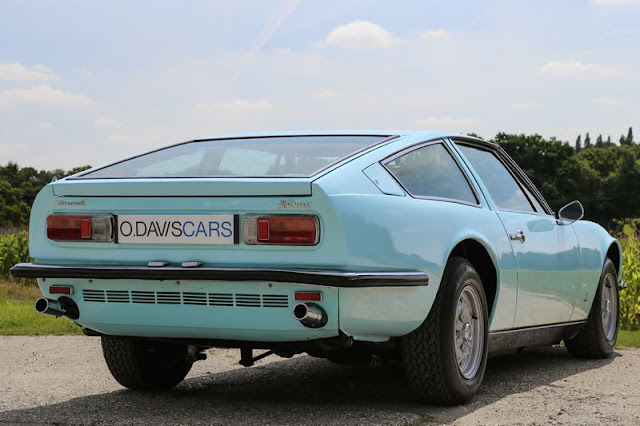