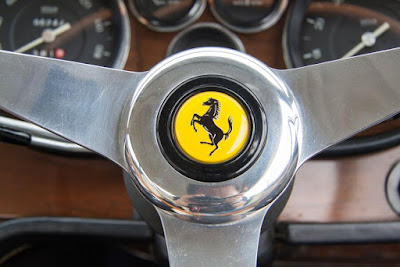 The Ferrari 365 GT 2+2 had its grand debut at the 1967 Paris Salon as the replacement for the popular 330 GT 2+2. Its styling owes much to the rare and wonderful 500 Superfast, with the same elegant oval grille, sweeping nose and fastback profile. 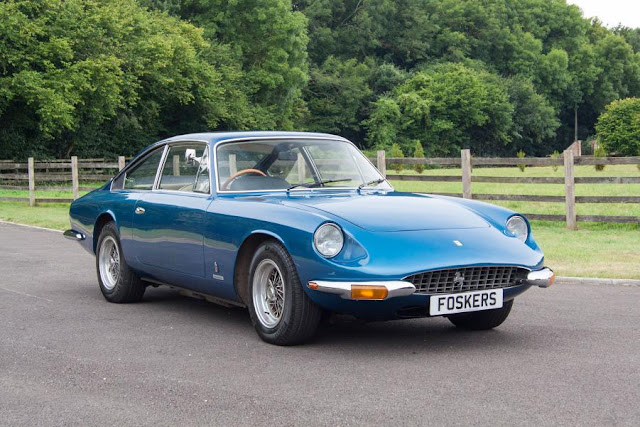 Under the bonnet is a 4.4-litre Tipo 245 Colombo V12, producing some 320hp, which is coupled to a five-speed manual gearbox. A key innovation on the 365 GT 2+2 was the hydropneumatic self-levelling independent rear suspension, which maintains a consistent ride height regardless of load.
Unlike so many 2+2s, the rear seats of the 365 GT offer genuine comfort in accommodating passengers, with deep cushioned backrests and leather-trimmed armrests. 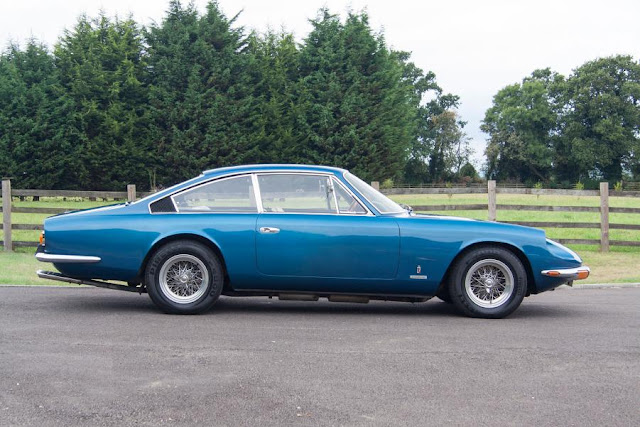 The spacious interior also features conveniences such as air-conditioning and electric windows, with beautiful detailing to the switchgear throughout the cabin.
This particular Ferrari 365 GT 2+2 is presented in the handsome colour combination of Blu Chiaro with Crema hide and blue carpets and sits upon the more desirable Borrani wheels

The fantastic history file which accompanies this Ferrari 365 GT 2+2 has well-documented evidence of the extensive servicing undertaken . In addition, the numerous other invoices and MOTs which show the care and attention that has been lavished upon this vehicle.
These beautiful and luxurious Grand Tourers are becoming increasingly sought after. This particular car is a lovely, highly original example that now shows 96,200 miles from new. 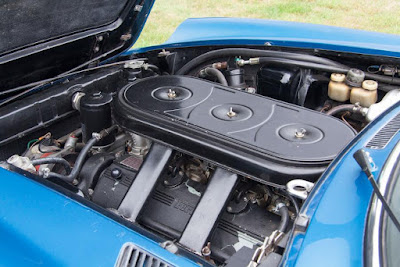