"CLASSIC OF THE DAY"
We start a new week with another auction lot, this time from Historics of Brooklands. The vehicle is due to come under the hammer on the 29th November 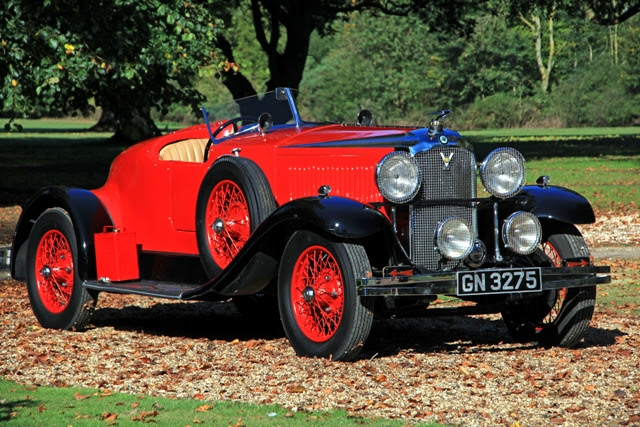 Alexander Wilson founded the original company in Vauxhall, London in 1857. Originally named 'Alex Wilson & Company' and then 'Vauxhall Iron Works', the company built pumps and marine engines but then, in 1903, the company built its first car, a five horsepower model steered using a tiller with two forward gears only. The art deco styled Hurlingham Roadster was first advertised in the 'Motor' magazine in October of 1929 and, with its voluptuous boat styling and aluminium body resplendent with motorboat style scuttle vents, standard bolt-on wire wheels and twin V-screens, the Hurlingham represented good value for money by the standards of the day.
Fox & Nicolls, the famous racing team of the thirties, approached Vauxhall to race the T80 Hurlingham, which, with its six cylinder, overhead valve engine, they considered the only car  to potentially rival the Lagondas in competitive racing. Foxed requested three Hurlingham chassis's from Vauxhall, modified only by the fitting of twin carburettors and the removal of the hand brake which is testament to the power and acceleration of the car.  Unfortunately, due those in Vauxhall who were authorised to make the final decision being abroad at the time, coupled with Fox's well known impatience, this never came to pass and Fox subsequently approaching Talbot. The Hurlingham was however, Fox's first choice, with reference to this in the book; 'The Invincible Talbots' by Anthony Blight.
The art deco detailing on Hurlinghams is superb with a chrome strake on the scuttle that swooped up to form the central windscreen pillar. This line is then picked up in the cockpit by the shape of the seat-back divider that merged into a central fin down to the tail of the car. The bonnet scallops are chrome, leading back from the radiator & giving an impression of speed even whilst stationary. The rear hatch flips up easily to reveal the dickey-seat protected by its separate windscreen (not fitted but supplied). The respected classic car critic Michael Sedgwick, not known for overly enthusiastic reviews of cars, describes the HurlingahmT80 as a "good looker" in his 1990 book.
This extremely original car with its six-cylinder engine is believed to be one of only 48 examples of the Hurlingham Speedster that  were ever produced and rare having the 3.3 litre, T80 overhead valve engine. Less than ten Hurlinghams are understood to be on the road today. It is important to note that the T80 engine in the Hurlingham was the last totally UK Vauxhall designed and manufactured engine and free of GM influence. It is a understood to be a six bearing engine, whereas US engines of the period were merely three bearing.
Little is known of its early history except its first owner; Peter Reeve passed it on to Mr. Fisk as documented by a photograph within the history file. It was later sold to Mr. Pat Betts of Framlingham, Suffolk in 1989 before arriving, again in Suffolk, with the vendor in 2009.The car is thought to have been sold to its first owner by Mann Edgerton's of Ipswich and to have spent its life in Suffolk.
Invoices exist from DRL Engineering in Suffolk and Bryan Wingfield Racing for works undertaken as well as a number of old MoT test certificates and a fresh one valid for a full year and with no advisories. During a recent test drive in the fresh Suffolk sunshine, the car performed well with swift progression and the excellent braking that this model is known for. It also benefits from additional P100 spotlights fitted to the front dumb-irons and a fully functioning Smiths eight-day clock in the dashboard. Competitively priced, this extremely chic, pre-war Vauxhall has Bentley build quality combined with the reliability that makes for extremely attractive classic motoring. 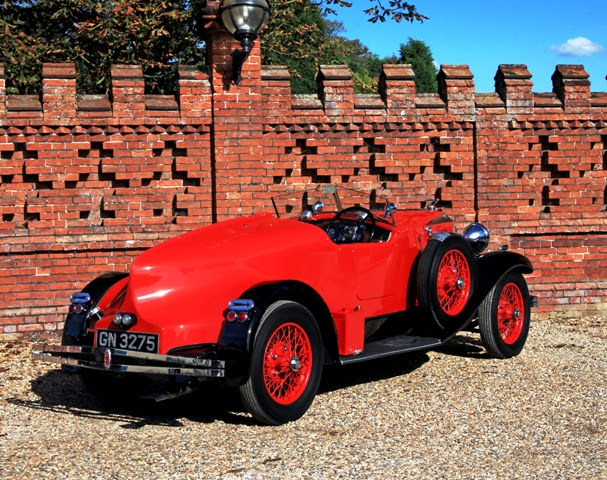