"CLASSIC OF THE DAY"
For our classic today we continue with Coys "Spirit of Motoring"Auction list for tomorrow (Saturday) at Ascot Racecourse.
Italian cars always bring contrasting views from classic fans, though they seem to have a special something that tempts the eye and mind to dig a bit deeper. We all admire the likes of Ferrari, Maserati & Lamborghini but as far as our pockets are concerned ownership will remain a pipe dream. More accessible are the likes of the Fiat, Lancia & Alfa Romeo so today we have chosen this cute little Fiat from 1949.

Italy's most popular car from 1937 to '48, the Fiat 500 Topolino became even more so in 1949. As introduced in 1937 it was a two-passenger coupe with a 569 cc four-cylinder engine and four-speed gearbox. It soon took the nickname Topolino, literally “little mouse” but soon interpreted as Mickey Mouse, for the mouse ear-like headlamps on its front bumpers. The two-main-bearing engine developed but 13 bhp, but four speeds forward and light weight conspired to give it adequate performance. The front wheels had transverse leaf spring independent suspension, the rear sprung quarter elliptics with torque arms. Fuel supply was by gravity from a firewall-mounted tank. Priced at the equivalent of $100, it was quite a bargain. A four-seat cabriolet was added in 1938, and in 1948 came a new model, the 500B, with overhead valves and improvements to the brakes, suspension and electrical system. For 1949, the Topolino was given a dramatic facelift, as the 500C. A wider horizontal grille looked more up-to-date, and the tail of the coupe and cabriolet was lengthened. A new model was the Giardiniera, literally “gardener,” a compact little station wagon. It was built by Fiat's in-house Carrozzerie Speciali operation, which, as the name implied, was a special coachwork division. Some of these had real wood on the exterior such as the car offered here.
Built in 1949, the first year of production after the facelift, this cheeky little car is the rare and desirable Giardiniera model and is described as being in good condition throughout. Finished in metallic green and wood with contrasting white wheels, the interior sports brown individual 'bucket' seats upfront and a simple but stylish dash with centrally mounted dials with grey accents. A retractable roof with sunshade enables wind in the hair motoring and adds to the charm. The rear bench seat folds forward allowing larger loads to be accommodated. Much rarer than its younger 500 sibling this little Fiat has so much charm and character and will put smiles on faces where ever it goes.
For further information or to arrange a viewing, please contact our sales department.

TEXT & IMAGES COURTESY OF COYS AUCTIONS 2014
For futher details of other lots at this important sale go to: COYS AUCTIONS 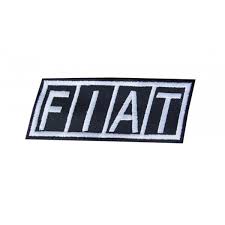 The tiny two-seater Topolino was launched in 1936 but after the war it came back in restyled 500B and 500C form. This is the latter and the only post-war version that came to the UK, and even then imports didn’t begin until 1954. Earlier cars have found their way here since though. Nearly all of the post-war series were roll-back cabriolets, but there is the odd estate version around and even a woodie. Expect to pay a premium for both. The little four-cylinder engines are quite perky but still very economical.