"CLASSIC OF THE DAY"
From 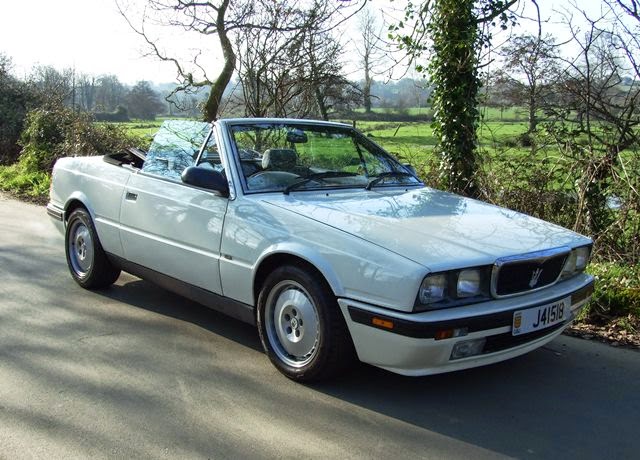 1990 Maserati Bi-Turbo Spyder
When Alejandro de Tomaso acquired Maserati in 1976, he had ambitious plans for the marque. His plan was to combine the prestige of the Maserati brand with a sports car that would be more affordable than the earlier high-priced models that had traditionally made up the Maserati range. The Maserati Bi-turbo features, as the name implies, a two-litre V6 engine with two turbochargers and a luxurious interior. The car was designed by Pierangelo Andreani, an engineer from the De Tomaso team, somewhat influenced by the design of the newer Quattroporte III (Italdesign Giugiaro), as can be observed on the front fascia. The Bi-turbo was initially a strong seller and brought Italian prestige to a wide audience and competed (unsuccessfully) in the British Touring Car Championship in the late 1980's, the European Touring Car Championship and the 1987 World Touring Car Championship. The Spyder version was introduced at the Turin Motor Show in 1984 and was designed and built by the world class designers, Zagato. Overall 3,076 were built over a ten-year period, setting a production record for Maserati Spyders.
This 1990 Maserati 2800 Bi-Turbo Spyder was originally supplied by Meridian Modena Ltd based in the New Forest in Hampshire. It was registered in 1997 with the registration J598 NJT and then re-registered the following month with MAZ8062 which is a Northern Ireland number plate. When purchased in 2008 by a Mr. Crompton of Worcester, it was put back to the original registration number. In 2011 he sold the car and it was exported to Jersey where it has remained ever since. Finished in the original swan white with blue leather interior this very good example is supplied with the original UK V5C registration document, a certificate of export to Jersey, the handbooks in a leather wallet and a set of service manuals. Complete with the original centre dash clock, this is a well-cared for example which has been cherished and looked after by all of the previous owners. Guide Price: £7,000 - £10,000.
Interested parties should note that VAT, charged at 20% will be levied upon the final hammer price of this lot if it purchased to remain in the UK 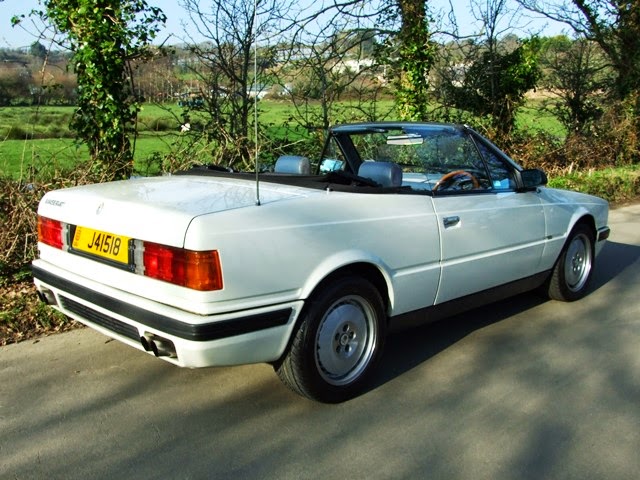 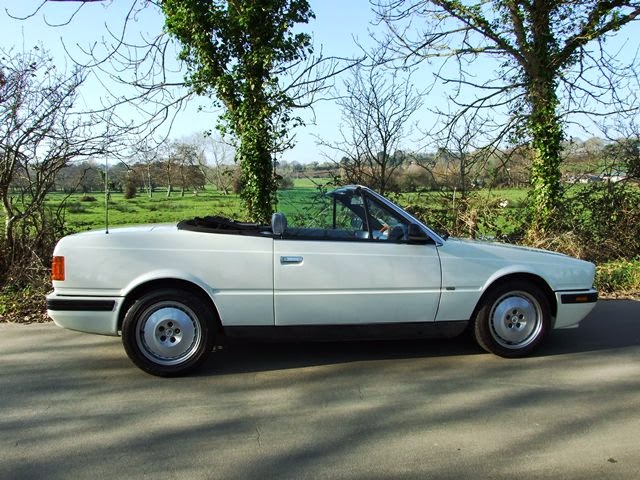 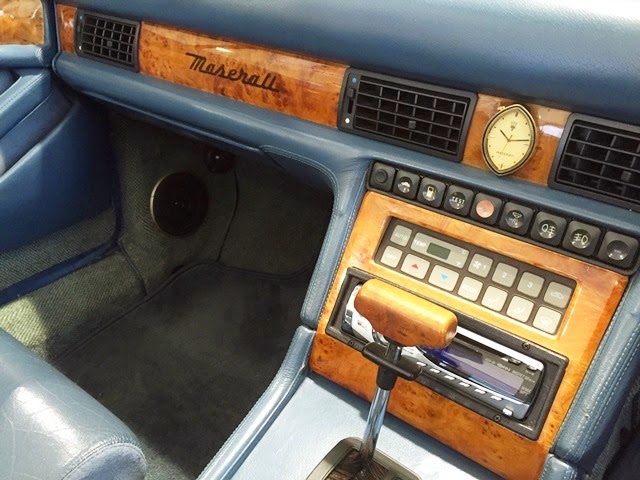