FROM THE SHOWROOM
OF

I apologise if we have already posted this selection before but we think it deserves another look.......So we give you The Ferrari 330 was the successor of the 250, being first introduced by Ferrari in 1963. The first 330 was a 250 GTE with a larger capacity engine, and then followed the 330 GTC,GTS and 2+2. Powered by a single-cam V-12 displacing 3,967cc and producing 300 bhp, power reached the rigid rear axle via a five-speed manual transmission. Front suspension was independent and brakes were discs all around.
This car, chassis 7963, was originally built by Ferrari in 1965 and delivered to the Belgian dealer, Garage Francorchamps, in December 1965. It was sold to Luigi Chinetti Jr, son of the famous East Coast Ferrari importer and racer. He returned the car to Italy and the body was removed and replaced by the renowned Ferrari Coachbuilders, "Vignale", of Turin. Luigi commissioned the eponymous owner of Vignale coachworks, Fredo Vignale, to fit the 330 with a shooting brake bodywork. Sadly this project was to be his last project before his death in 1969.
In an era where coach building was most prominent, this 330GT is the only example of a collaboration between Chinetti and Vignale that spawned a truly unique coach built classic. The project only retained the windscreen and the doors from the original aesthetic of the car, offering a unique styling approach to the exterior. It was one of just three 330 GTs that were rebodied for the Chinettis, but is unique being the only model to have this shooting brake body style. The car was shown by Vignale at the 50th Annual Turin Motor Show in 1968. After that it went to the United States with the Chinettis were it remained until 1996. It was in French ownership until it was sold again by Bonhams in 2006; latterly it made its way into the current owners care, a well-known car collector and world famous rock star.
Being the last car re-bodied by Vignale the car plays a very important part in their history. Due to its rarity and show stopping looks the car is highly eligible for the world's most prestigious events including Salon Prive, Villa d'Este and the Cartier Style et Luxe at the Goodwood Festival of Speed.
The car is in exceptional condition with fantastic service history. It is resplendent in its original colour Verde Metalizzatto , though the original Gold roof sections were repainted at Jay Kay's request. The original Campagnolo alloy wheels are unmarked. The unique Glass Hatch-back section allows access to the cavernous lather lined boot. The Tan interior, Nardi steering wheel and dash are faultless and include badging on the passenger side from Vignale saying 'Carrozzeria Vignale Examplare Unique', another feature unique to this car.
The car and its ownership history have been well documented in many Ferrari publications and the media including an article in the December 2001 of Classic & Sportscar Magzine.
This example signifies the era of bespoke car design and the collaboration between a commissioning owner and an established coachbuilder. Based one of the last standard Ferrari 330GT's, this example signifies the wealth of exclusivity brought about by the bespoke coach building era. 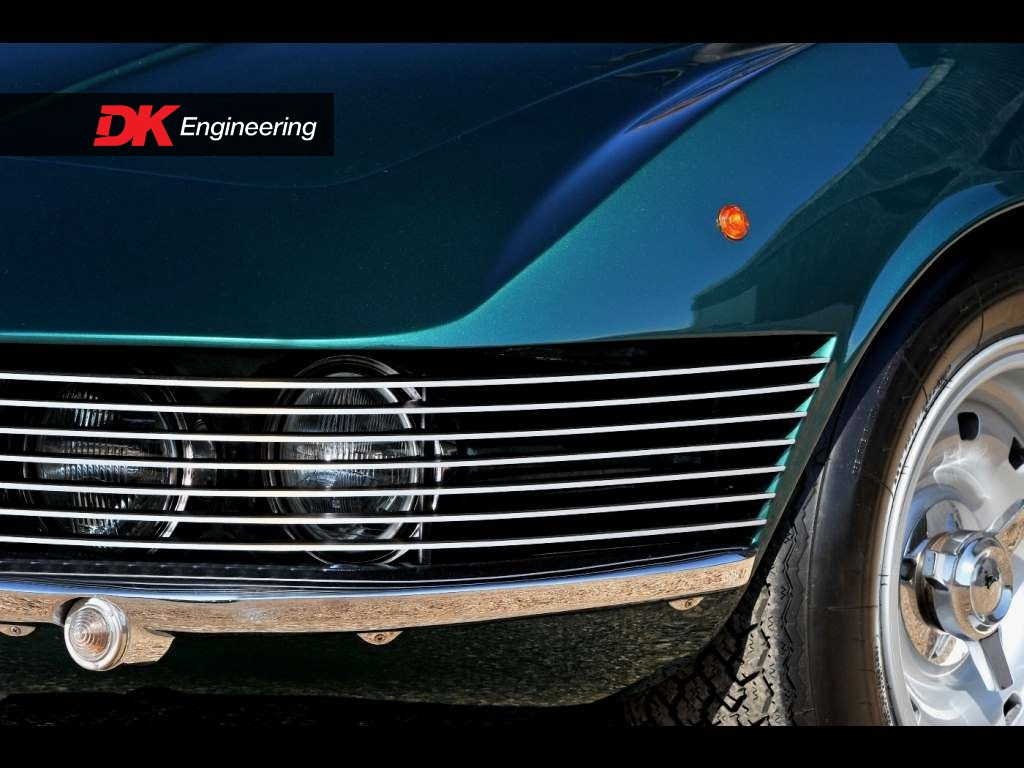 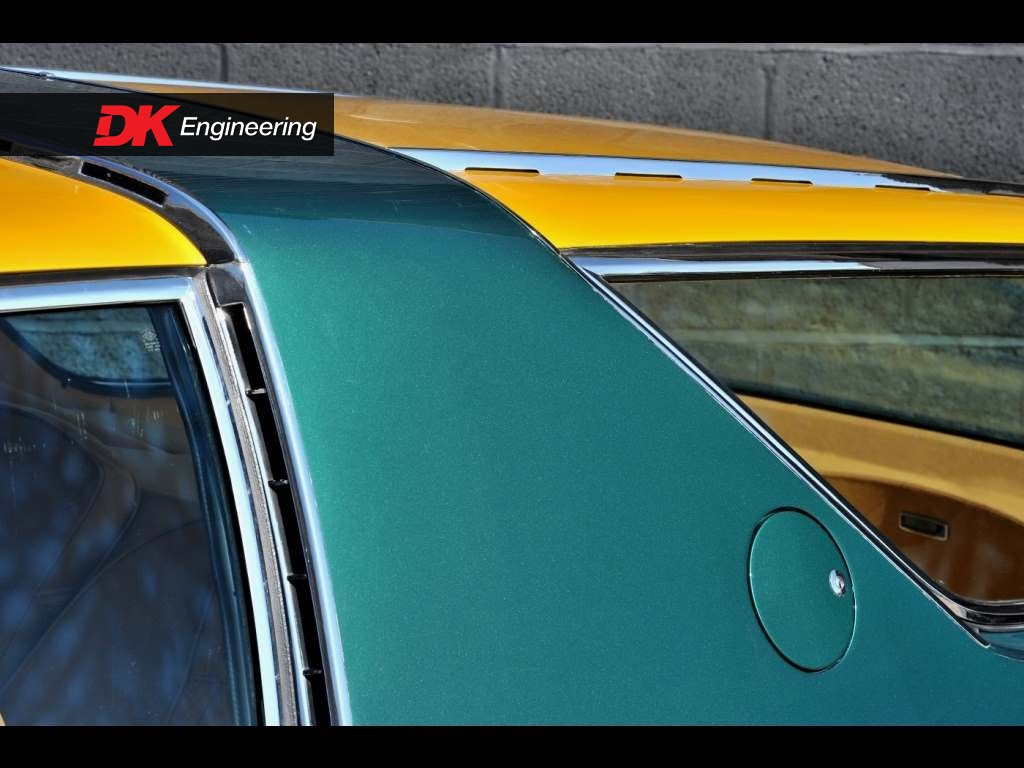 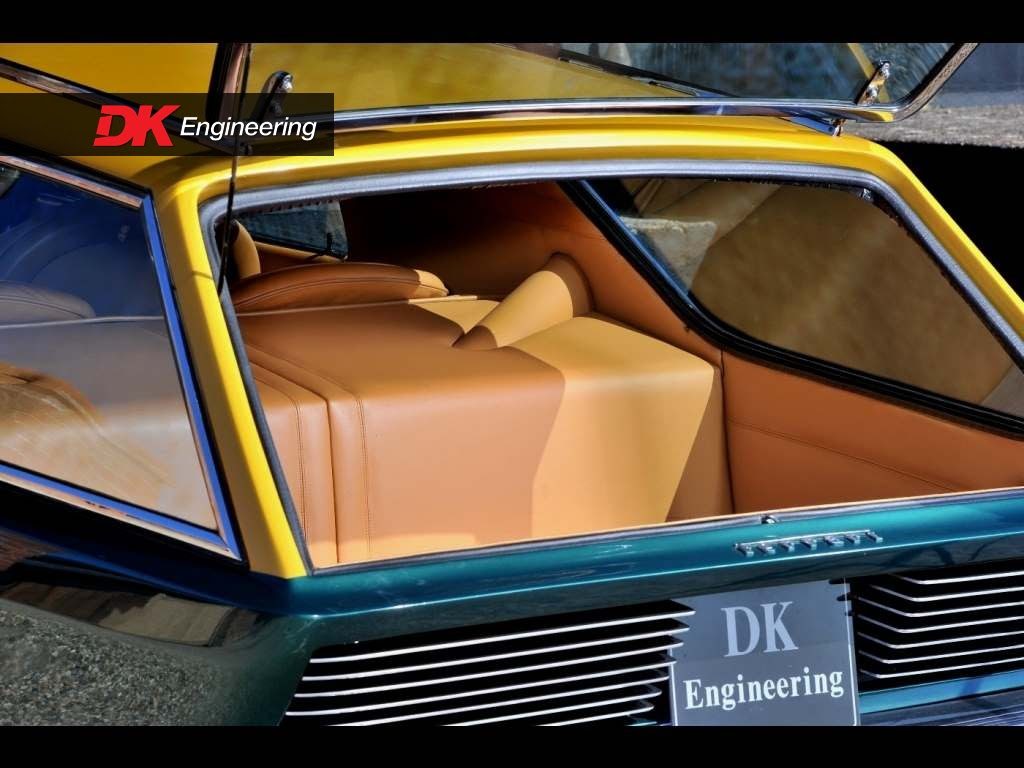 
All viewings are strictly by appointment only.
Posted by jeffharris at 10:20