TWO WHEEL SUNDAY
Brought to you by CLASSIC CHATTER
Why Not Visit Our Website: 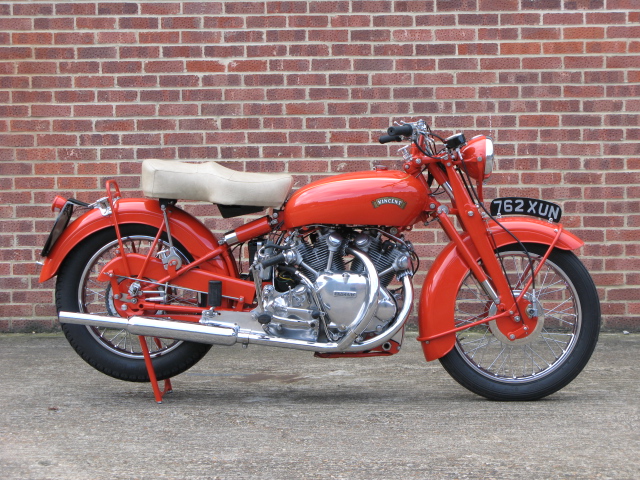 Chassis Number: UFM RC6294 / RFM RC8657B
Engine Number: F10AB/1/4394
Just 107 of these ‘Chinese Red’ Vincent Rapides were produced by the factory and exported to the USA. They were distributed by the Indian Sales Corp. who had a large dealer network but no ohv V Twin to compete with Harley-Davidson, Vincent motorcycles had no dealers in the USA and so a deal was struck, the high handlebars, touring mudguards and bright red paintwork specifically requested for the American market. This genuine example was dispatched from the works 11th July 1950, a late model series B, and was sent to Indian Motorcycles, Springfield Massachusetts. Original registration records show it being in New York state in 1957 until 1964. It was imported back to the UK approximately 30 years ago but remained unregistered and unrestored until 2009.
Having been purchased as project the bike was comprehensively restored by the current owner, with further engine work completed by Vincent specialists Maughan & Sons. It remains in absolutely pristine ‘show’ condition, and has only covered 144 test miles. The UFM number matches the engine number, as shown in the factory record card, the engine also has correct matching mating numbers, the RFM number is not matching. ‘Red’ Rapides’ very rarely come to the market and this really is an exquisite example, it is supplied with the UK V5 registration document, a copy of the factory records, USA ownership certificates and a copy of of the Classic Motorcycle from Nov. 2012 in which the bike featured. 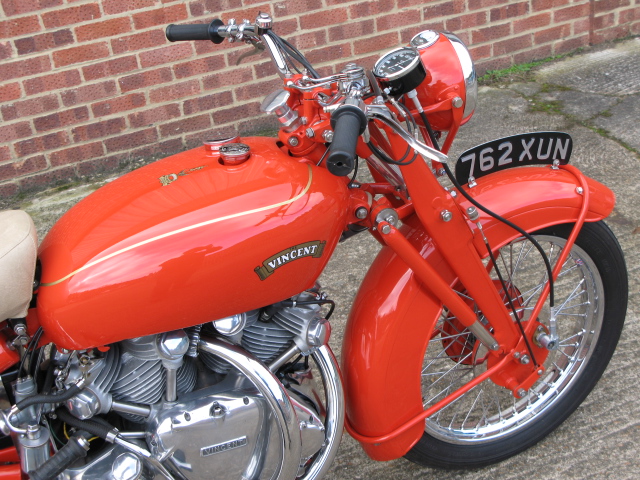 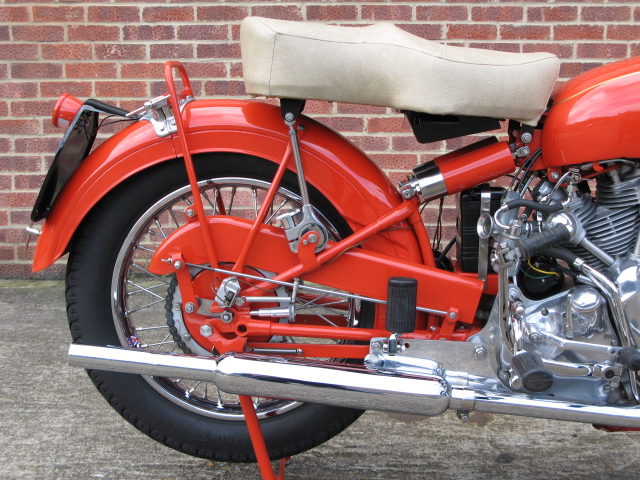 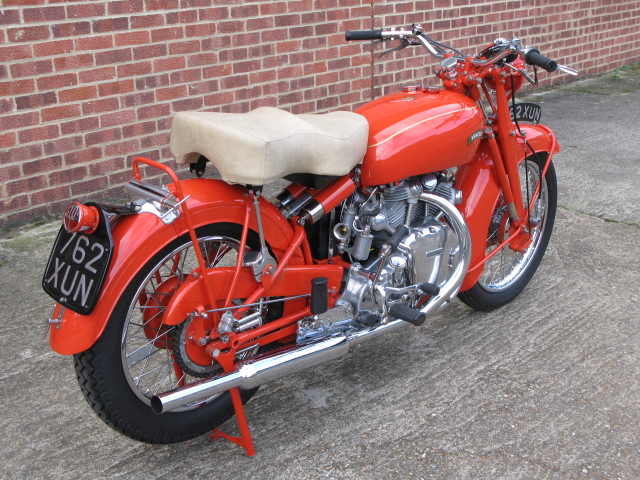 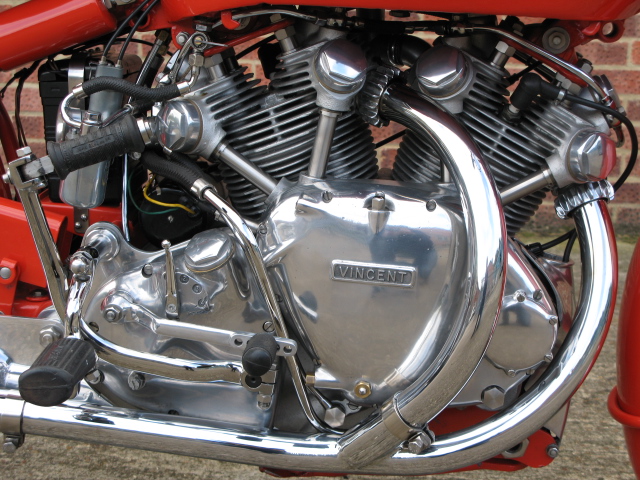 MORE IMAGES AT: http://anthonygodin.co.uk/car/vincent-rapide/
You are welcome to come and visit us but strictly by appointment only so please contact us beforehand.
Godin Sporting Cars & Motorcycles Ltd.
20-22 The Alders Estate
Seven Mile Lane
Mereworth
Kent
ME18 5JG