Border Reivers 1954 Porsche 356 Pre-A, Sunroof Coupe by famed builder/restorer Rod Emory (EMORY MOTORSPORTS).
This beautiful 1953 Porsche is in excellent condition all round both bodily and mechanically,it has a host of very rare and desirable period extras, which include a Carrera fuel tank with racing style bonnet access,Bosch driving lamps,leather bonnet straps,aluminium Carrera mounted wing mirror,Roll hoop/bar,Speedster seat for the driver & the passengers seat is in the style of the original mechanics seat from a Porsche 550 also included is plexiglas quarter glass windows,Carrera style drop door glass,Racing harness,fire extinguisher,rear seat delete and a whole heap more.The detail is testament to the quality of Emory’s work,The decals are self adhesive and can easily be removed. This car is stunning, quick and super cool.
These cars are built to order from Emory Motorsports and as such are cherished by their owner, they are frighteningly expensive & almost never change hands.


The Porsche 356 has become an icon, and today, almost every example is deemed a candidate for salvation. Many are rebuilt as pleasurable drivers, while others are exactingly reconstructed and contend in international concours. However, more than a few owners dismiss the idea of a just-like-it-left-the-factory restoration. They enjoy customising their Porsches in ways that Zuffenhausen could and would never have conceived. Their non-conformist ideas have roots in the true hot-rod and custom shops that had emerged in Southern California.
Emory History
Gary Emory’s father, Neil, owned Valley Custom Shop, one of the best-known, but Gary’s interests carried him to those strange little German cars. For years, he ran the parts department of a major dealership, immersing himself in all the nuances of the marque. He liked to add small custom touches to his own cars, as well as customers’, and he even created a small badge with a Maltese cross to replace the 356s stock rear torsion bar cover. He called his cars “Outlaws.”
His own son, Rod, also had the Porsche bug. Together, they began creating these highly modified 356s.
The “Emory Special” project was a success and the company have went from strength to strength. 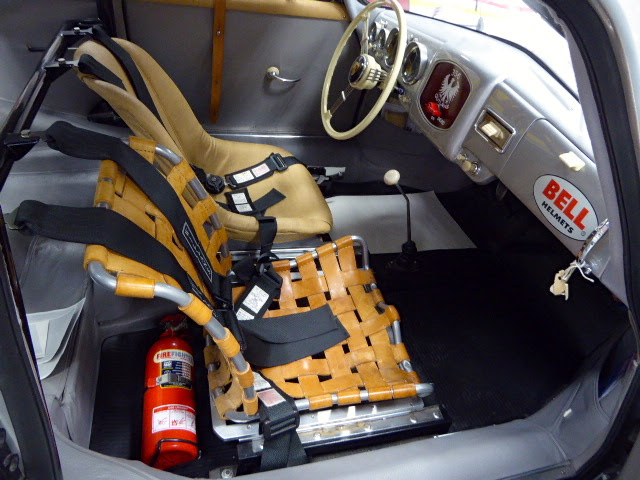