Originally based on the military M998 Humvee, being the U.S Armed Forces vehicle of choice and after being at the forefront of U.S Army propaganda, public eyes were immediately in gaze at the colossal nature of the Humvee. The Humvee received such a large following that a campaign to create a road going version was created and swiftly faced by Arnold Schwarzenegger.
The AM General Hummer was first offered to civilians as an off-road vehicle in March, 1992. The Hummer was offered in 3 common variants, the convertible soft-top, a four-door hardtop, and an Alpha Wagon bodied model. Other less known variants included a two door pickup and a four door slant-back version and production remained strong up until 2006. 5 different engines and 3 automatic transmissions were offered along with a vast array of optional extras. AMG introduced a third engine in 1996, the 6.5-litre V8 turbodiesel producing 205bhp at 3,400rpm and delivering a stump-pulling 440lb/ft of torque, transforming the Hummer into the ultimate on and off road vehicle.
Although similar to its military predecessor in appearance, the Hummer offered comforts that it's prior could only have dreamt of. The interior features 4 seats with a large centre console between the rear passengers, air-conditioning and electric windows, and a mini TV screen is situated by the front passenger seat.
This Hummer H1 believed to be one of only a handful of examples built, is a very rare Right Hand Drive "Pick-Up" variant and was first supplied new to Australia in 1996. The car comes with the original Australian handbooks and RHD supplement. This striking H1 was first registered in the UK in July 1999 and was purchased by our fastidious owner to add to his collection in 2008. Presented in exceptional condition reflected by such low mileage, the car is finished in stunning Green Metallic with a grey interior. The car benefits from a substantial amount of options including the rare 'SnugTop' fiberglass rear shell in matching colour, only available through authorised AM General dealers and a fully carpeted rear bed in matching grey cloth. Other extras include HD One Piece Wheels with Beadlock, Central Tire Inflation allowing the driver to adjust tyre pressures whilst driving, Air conditioning, Power Windows, an Auxiliary Fuel Tank creating a combined capacity of 160 Litres and a passenger DVD player.
The car shows only 3,800 Miles covered from new. Stored and maintained by DK, it has received every fragment of maintenance necessary and is in extraordinary condition.
The car is UK registered and ready to be enjoyed immediately. It represents a very interesting opportunity to purchase what is without a doubt one of the finest examples of an early Hummer H1. 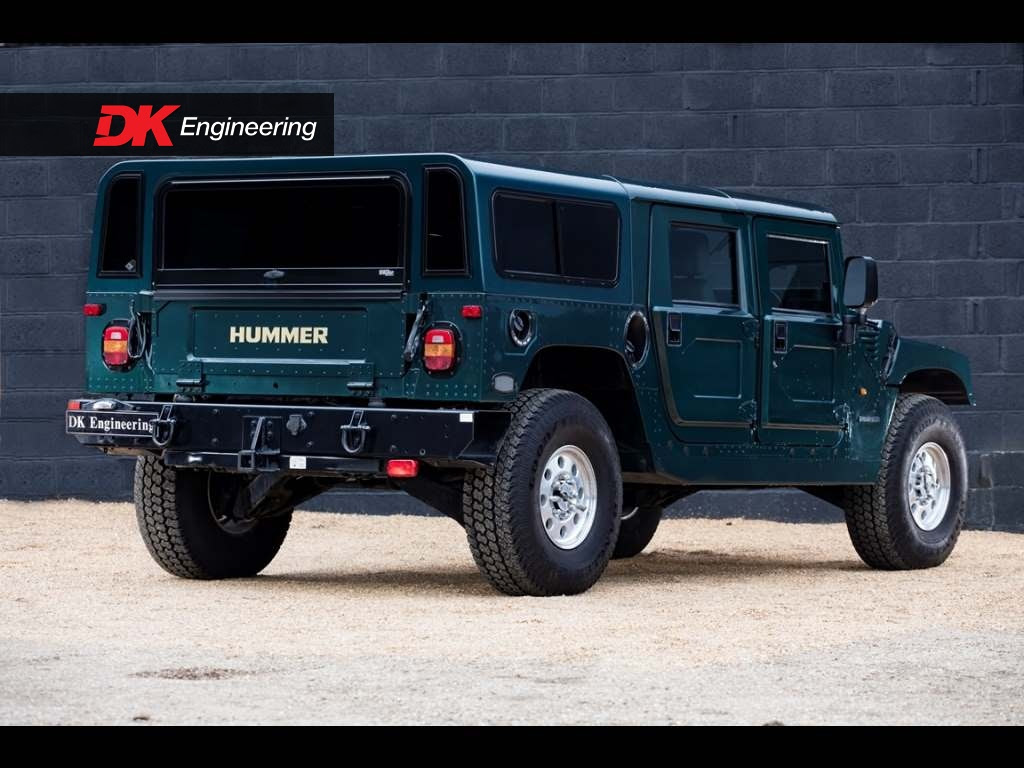 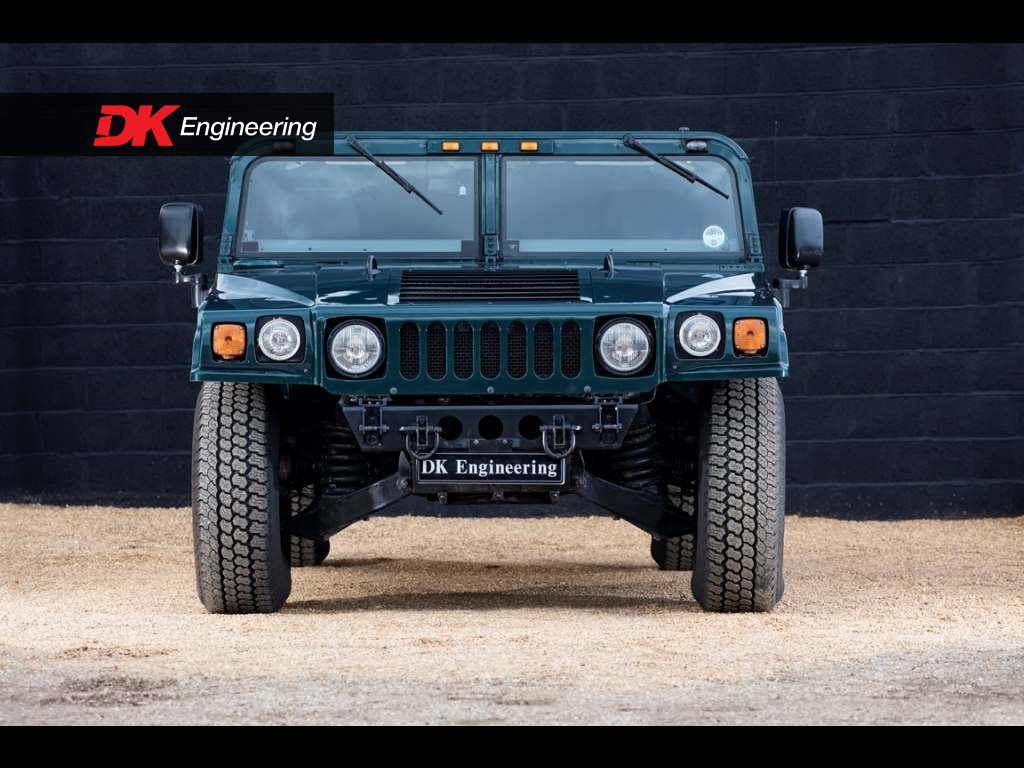 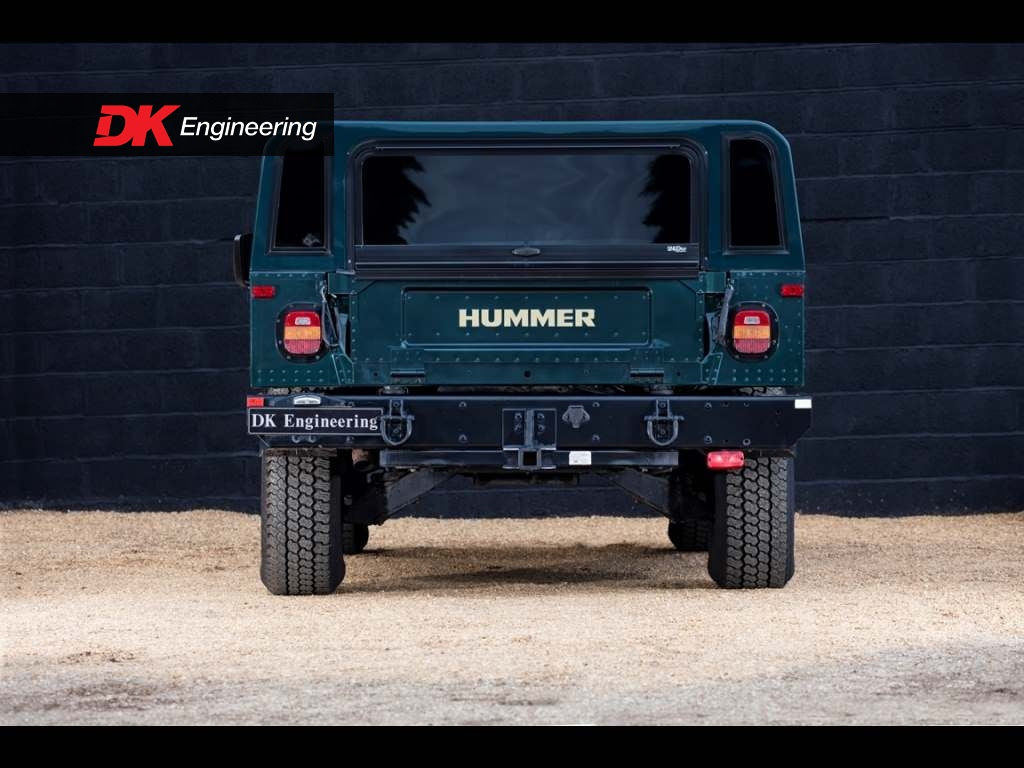 PROUD OF OUR HERITAGE