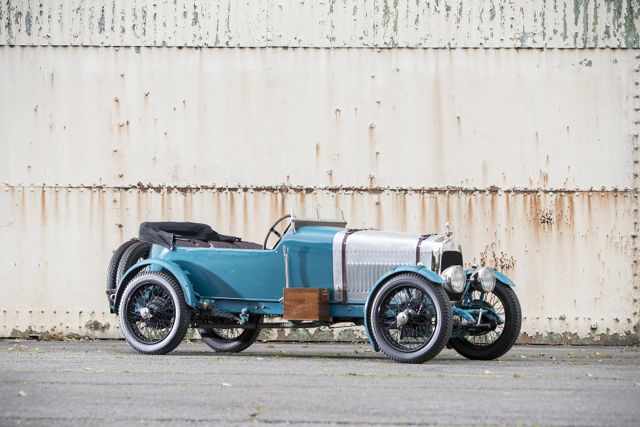 A landmark car in the history of Aston Martin,

An important link in the history of Aston Martin, this Renwick and Bertelli “Buzzbox” offered for sale here, had been constructed in 1924/5 by William Somerville Renwick and Augustus “Gus” Bertelli. Renwick had been working at Armstrong Siddeley, while Bertelli had worked at FIAT and Enfield-Allday as well as Wolf Barnato and consulting for other firms. Both talented and engineers, they came together to set up Renwick & Bertelli Ltd, a company that would produce proprietary engines. Bertelli owned an Enfield-Alldays in which he had competed during his time as works manager at the firm in the early 1920s. Renwick and Bertelli used this Enflied-Alldays chassis as a basis to design their own car. The chassis was fitted with a 1,481cc Single Overhead camshaft engine of their own design and a simple sporting body designed by Gus Bertelli’s brother Enrico.

In 1926 Renwick and Bertelli, with the help of Lord and Lady Charnwood, purchased the ailing Bamford and Martin Ltd. from the receivers and re-launched the company as Aston Martin Motors Ltd. The Enfield-Alldays, now rebadged “R&B,” with a very Aston Martin shaped radiator, became known as “Buzzbox” and was used as a test bed for new designs, the 1½-Litre single overhead camshaft engine being the inspiration for the highly successful “International” and “Le Mans” models produced by Aston Martin Motors Limited. 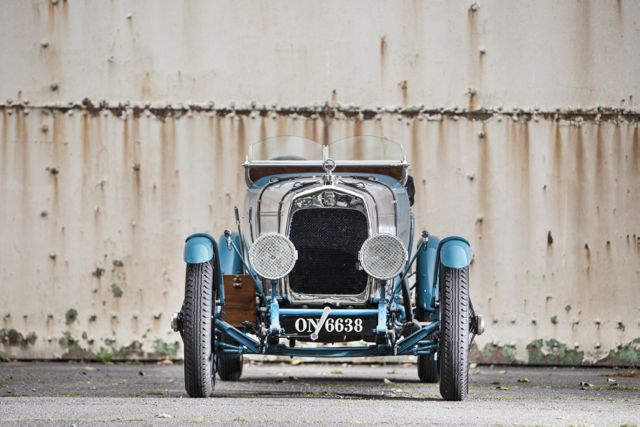 On page 88 of ‘Aston Martin 1913-47’ – Inman Hunter and Alan Archer’s superb work chronicling the early history of Aston Martin – there is a photograph printed, that shows a T-Type Aston Martin at the works in 1927 and “Buzzbox” can be seen in the background near the work bench. It is thought that “Buzzbox” resided in the Birmingham area until around 1947 when it re-appeared in Gloucestershire. It subsequently passed through a number of owners remaining on the road between 1960 and the 1980s. During this time some restoration work had been carried out by Ian Raby including the construction of coachwork replicating Enrico Bertelli’s original design and the rebuilding of the re-build of the “R&B” badged radiator. A letter on file from Augustus Bertelli to Mrs. Raby (Ian having passed away at the date the letter was written) sates that: “This car became the basis of the Aston Martin for many years.’ This simple statement, from the man himself, perhaps sums up best the significance of this particular car in the overall history of the Aston Martin marque. 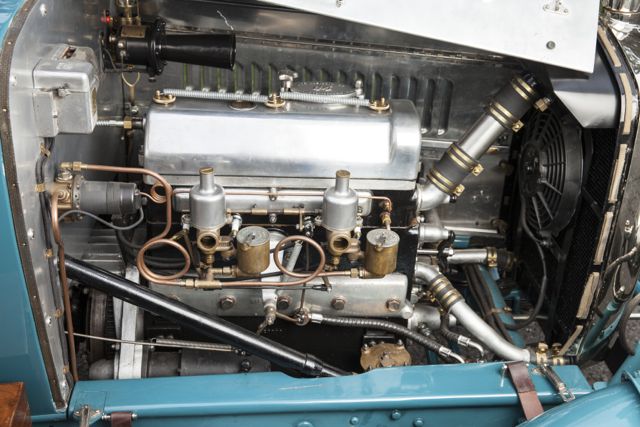 In 1989 A.J. Christopher Thomas of Huntingdon purchased ‘Buzzbox’ at Auction. The current owner acquired the car from Chris Thomas, then president of the Veteran Car Club of Great Britain, in August 2000. Realizing the significance of the car and that the gradual restoration by various owners had resulted in much incorrect detail the current owner decided to carry out a full and comprehensive rebuild of the car to original specifications. Naturally this work was entrusted to Andy Bell and his team at Ecurie Bertelli, perfectly qualified, of course, to correctly restore such a significant piece of history from the Bertelli years of Aston Martin. Two large files of invoices pertaining to the work carried out are offered with the car and clearly demonstrate that this was a no expense spared project. Although Ecurie Bertelli carried out the lion share of the restoration it should also be noted that James E Pearce were responsible for the bodywork and trim, Peter Richard Claridge fabricated the cycle wings and that both Blakeney Motorsports and Ewell-Smith Engineering all played a part in bringing this significant car back to life.
Upon completion of the works, which took 16 years to undertake, “Buzzbox” was quite rightly put on display in The Barn at the Aston Martin Heritage Trust. Only around 100 dry miles have been covered since completion of the works and as such the car is in immaculate condition throughout. Having formed the basis of one of the more successful periods in Aston Martin’s long and sometimes tumultuous history “Buzzbox” is surely a must for any serious Aston Martin collection. It should also be noted that with lightweight construction and the fruity T-Type single overhead camshaft 1½-Litre engine it is also eminently usable in modern road conditions and on events. Both highly collectable and extremely usable this important vintage sports car has been lavished with attention regardless of cost and benefits from a well-documented history.
Close inspection is welcome by appointment 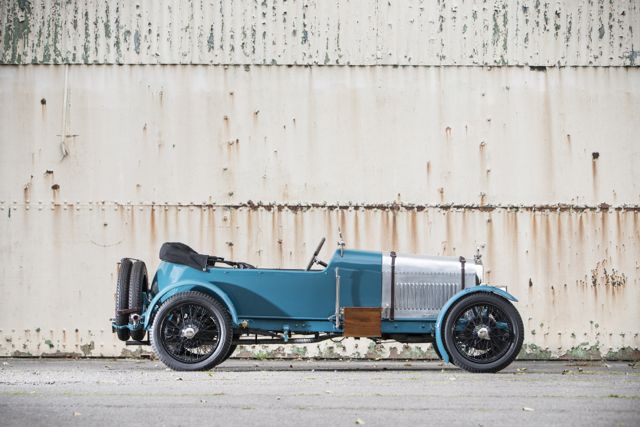 Sepsis is a life threatening condition that arises when the body’s response to an infection injures its own tissues and organs. Sepsis leads to shock, multiple organ failure and death especially if not recognized early and treated promptly.

FOR INFORMATUIN ON SEPSIS: CLICK HERE
Posted by jeffharris at 11:21