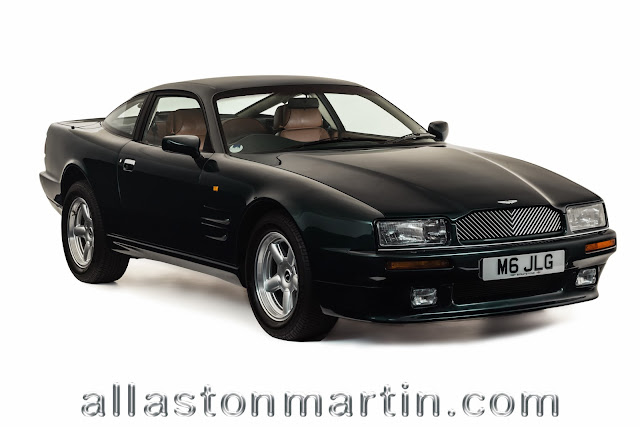 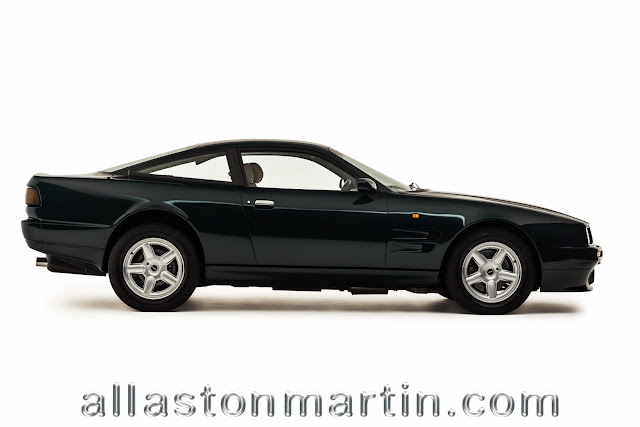 Background:
The V8 Coupé Limited Edition made its world debut at the British International Motor Show on the 18th of October 1994. The suspension system and external appearance, owes more to the Vantage than the Virage. The following are selective quotes from the press release issued by Aston Martin Lagonda Ltd.
"With a maximum speed in excess of 150 mph the Aston Martin V8 Coupe Limited Edition offers 10% more power than the Virage or Volante and there is an equivalent reduction in exhaust emission levels through the use of more efficient design 32 valve cylinder heads and a new electronic management system for the 5.3 litre V8 engine. Production of the V8 Coupe Limited Edition will be restricted to no more than 10 units for delivery during the next six months. (only nine cars were eventually built) 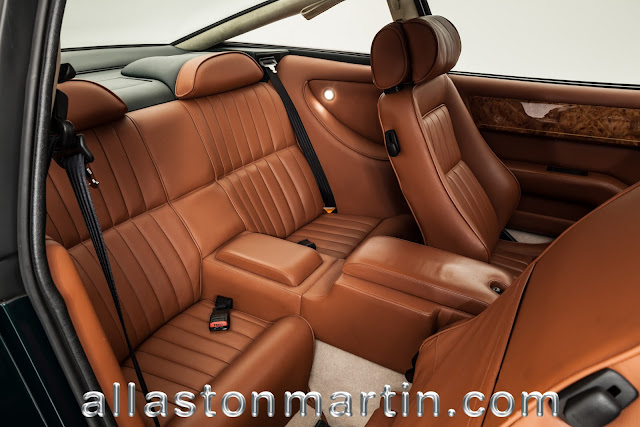 Each V8 Coupe Limited Edition model will be finished in a dark metallic "British Racing" green (the colour used for all cars was Deep Jewel Green Metallic) with a contrasting saddle brown Connolly hide upholstery which is matched to cream and biscuit alcantara for the roof lining and interior door trims."
In a break with tradition burr elm is used for the instrument and facia panels in preference to the more traditional burr walnut used on other Aston Martin and Lagonda models.
"A special 'V' motif radiator grille has been designed to give the V8 Coupe Limited Edition model its own distinctive appearance while acknowledging its heritage in relation to the Virage, Volante and Vantage.
Priced at £137,500 the Aston Martin V8 Coupe Limited Edition has 4 wheel anti-lock disc brakes, an advanced design climate control system, a driver's side air bag and a choice of a 5-speed manual or 4-speed electronically controlled automatic transmission." 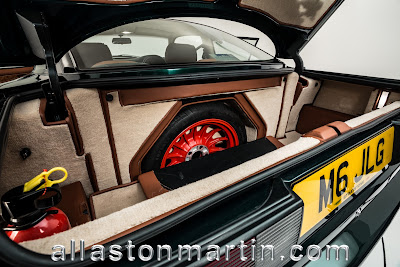 Summary:
There could be any number of reasons for the next owner to choose this V8 Coupe LE as their first Aston Martin or to add to a collection.
There is the rarity of the model - Aston Martin planned to build ten cars but the current owner has been told by Tim Cottingham of Aston Martin Heritage that only nine were in fact built. Or it may be the immaculate service and MOT history evidencing the care and attention that the car has received. And of course there is the attractively low mileage which always appeal.
We think there is a simple summarising reason to choose this car – simply put, it is the best. 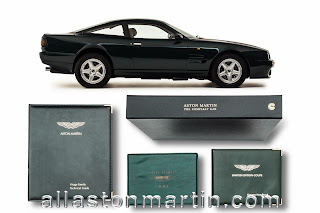 Vehicle History
In the early 1990’s, Lionel Greenslade had decided to treat himself to a new Aston Martin and chose the newest model, a DB7- cutting edge design from Ian McCallum produced in Aston Martin’s newest factory.
Part of the order process was a personal invitation to visit Aston Martin at Newport Pagnell and during his tour he was distracted by the noise from the factory body shop and was mesmerised by the traditional construction of the aluminium bodies of the hand built Aston Martins. As a result, he changed his order from the DB7 to the very best of the traditional cars, the V8 Coupe Limited Edition that had the added bonus of rarity as his was one of just 10 cars planned, and in fact only 9 were built.
On behalf of the first owner, Byron International sold the car to the current (second owner) in 2011 and when they met, Lionel said that the car had never been out in the wet – he then hesitated and corrected himself remembering the one occasion when returning from an MOT, he had been caught by a sudden shower.
Such statements are commonplace in classified advertising. But when he returned the car to Stratstones of Wilmslow for its next scheduled service, the current owner engaged in conversation with the Service Manager, Keith who knew the car and the previous owner well. He confirmed that on a number of occasions, Lionel would book his car in for service and then phone on the day to postpone if the weather was not good enough.
A further reflection of Mr Greenslade’s approach was that, having ordered embroidered Aston Martin over mats for the car, he then purchased additional plain mats lay over the Aston Martin mats to protect them! 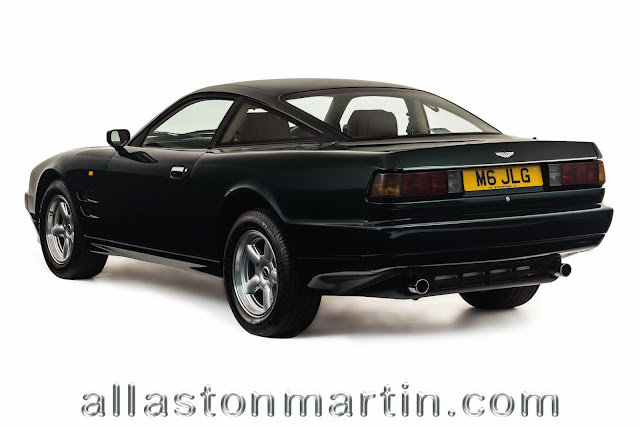 As for the low mileage and originality of the car – look no further than the under bonnet area. By design, the airbox intakes are covered in a thin layer of protected foam rubber – you won’t see this very often because the heat of the engine and general use sees these protective covers harden and disintegrate, never to be renewed. This engine sports its original specification with those covers intact. In fact the whole car has that patina of originality that cannot be reproduced by restoration or a tin of polish – the exception being the wheels, because they have been refurbished as part of the essential maintenance of the car.
And it was a reflection of respect for the care and attention this car had received under Mr Greenslade’s stewardship that the current owner has maintained the same fastidious approach including choosing to keep the servicing at Stratstones of Wilmslow to ensure continuity of care. He has presented the car with a full set of books for the car, the tool kit is complete and includes gloves, the service history file includes every tax disc and he has even left the original number plates and rear window sticker identifying the supplying dealer.
So for the collector, the most apt description for this superlative V8 Coupe Limited Edition is summed up in the title of the Palawan Press book that is included in the sale - “Aston Martin the Compleat Car”. 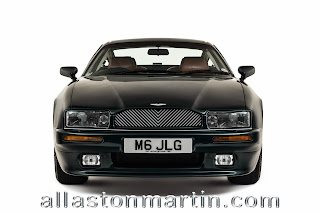 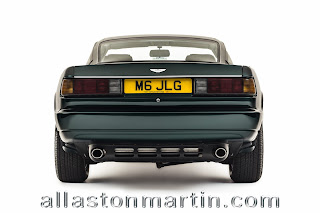 TO UNDERSTSND MORE ABOUT SEPSIS: CLICK HERE
Posted by jeffharris at 16:38