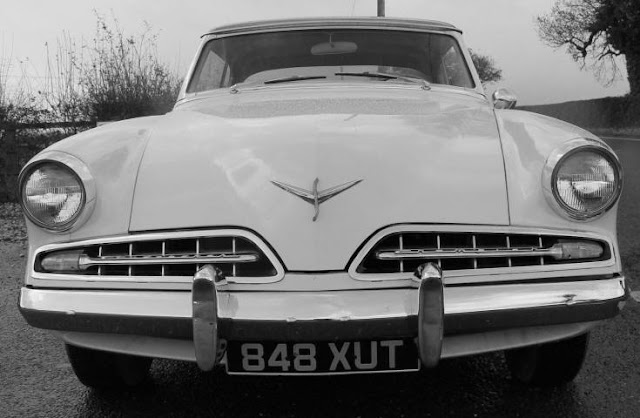 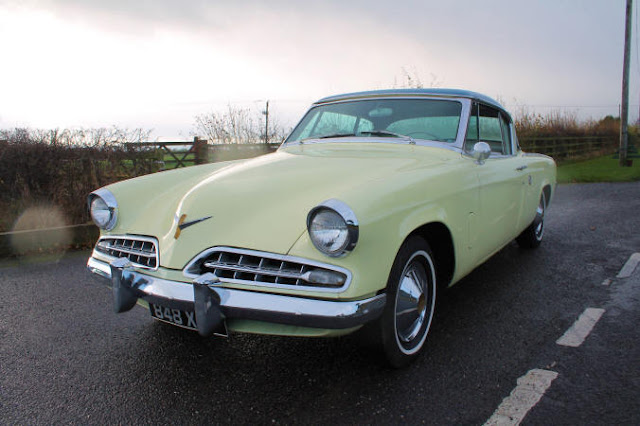 This stunning Studebaker Champion is a 1954 example finished in a Pastel Yellow with a Blue roof. It has the optional extra wheel discs and white wall tyres, with a dark brown interior. The car arrived in the UK in 2008 and comes with a comprehensive history containing various previous owner correspondence and invoices. One letter from the second owner confirms he bought the car from a Mrs Florence Grim (first owner) in 1968 and during his ownership in the US was a 100 point show car. The car was later sold to its third owner who kept the car many years. The car was advertised in the US in 2007 as a genuine 64,000-mile car, being sold by its third owner who confirmed the engine was overhauled in 2007. The car had been covering 100 miles annually for ten years and was sold to a Mayfair, London based Company Chairman and former Merchant Banker.

Expenditure since arriving in the UK from Ohio includes £1,500 spent on a fabricating and fitting a bespoke stainless steel exhaust system, £500 on work to include balancing the prop shaft, renewing door trims and an invoice for £2,200 details stripping and cleaning brakes, renewing rear spring eye bushes, rear spring eye nuts and bolts, new differential oil seal and cover plate gasket, new fuel tank sender unit, new prop shaft bearing rubbers, new gearbox seal, lubrication of all linkages and various new engine gaskets and seals. The paperwork also supports a new wiring loom and further trim carried out by its first UK owner. The Studebaker has arrived with us in strong mechanical order, driving exceptionally well and ready to use and enjoy. The car presents beautifully with lovely paintwork and has a very distinctive, stunning Coupe body. The upholstery has been beautifully kept and looks like a low mileage car and has clearly spent much of its life garaged. 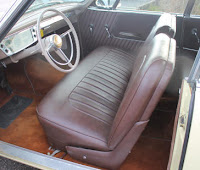 The Studebaker Champion was a fabulously styled car from the peak of the glamorous 1950s era with the design penned by the renowned Raymond Loewy. No one understood the American Dream better than the Paris born Loewy, largely because he lived it. Loewy founded the world's first design consultancy in New York where he worked on various projects from designing the Lucky Strike cigarette packet (a product that he smoked through a solid gold cigarette holder), the Presidential aircraft Airforce One, Coca-Cola, Greyhound Buses and the lazy S of the Studebaker badge which was, in fact, his own handwriting. He was the founder of modern Industrial design and Studebaker gave Loewy full credit for styling most of its cars from 1938 through to 1956 and the two became synonymous with one another much more so than any other designer and car name. 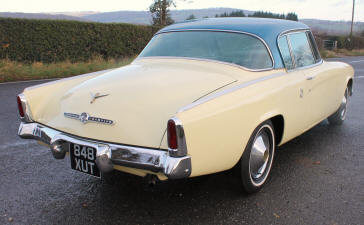