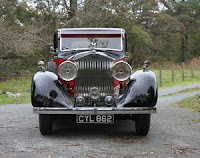 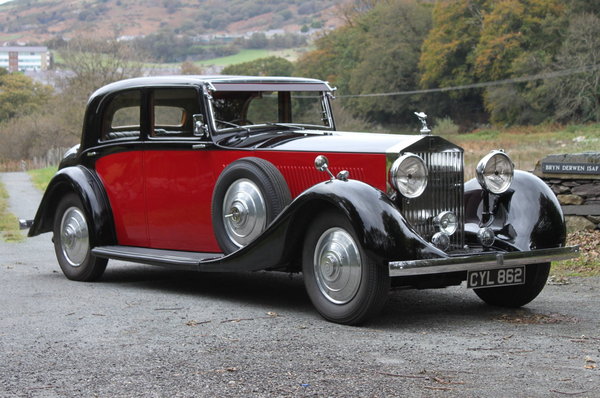 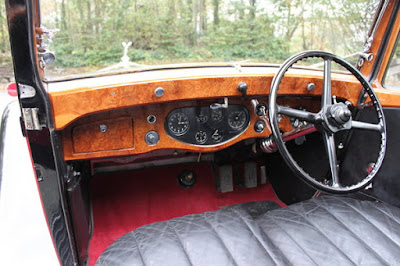 A lovely example of the sought after Continental model, in excellent condition mechanically, structurally and cosmetically. Nicely finished in black & red, with black leather upholstery and red carpets. Chromework, interior wood are also excellent, and an external sun visor with tinted glass has just been fitted, adding character and balance to the car's design. The engine has recently been overhauled, and following 2,000 miles of ‘shakedown’, is now running very well and driving nicely, with plenty of power, light steering, excellent brakes, etc. Expenditure over the last few years, fully documented in the large box file of history which comes with the car, amounts to something in the region of £85,000. New tyres just fitted, and offered MoT tested until October 2018. 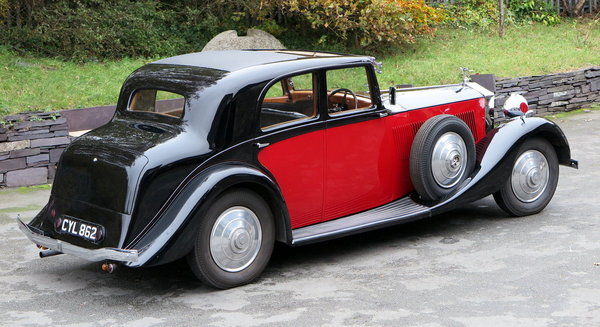 Snippets: Petroleum, Animal Feeds & a Titled Family.
The first owner of 42UK was George Samuel Engle (1883/1944) - in 1918 he had changed his surname by deed poll from Engel to Engle. Engle was a senior manager of Asiatic Petroleum which was part of the Combined Petroleum Company which later became Shell; in the biography of Sir Henri Deterding written by Glyn Roberts – George Engle is referred to as “Secretary & prime mystery man of Asiatic Petroleum”. Within 3 years, 42UK had been sold to Richard Poole Silcock, a scion of R. Silcock & Sons, feed merchants later acquired & renamed BOCM Silcock. In 1909 Richard’s father Thomas Butler Silcock had commissioned T. H. Mawson & Son to design Arthfield House which was built in 1920, Mawson’s also did a garden layout at Thornton Hall and a woodland walk at Bleasdale Tower – this for Richard’s uncle W. A. Silcock. The Silcock family also bred pigs which were fed exclusively on their own products & the animals won many awards in the “Bacon from 1st Cross Pigs” with their Landrace cross Large Whites. Within 12 months, just before the outbreak of WWII the PII was acquired by Lady Effie Millington-Drake who had returned to the UK from Uraguay ahead of her husband Sir Eugen John Henry Vanderstegen Millington-Drake, they had been stationed in Uraguay since 1934 as Minister. Lady Effie was the daughter of the 1st Earl of Inchcape – businessman & colonial administrator in India who later became Chairman of the Peninsular and Oriental Steam Navigation Company ("P&O"). Effie’s sister Elsie (1893/1928) was a lady of many talents - aviator, actress, & interior designer for P & O, she vanished whilst attempting an east-westerly Atlantic flight. When the Millington-Drake’s travelled they did so in style with 30 Louis Vuitton Suitcases & of course outfits from Worth for Lady Effie (an heiress in her own right). Sir Eugen entered the diplomatic service in 1912, his first posting was in St Petersburg, later placements included Paris, Buenos Aires, Bucharest, Copenhagen & Uruguay. Sir Eugen was a keen sportsman - this was reflected in that he served on Olympic committees in 1936 & 1948. After WWII 42UK was sold to G. H. Walford (1902/68) of Sherborne St John, a solicitor whose lineage can be traced back to the 13th Century. 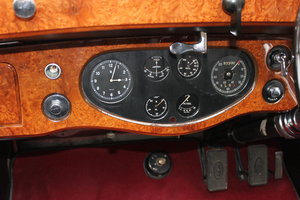