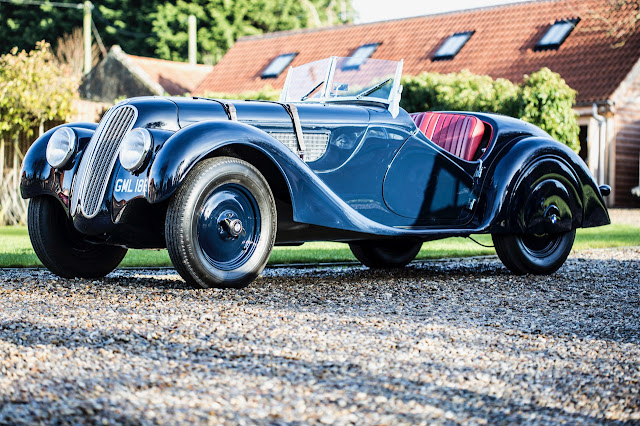 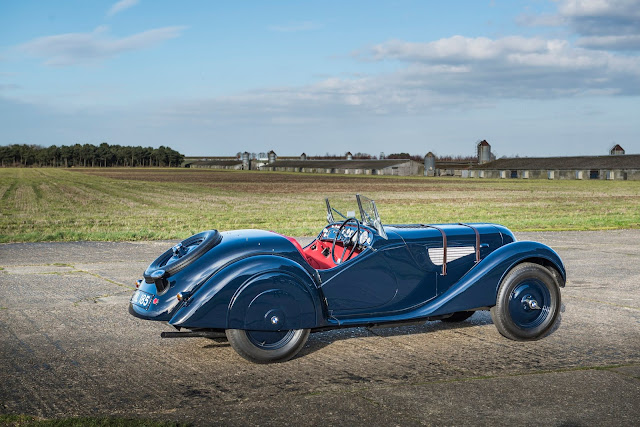 Matured for over 80 years. One of the finest cars of the century.

To appreciate this motor car, we must first understand the BMW 328’s well-deserved place in the history books. The 328 made its debut at the Nürburgring on 14th June 1936. Piloted by Ernst Henne, the prototype achieved a remarkable and unexpected victory at the annual Eifelrennen event, going on to become one of the most legendary sports cars of the century. The engineers, led by Chief Engineer Fritz Fiedler, defied convention by using a powerful 2-litre six-cylinder engine combined with a lightweight and stiff chassis rather than the supercharged engines favoured by many of their competitors. Their approach paid off.
Taking stylistic inspiration from the 319/1 Sport and 329, the BMW 328 pushed the limits of engineering with several innovations such as the new cylinder head designed by Rudolf Schleicher, producing an impressive 80bhp. BMW’s vision made the 328 one of the first truly modern sports cars; perhaps the only pre-war model to drive like a post-war car. Even after the war, the 328 proved a formidable racing car on the track. From late-1934 onwards, Frazer Nash (AFN Ltd) was granted permission from BMW to import the 328 into the UK where they were sold as Frazer Nash BMWs with the iconic Frazer Nash badge.
This immaculate 1937 Frazer Nash BMW 328 (registration number GML 185) is affectionately known as “Zoe”. The car has been cherished and thoroughly enjoyed, being used daily for many years and for long-distance driving holidays to Scotland and Europe. Purchased by its current owner in 1950 from Gilly Tyrer, the car was taken across the English Channel to stretch its legs the following summer touring around France, where it viewed The 24 Hours of Le Mans and the 1950 French Grand Prix at Reims-Gueux. On its return to England, the car competed in several prestigious hill climb events, earning a desirable period race history.
GML 185 was entered into Lands End, Exeter, Derbyshire Classic Reliability Trials and Speed Hill Climbs, and was regularly used between Boscombe Down and Falmouth for 48 Hour Passes. Since 1985, the car has been stored in a dehumidified building and has since been entirely dismantled and built from the ground up by Thornley Kelham, the well-known and respected specialists in classic and vintage restoration, at their state-of-the-art 18,000 sq ft premises outside of Cirencester. Through skilled craftsmanship and great attention to detail, the car was sympathetically restored and kept as original as possible in every respect.
Complete with a fabulous history, GML 185 comes with extensive documents dating back to the 1950’s including a comprehensive detailing of the recent restoration process presented as a printed book, handwritten records of correspondence and work carried out, and historic photographs from racing events and competitions.
Restored to original condition and cared for by a single owner since 1950, this is a unique opportunity to purchase a rare and highly sought-after example of the legendary Frazer Nash BMW 328. The depth of history and the provenance of the car is remarkable. GML 185 is presented with decades of detailed records including a hardcover book containing handwritten notes of correspondence and the dates of all work ever carried out. This is complemented by a published book presented to the owner by Thornley Kelham detailing the restoration process from beginning to end.
These additions complete with its period race history and the car’s Concours quality condition make GML 185 a truly one-off example. Produced in limited numbers and widely regarded as one of the first true sports cars, these early Frazer Nash BMW 328s come to market infrequently and it is believed that fewer than 200 exist today.
In 2017, GML 185 was announced as the winner of ‘Best of Show’ at The London City Concours at the HAC in London on 8-9 June 2017 (sponsored by Octane Magazine).
Price: £POA 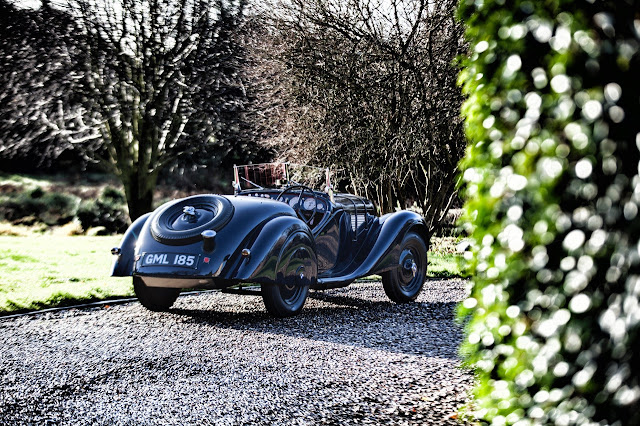