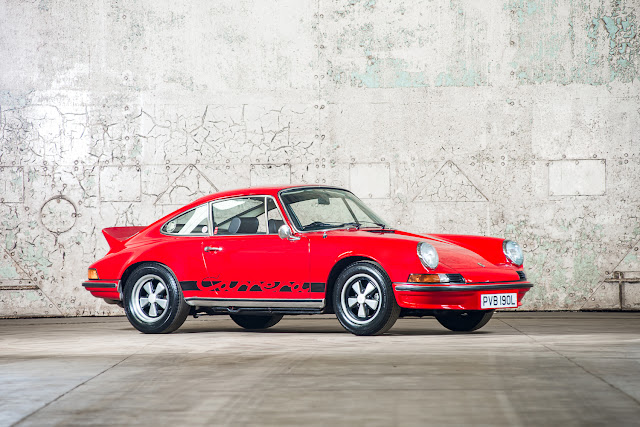 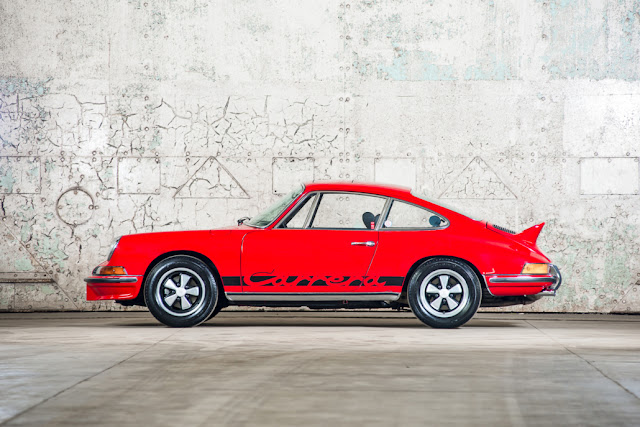 The Porsche 911 2.7 RS has always been and remains today, one of the greatest cars for both road and track. A popular choice for the racing driver as transport from one European race circuit to the next, it is often considered the ultimate 1970s fast road car.
The Touring we have in our showrooms is a rare Right Hand Drive example, one of the 94 Right Hand Drive factory built cars, and one of only 5 RHD Tourings in Bahia Red.
Chassis 911 360 1022 was completed on the 6th April 1973 and supplied as an M472 Touring, C16 UK spec car. Factory fitted extras include an electric sunroof, drivers outside mirror, electric windows, heated rear screen and black leatherette seats with corduroy inserts.
This is a matching number, unrestored example and is exceptionally original. The mileage of 71,284 is documented with history from new. Autofarm first looked after the car for its original owner in 1975, and have maintained it for almost every owner since. The wheels are date stamped, the paint on the inside of the engine bay and under the bonnet is factory original. The trim is almost completely original, externally painted once by AFN in 1998.
The history file is extensive and includes the original Owner’s Hand Book, original (and mostly complete) Service Record booklet, as well as the Certificate of Originality from Porsche confirming that this is, indeed, a fully matching numbers car.
It is coming out of the long-term ownership, the current owner having bought it in 1999. A full service and detail were recently completed by Autofarm.
This is not a restored car; it is an unmolested 2.7 RS Touring that retains so many original factory details often lost in those that have been raced, rallied and restored. A rare opportunity and one for a serious collector of the Porsche marque who values originality. 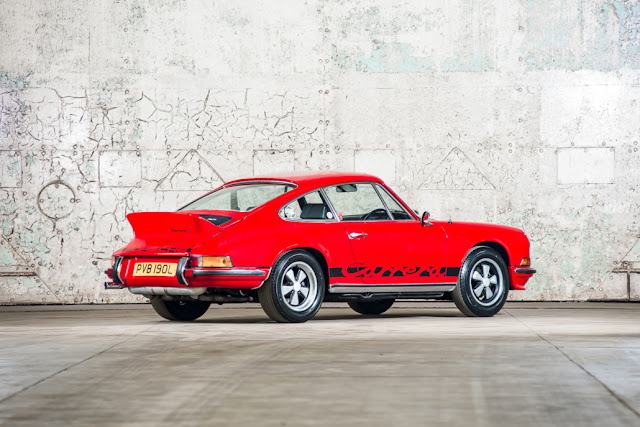