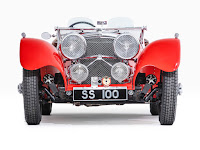 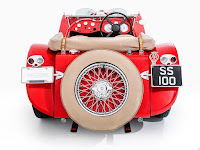 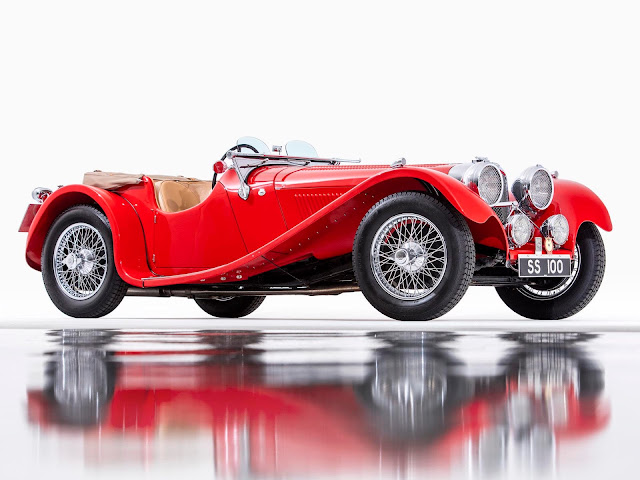 The archetypal pre-war English sports car can be seen in a Jaguar SS100 with its long bonnet line, down-swept wings, raked fuel tank rear end and cutaway doors. The model found instant success; Wisdom won the gruelling 1936 Alpine Trial in his 2.5-liter car and the model would be successful on many other international rallies.

Just under 200 of the 2.5-liter model were made. Chassis # 49053 was built in August 1938 and supplied by the main agents Appleyard of Leeds in March 1939 according to the Jaguar Heritage Trust trace certificate. The early history of this car is unknown to us at present, but by the 1990s it appeared in an auction in Las Vegas and was purchased from there by Joe Glickman of La Jolla, California and adding to his impressive Jaguar collection. He entrusted highly respected restorer Jack Rabell to completely restore the car starting from the frame up and to show condition, which was an eighteen-month project and which is documented with a cd and some supporting photographs. Rabell's own SS100 had won many show awards and the restoration of this car was to the same exacting standards as his own car.

More than 20 years after its Pebble Beach Concours debut, this SS100 2.5 litre-engine still shows wonderfully. Resplendent in bright red with a tan leather interior and matching soft top, the quality of the restoration by Jack Rabell shines as the car makes a strong statement. Great chrome, paint and leather stand up today and now it is time for someone to drive and enjoy this Jaguar as intended. The engine fires right up 'on the button' as they say and it pulls strongly in all gears and shifts smoothly. The Jaguar Heritage Trust certificate shows that it left the factory painted grey but when restored the owner chose a striking red over tan leather colour combination that looks extremely sporty. Eligible for many great events this should be the perfect pre-war sports car to tour with. One of only 65 that were built between 1938-40 from which around only 50 are known to have survived, so commendably rare. 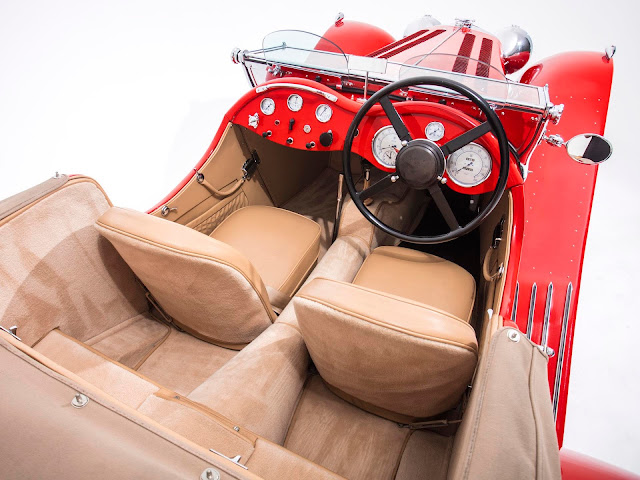 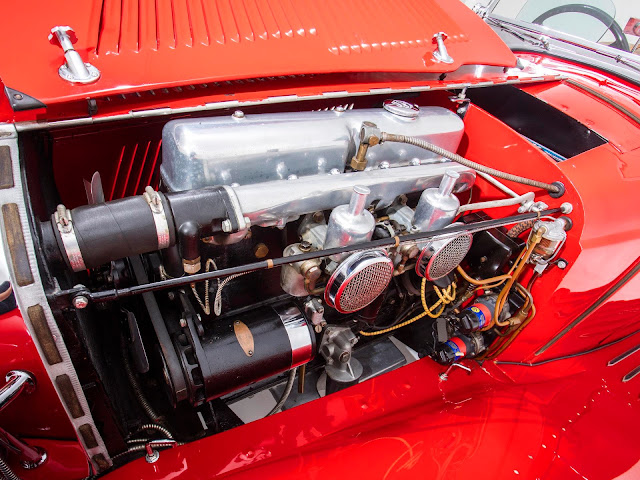 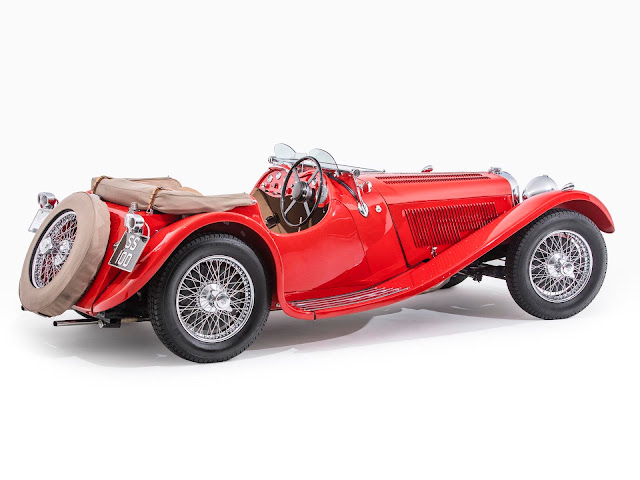