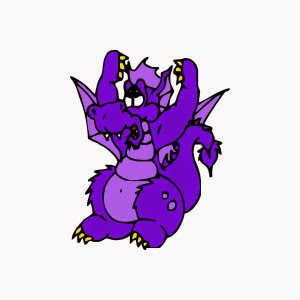 OK the boss has let me loose with the catalogue for Historics Auctions next sale  on 30th August at Brooklands Museum. After his attempt yesterday with the Batman Boat I have tried to top it with an eye on Summer 2015 with the following

The Bedford OB introduced in 1939, with its wheelbase of over 14 feet, was designed to carry 26 to 29 passengers with its 27 horsepower engine. Although only 73 were built prior to World War II, it reappeared in a largely unchanged form at the end of the war, continuing in production until 1951. A total of 12,766 were produced making it one of the most popular buses of its type, ever.

Bedford co-developed with Duple, the 'Vista' coachwork for the OB fronted by a classic bullnose design. The ash framework was reinforced with steel and the floor made from hardwood with softwood tongue and groove boarding. Geared to reach speeds of at least 40mph, fast for its day, the OB was remembered by many for its characteristic gearbox whine.  There are known to be just 180 still in existence with just 70 in roadworthy condition.

The amazing transformation of this 1950 OB presented in bronze and contrasting yellow with ruby red leather interior is perhaps one of the finest examples of a bespoke luxury motor-home we have ever come across. From its modern running gear to the American walnut hand-crafted kitchen, Apple Mac computer and Bose sound system, we can safely say the 3000 plus professional man-hours taken to convert this classic bus to such a high standard has certainly not been wasted and would put any modern-day motor-home to shame.

A 6.5 ton, 2006 Iveco three litre HDi engine and running gear with rear air suspension have replaced the original setup, with the engine having covered just 23,000 miles under a full service history. A ten point roll cage and side crash safety bars have been fitted to offer more modern safety standards with all but the roof having been re-panelled. We are told that this bus will comfortably achieve 90mph (if permitted) and would cruise at 70mph while towing perhaps your classic car to Goodwood, Silverstone Classic or Kop Hill, thus making you the envy of the paddock.

The sleeping arrangements include a double bedroom with en-suite in the rear with an additional fold out double in the seating area, there is also a large retractable roof so that you can enjoy the fresh air or atmosphere when static and plenty of luxury features to ensure your stay is comfortable. With only 180 Bedford OB's in existence today with this being the only one in the world being converted to such a high specification, why would you opt for the modern alternative... or the stuffy hotel room. Indeed why not sell the house and spend the summer touring Europe's motoring festivals!