Our choice of Classic of the Day comes from

Based in Chorleywood in Hertfordshire 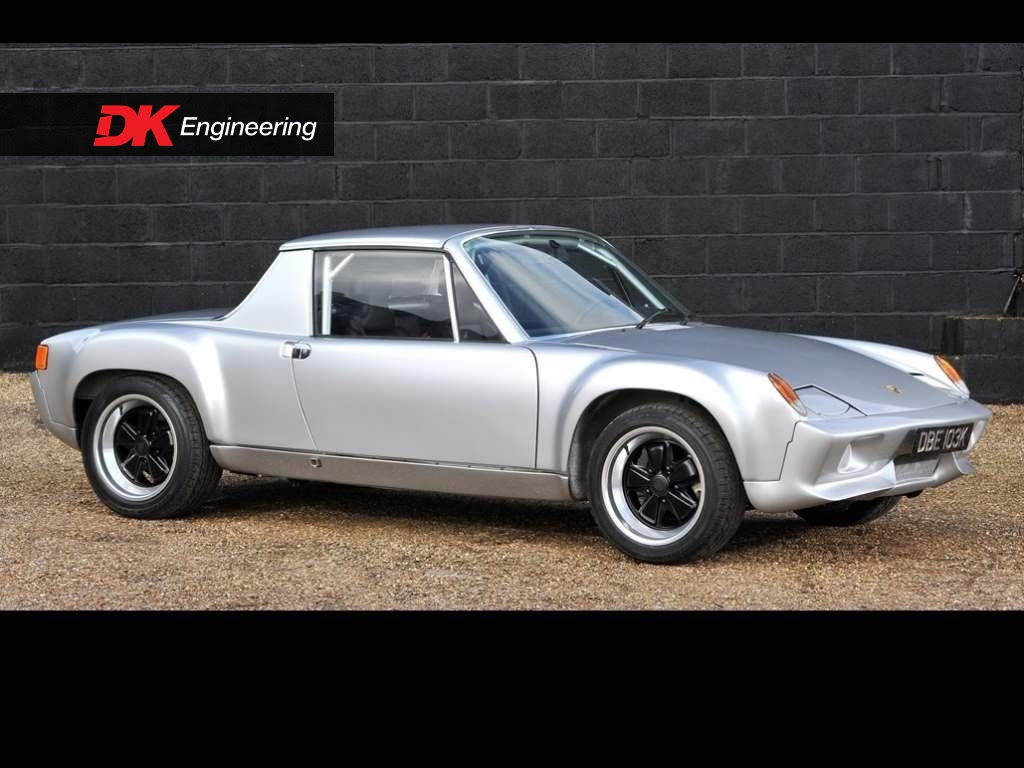 By the late 1960s, both Volkswagen and Porsche were in need of new models; Porsche was looking for a replacement for their entry-level 912, and Volkswagen wanted a new range-topping sports coupe to replace the Karmann Ghia. At the time, the majority of Volkswagen's developmental work was handled by Porsche, part of a setup that dated back to Porsche's founding; Volkswagen needed to contract out one last project to Porsche to fulfil the contract, and decided to make this that project. Ferdinand Piëch, who was in charge of research and development at Porsche, was put in charge of the 914 project.
Originally intending to sell the vehicle with a flat four-cylinder engine as a Volkswagen and with a flat six-cylinder engine as a Porsche, Porsche decided during development that having Volkswagen and Porsche models sharing the same body would be risky for business in the American market, and convinced Volkswagen to allow them to sell both versions as Porsches in North America.
On March 1, 1968, the first 914 prototype was presented. However, development became complicated after the death of Volkswagen's chairman, Heinz Nordhoff, on April 12, 1968. His successor, Kurt Lotz, was not connected with the Porsche dynasty and the verbal agreement between Volkswagen and Porsche fell apart. The 914 was Motor Trend's Import Car of the Year for 1970. A 914/6 GT piloted by Frenchmen Claude Ballot-Lena and Guy Chasseuil won the GTS class and finished sixth overall at the 1970 24 Hours of Le Mans. Brian Redman used the 914/6 to scout the course in practice runs of the 1970 Targa Florio circuit. Planned for the 1972 model year, the Porsche 916 program was cancelled after eleven prototypes with aerodynamic front and rear bumpers and either the 2.4 engine from the 911S, or the 2.7 from the Carrera. They were also to have a fixed steel roof, wider wheels, double grilled engine lid, and flared fenders as styled from the 914-6 GT cars. Ventilated disc brakes were fitted to all four wheels, and also a "mid-engined" version of the then-new 915 transmission, giving a conventional shift pattern with 1 to 4 in an H and fifth out on a limb

This particular and unique 914 was upgraded to 916 inspired specification over a 12 year period between 1996 and 2008. This total rebuild included the purchase of a 1974 2.7 Carrera engine for fitment to the car, a new Carrera based 916 transmission, new Kevlar composite Bonnet, bootlid and bumpers, and a total bare shell restoration. This extensive work was carried out by a trusted and well-known Porsche specialist, originally for a customer, and then from 2002 the car was owned by and finished by Gantspeed. The approximate retail value of the work carried out is £100,000 and as a result the car is in outstanding condition. Today presented in Silver with black leather interior the car has had just one owner since the total rebuild.

FOR FURTHER INFORMATION PLEASE VISIT THE WEBSITE AT: http://www.dkeng.co.uk/index.php

All viewings are strictly by appointment only.

Please use the enquiry form shown on the right hand side of this page for email communication.