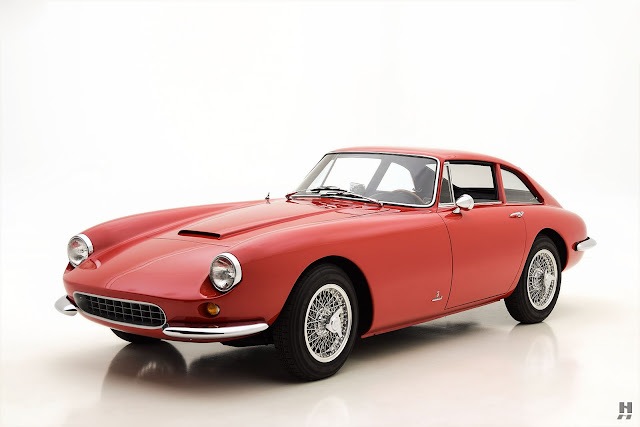 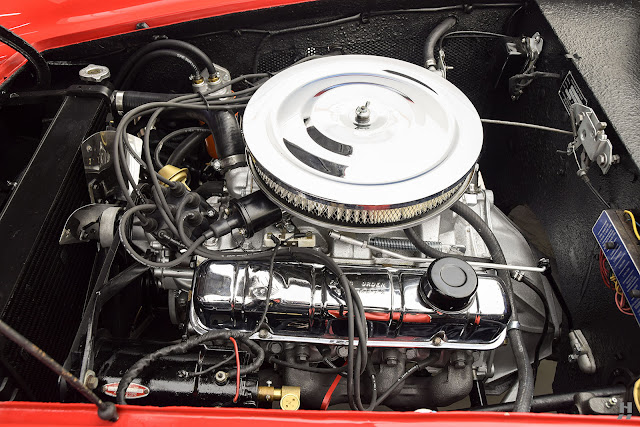 In 1962, a young engineer from California named Milt Brown had the idea of building a world-class sports car with a svelte Italian body, powered by reliable and affordable American V8 power. He even dreamed that with Buick engines, he could sell his car through GM dealers. Brown found backing for his idea and was shopping around for a coachbuilder to help realize his dream, when he met Frank Reisner of Carrozzeria Intermeccanica of Turin. A design was drawn up by Ron Plescia, and a deal was struck for Reisner’s fledgling coachbuilding firm to construct the chassis and body and ship it finished and trimmed to Oakland, California for drivetrain installation. Before production began, the styling was reworked by Reisner’s friend, the famed designer Franco Scaglione, lending serious credibility to the project. Early cars were powered by the advanced, light alloy 3.5 liter Buick V8. Later cars got more grunt in the form of the Skylark’s 300 cubic inch (4.9 liter) V8.
Financial woes struck soon, and a deal was made for a Texas company to build the cars under the name Vetta Ventura until IMC could get its finances in order, as well as to keep Intermeccanica in operation. All told, just 90 examples were built between 1960 and 1965. Thankfully, Frank Reisner persevered to carry on with his next project, the Italia in 1966. But the Apollo lives on as one of the few Italian-American hybrids that could take on the likes of Ferrari, Aston Martin and Jaguar in terms of performance and style. An Apollo 3500 GT even famously took on the likes of Herbie the Love Bug, as the Thorndyke Special. The appeal of the Apollo has always been that it is a genuine, coachbuilt Italian GT car with sublime looks and the performance to back it up. It has even been declared an “American Milestone Car”, a designation used to recognize important post-war designs in the same spirit as the CCCA Full Classic list. 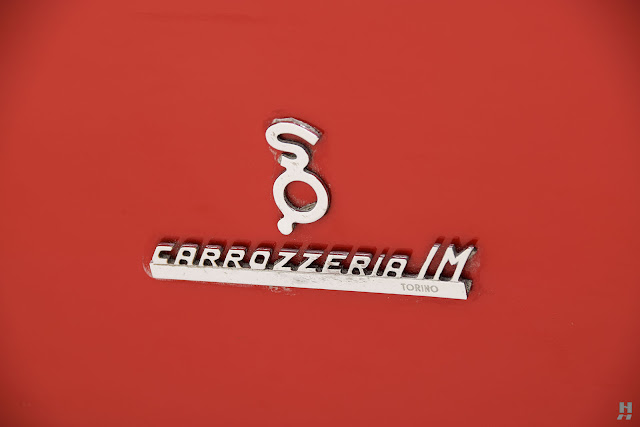 This 1963 Apollo 5000 GT coupe comes to us from long-term ownership in a private collection. It is a rare and desirable 4.9-liter Skylark-powered example (vs the 215-powered 3500 GT), and is equipped with a four speed Borg-Warner T-10 transmission. Extensive records show the previous owner, a passionate enthusiast, was searching Hemmings motor news in the early 1980s for one of his favorite cars – an Avanti. While perusing the “A” section of the magazine, he stumbled across this Apollo and immediately fell in love with the Scaglione design. He struck a deal with the seller and the car remained a prized part of his collection of important cars from 1984 through 2017. A sympathetic restoration and bare-metal respray was performed in 2006 and the car has been shown on numerous occasions as well as enjoyed on the road.
The Apollo remains in very good condition today, with beautiful red paintwork on an excellent, straight body. The classic Italian red is very well suited to the svelte fastback body style. The design is elegant and understated, with brightwork limited to window surrounds and delicately styled chrome bumpers, all of which appear in very good condition. It rides on a set of proper Borrani knock-off wire wheels with crossply tires as correct, imparting a low, wide stance on the road.
Black upholstery on the bucket seats presents in very good order, showing minimal wear. The seats feature a grippy fabric insert with black leatherette sides and backs. Black carpets are period appropriate loop type, again in very good condition and appearing to be in original. The interior is basic and businesslike, with an appealing sense of purpose in the clear, sensibly arranged dials in the black dash. The original Nardi wheel remains in place and still has its Apollo horn button. This example is also equipped with a 4-speed manual transmission for the ultimate sporting experience. 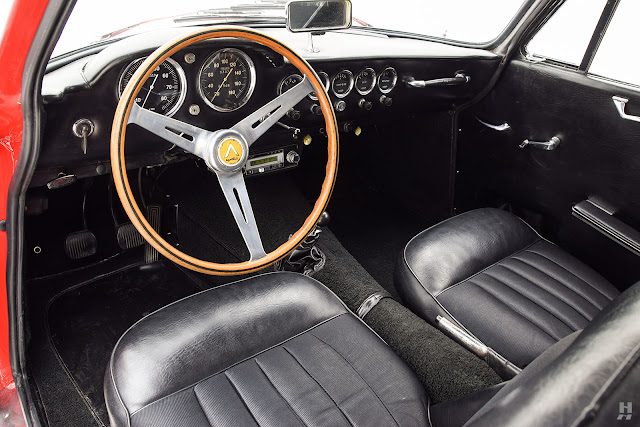 Lifting the forward-hinged hood reveals a very well detailed 300 cubic inch Buick V8 shared with the Skylark. In the light and agile Apollo chassis, the 250 horsepower Buick engine truly comes alive. Casting marks indicate it is a period correct engine for this car, and it is properly detailed with correct chrome valve covers, correct air cleaner and period correct fittings, clamps and hardware. The engine runs strong and sounds very healthy, breathing through dual Ansa exhausts. The tubular chassis remains in very good order and appears sound and solid throughout. When resprayed in 2006, great care was taken to keep as much of the car original as possible. A comprehensive history file includes correspondence with from the previous owner, receipts and photos from the restoration, parts sources and other enthusiast information about the history of Apollo cars. The car has been shown at the Greenwich Concours d’Elegance and it remains in very lovely thoroughly usable condition.
Most people who dreamed of building their own exotic GT car never even saw their projects come to fruition. The Apollo GT enjoyed relative success, despite struggles faced by Intermeccanica and Milt Brown, their perseverance and their brilliant car nevertheless has made an impact on thousands of petrolheads through history. But with only 90 examples built between 1962 and 1965, only a lucky few have the opportunity to experience the style, performance and quality of the Apollo 5000 GT first hand. 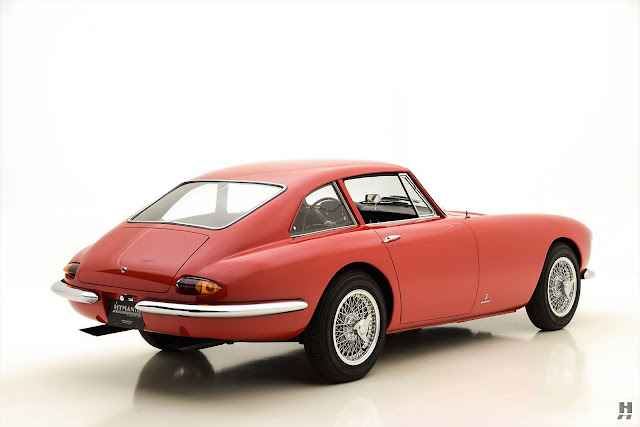 CLASSIC CHATTER
Powered by Dragons
Posted by jeffharris at 15:51