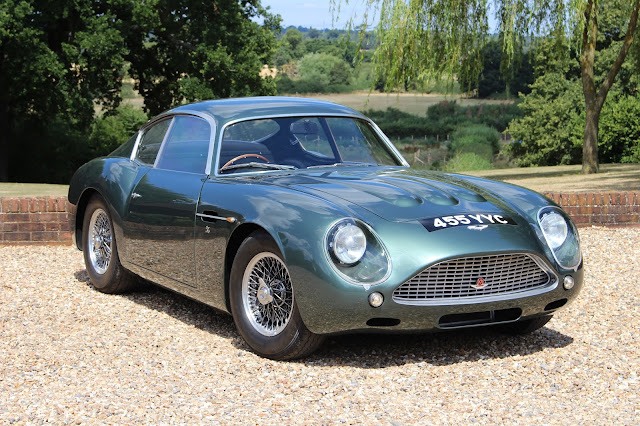 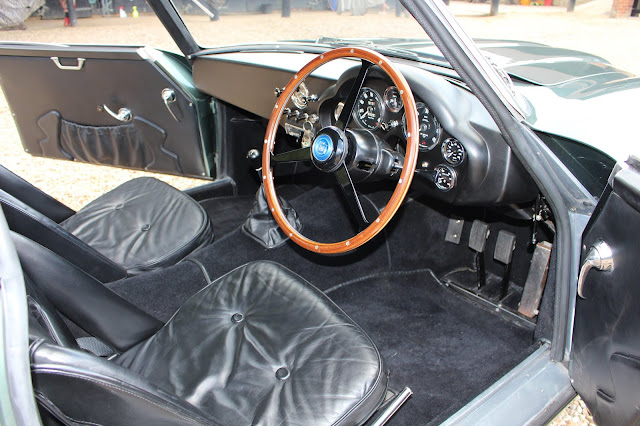 At the London Motor Show in 1960, the DB4GT chassis was offered with very special lightweight, two-seater bodywork built by Zagato.
Nineteen of these fabulous cars were produced and are now the most desirable road-legal Astons ever.
In 1987, Peter Livanos and Victor Gauntlett, the Joint Chairmen of Aston Martin Lagonda Limited, with the agreement of Zagato, sanctioned the build of four works approved DB4GT Zagato coupes using unused chassis from the earlier cars. DB4GT/0192, DB4GT/0196, DB4GT/0197 and DB4GT/0198 were subsequently produced.
The factory decreed that these works-approved models be known as the ‘Aston Martin DB4GT Zagato Sanction 2′ 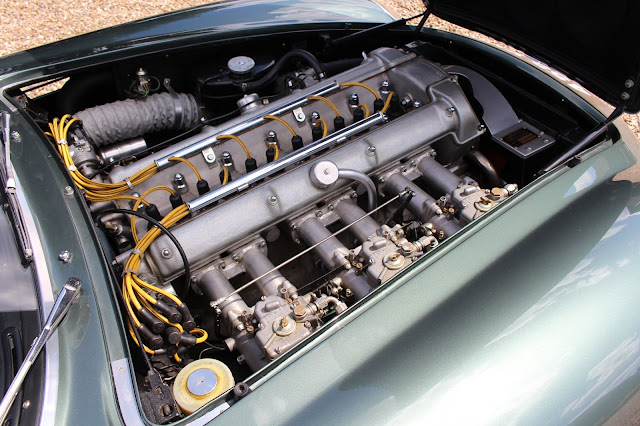 Richard Williams and RS Williams Ltd were commissioned to build the Sanction 2 cars.
To ensure the bodies were identical to the original cars, Richard Williams sent his own car to Italy for patterns to be made.
All four completed cars were unveiled at RS Williams premises in Cobham on the 22nd July 1991
The Sanction 2 cars are virtually indistinguishable from the original DB4GT Zagatos apart from some minor but significant modifications.
– Chassis strengthening to improve torsional rigidity
– Engine capacity increase from 3670cc to 4212cc with Weber 50DC01/SP carburettors (replacing 45DCOE’s) developing 352bhp (up from 314bhp)
– Wishbone independent front suspension with co-axial spring/damper units and thicker anti-roll bar
– Live rear axle with coil springs and double-acting telescopic dampers, located by parallel trailing links and a Watts linkage
– Borrani 15’x 6’ wheels
– Four-speed David Brown gearbox, limited-slip differential with 3.07:1 final drive ratio
– 35 gallon (159 litre) fuel tank


The enhancements allowed 0-60mph in 5.5 seconds and 100MPH achieved in 12.2 seconds on its way to a top speed of 153mph.
Upon completion Victor Gauntlett said: “The quality and authenticity are outstanding and each of these four cars will bear the most detailed comparison with the first 19 built. It is also important that Zagato have wholeheartedly approved the project”.
In no way can the Sanction 2 cars be seen as mere copies. They are absolutely accurate examples only separated by a period of 30 years from the first batch of cars. At the time of their unveiling, Victor Gauntlett described them as ‘works approved replicas’ as the project was blessed by both AML and Zagato.
Offered for sale, DB4GT/0192 is resplendent in its original RSW Green and black interior having covered 9,253 miles from new.
Please contact for further details on this very special car. 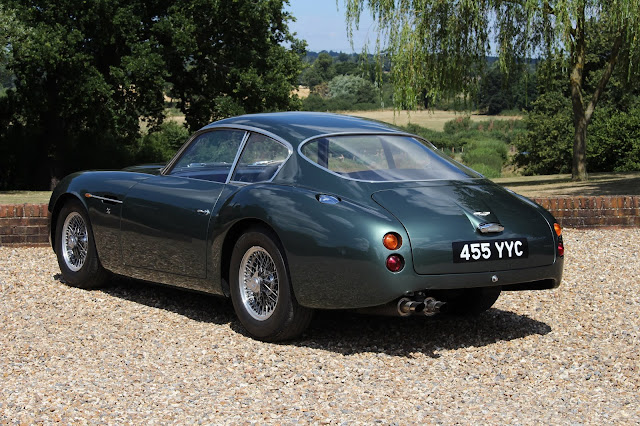 CLASSIC CHATTER
Powered by Dragons
Posted by jeffharris at 18:48