"CLASSIC OF THE DAY"
Countdown to Christmas
The man in the red suit is still checking his list so you still have a chance of getting that special gift, but you may need a larger garage first.
1978 FERRARI 308GTS 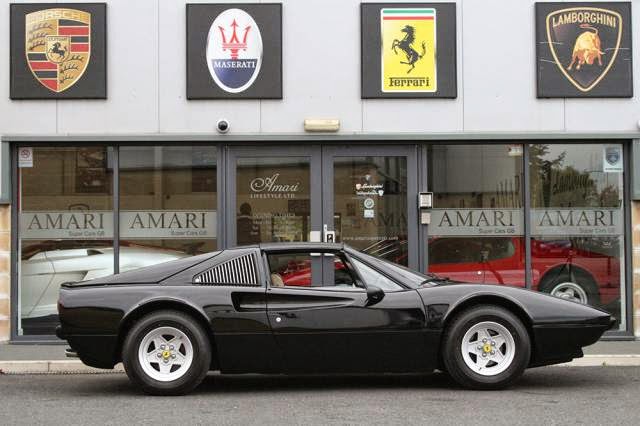 The Ferrari 308 GTB was launched at the Paris Motor show in 1975 as a direct replacement for the Dino 246. Designed by Pininfarina with sweeping curves and aggressive lines the 308 has gone on to become one of the most recognised Ferrari's of all time. The Targa topped Ferrari 308 GTS version was introduced in 1977 and was made famous by the TV series "Magnum PI". Fitted with a 2.9 litre DOHC V8 engine fitted with four Weber 40DCNF Carburettors that produced 255bhp the 308 went from 0 to 60mph in 6.5 seconds and on to a top speed of 159 mph. In 1980 fuel injection was added to the 308 and power went down from 255 bhp to 214 bhp however two years later four vales per cylinder were added giving quattrovalvole models 240bhp. The 308 was manufactured in both GTB and GTS forms from 1977 to 1985 before being replaced by the 328.
The body of the car was originally made in fibreglass, which changed to steel in 1977 and arguably vastly improved the car and handling. The engine was originally offered with Carburettor, but changed to Fuel Injection in 1980, followed by a Quattro Valve QV Model in 1982.
The Steel Bodied Carburettor models are of particular interest to the collectors as they all represent the original car with the improvement of the Steel Body.
The interest is increasing at an exponential rate, which has reflected in the values which are almost increasing on a weekly basis.

This left-hand drive Ferrari 308 GTS was supplied new in 1978 and is a desirable carburettor example. Finished in one of the most impressive colour combinations of black exterior with cream leather interior, it simply screams 1970s exotica. The previous owner discovered this car in a large European private collection, where it had been stored since 1996. It was taken directly to Ferrari marque specialists for inspection and was found to be in highly original condition. A full service was also carried out and the cambelts replaced. This work has all been completed within the one year and a full condition report will be supplied in the history file.
Supplied with a fresh MoT, service wallet and dealer book, this steel bodied carburettor model has to be worthy of consideration to any Ferrari collector.
The service history consist of the following:

You can buy the car in its present condition at the advertised price, OR
You can purchase the car as a 'ground up & full nuts & bolts' restoration project for £99,995.00.

For more information or to arrange a viewing, please contact our sales team on

Viewing is strictly by appointment only. 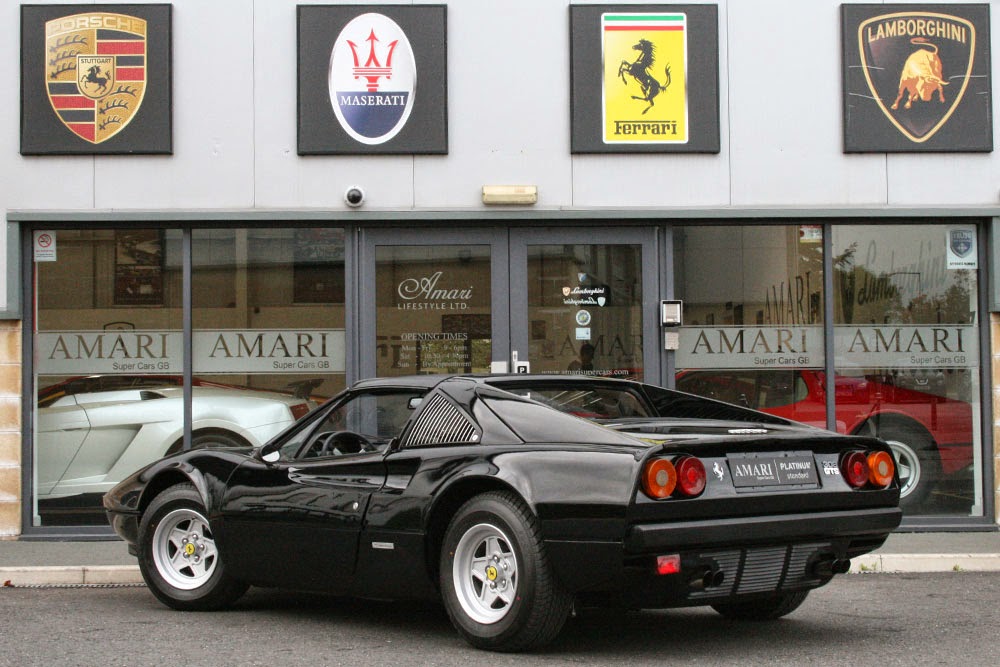 All Text & Images used with permission of AMARI SUPERCARS GB
Posted by jeffharris at 10:30