"CLASSIC OF THE DAY"
In Association with

Our selection today is totally different to anything we normally post. We are constantly looking for something unusual and we today think this is totally off the wall, quirky and should attract plenty of questions on the show circuit.
1952 TEMPO MATADOR PICK-UP TRUCK 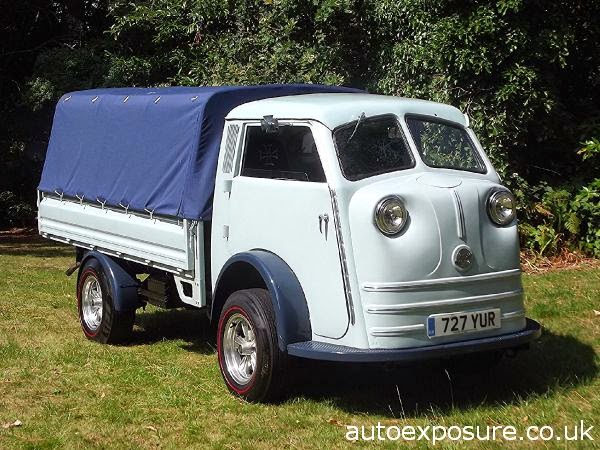 Finished in light blue with a brand new dark blue tilt. Full nut and bolt restoration and in fantastic condition. Please call for more details of this special pick up. A collector's must have 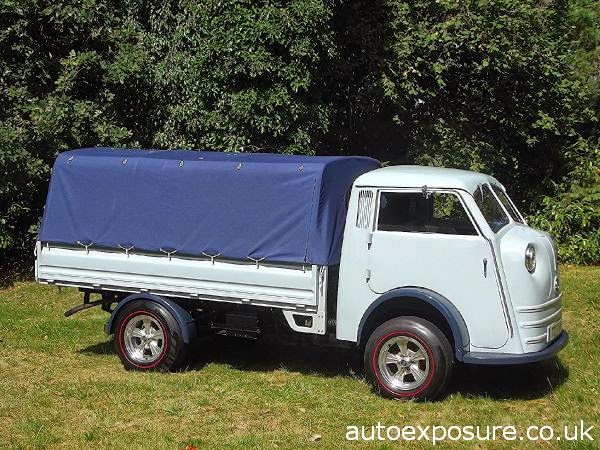 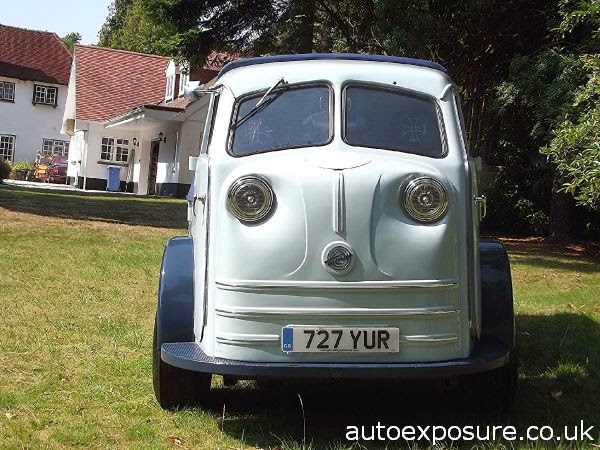 Marque Information
Tempo was founded as Vidal & Sohn Tempo-Werke in 1924. During the 1940s, Tempo produced small military vehicles. Post-war the requirement of the Bundesgrenzschutz, in West Germany, to acquire a suitable vehicle for Border patrol led to production of the 80" and 86" Tempo from 1953 to 1957. The Tempo 80" and 86" was built using a rolling chassis from Land Rover, but attempts to continue production with the 88" and 109" models were not successful.
In 1958, Firodia Ltd, an Indian manufacturer of cars (Now known as Force Motors), started the production of Hanseat three-wheeled cars with the collaboration of Tempo-Werke. Later on, Tempo introduced the Matador, which (along with the Hanseat) was extremely popular in India where it was used as goods carrying vehicles. The four-wheeled Matador remained under production by Tempo from 1949 till 1967.
In 1966, Tempo partnered with Hanomag AG, the produced vehicles were sold under the name of Hanomag. From 1967 to 1970 the vehicles were sold under the new name "Hanomag-Henschel". In 1971, Hanomag-Henschel, and within Tempo, was purchased by Daimler-Benz AG. Tempo remained on the production of vans until 1977. From 1966 to 1977, all vehicles produced by Tempo were sold under a different name, either Hanomag, Rheinstahl-Hanomag, Hanomag-Henschel, or Mercedes-Benz.
Various Tempo vehicles were once extremely common as goods carrying vehicle on the streets of Indian cities where the Indian company marketed them ...Read More
2014 Wikipedia 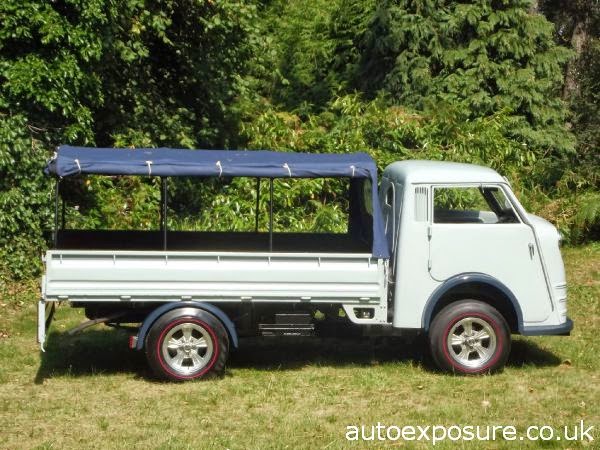 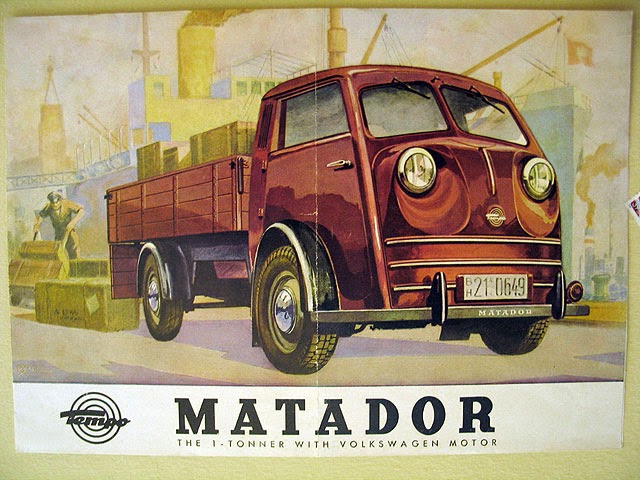 This is a very rare VW powered truck called a Tempo Matador, built in 1951
by a Hamburg Germany based company by the name of Vidal and Sohn.
These trucks were produced for a short period of time from 1949 through 1951
and used the well tested 25 horse VW powerplant and a ZF non-synchro 4 speed transmission.
But the placement of the drivetrain was in the front, rather than in the rear live the VW transporter
making it a true front wheel drive vehicle.
They were built in a truck and a van format and only about 1300 were produced in total
with roughly less than 10 known to exist today...making it a very rare machine. See More
Posted by jeffharris at 11:05