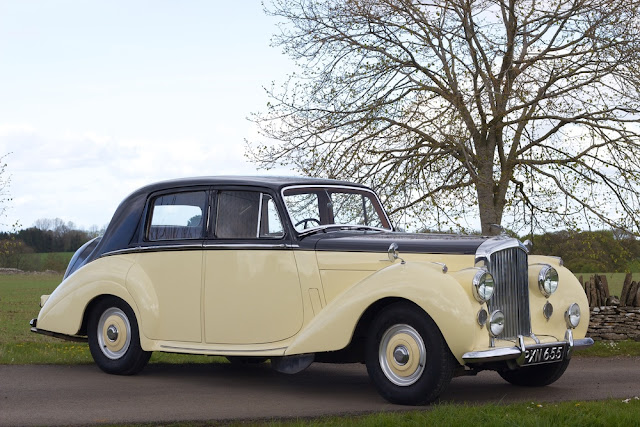 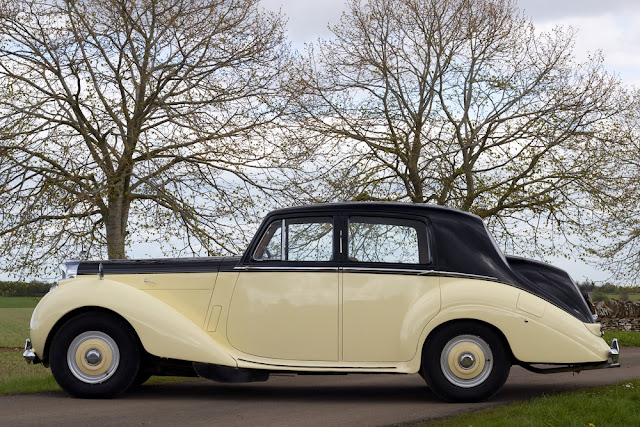 Launched in June 1952 the R-Type was the 2nd Post-War model produced by Bentley and replaced the very similar Mk VI. In fact, chassis records are known to note early R-Type’s as Mk VII’s as the R-Type name only stuck due to the RT prefix of the chassis numbers.
As was the case with most Bentleys and Rolls-Royces, the choice of a standard body was available alongside the more bespoke coach built examples, sent away to a coachbuilder of your choice and fitted with various styles of body.
Powered by a 4,566cc straight six engine with an iron block, aluminium head and twin SU HD6 carburettors the R-Type put out a very respectable 130hp. When tested by ‘The Motor’ in 1953, an automatic version recorded a top speed of 101.7mph, 0-60mph in 13 seconds and 15.5 miles per gallon which for a car of its size and weight is no mean feat.
Although production only lasted 3 years, the popularity of the R-Type led to 2,323 being made before it was succeeded by the S-Series of cars, starting with the S1 which was introduced in the same year. 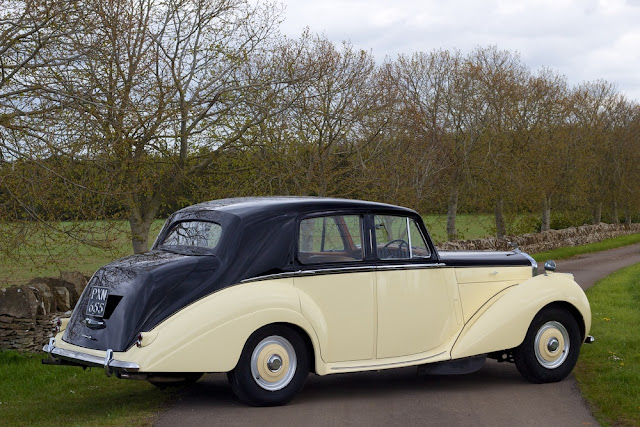 The example offered here is chassis number B164ZY was first registered in February 1955 in Black over Cream with Tobacco Brown leather trim. The early ownership history is not known but in 1989 John Puddy, a well respected Bentley and Rolls-Rypce specialist bought the car from the 2nd owner who had owned the car for many years. John says that the originality and the fact that little details like the tools, original handbook and original valve radio were all intact, was what drew him to the car in the first place. He carried a sympathetic restoration of the coachwork and paint soon after buying the car before selling the car to a Mr. Eric Church in 1992.
Mr Church kept the car until his death at which point it passed into the ownership of his dear wife, Wilhelmina. Before his death, Mr Church had been in touch with a local wedding car hire company and had agreed to let the company act as an agent to rent the car out for weddings. Mrs Church kept the car with said wedding hire company and they were custodians of the car until it came to us for sale. When the decision was made to sell the car it was felt that the bodywork would need attention and a thorough service should be carried out. We oversaw the work which has been done to a very high standard and the car now presents beautifully in its original colours and still retaining the original interior and all those lovely original features that are lost in so many cars over the years. It drives beautifully and is a wonderful example of what we feel is a hugely undervalued motor car.

These lovely Bentleys really do give you the driving experience and sense of occasion that all Bentleys are known for but for a fraction of the cost of most other models. Having had a small fortune spent on it, this particular R-Type is ready for owner no. 5 and is sure to be an absolute joy to own. 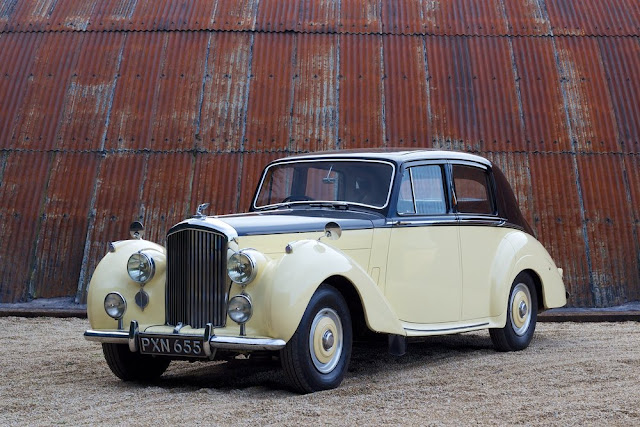 TO UNDERSTSND MORE ABOUT SEPSIS: CLICK HERE
Posted by jeffharris at 19:13