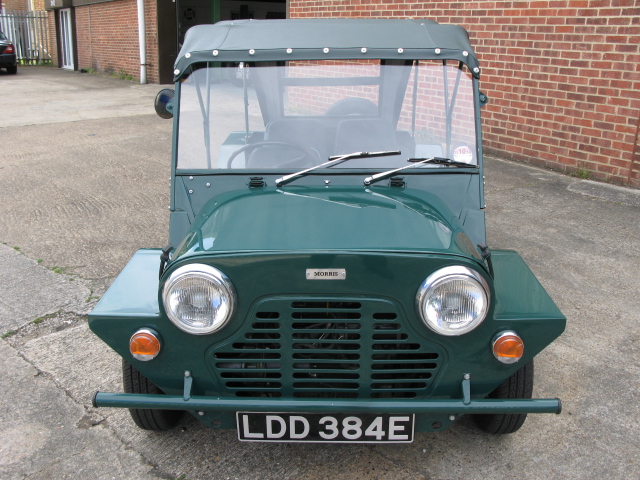 Registered 1st July 1967 this beautifully presented original Mini Moke was restored in part in 2011 by Mercedes / Facel Vega specialist Nigel Cooper Restorations. Retaining its original 850cc engine it remains in first class condition. It comes with 26 old MoT’s that show that it has hardly been used in since 2005, the mileage showing then is the same now at 50,000 miles. It is recorded that some 14,500 examples were built at the BMC Longbridge plant in Birmingham between 1964 and 1968, not to be confused with the cars also built in Australia from 1966 to 1981 and the cars produced in Portugal from 1980 to 1993, although most of the British produced cars were sold abroad, the home market being a bit limited for obvious reasons. 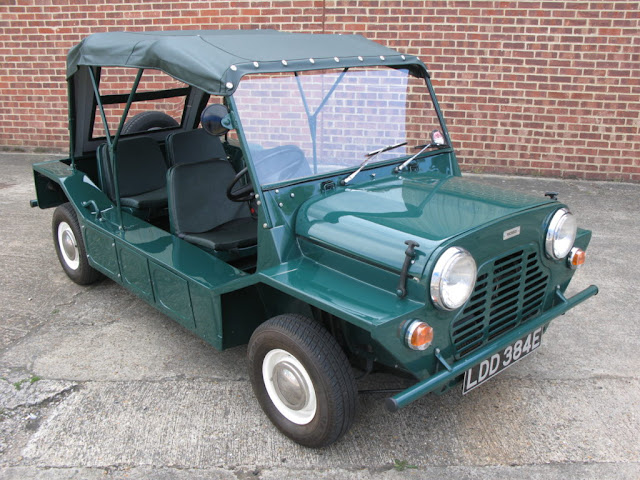 The ’67 MK II version differed slightly with twin windscreen wipers and the horn and headlight control being moved from the floor to the steering column, the original column and steering wheel have been replaced but are with the car. Only available in white or ‘spruce green’ this is a really fantastic example that is ready to go, supplied with a new MoT. 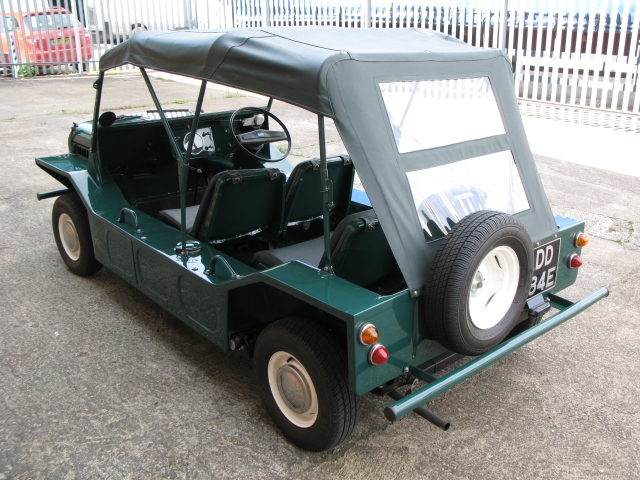 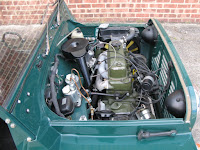 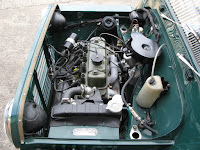 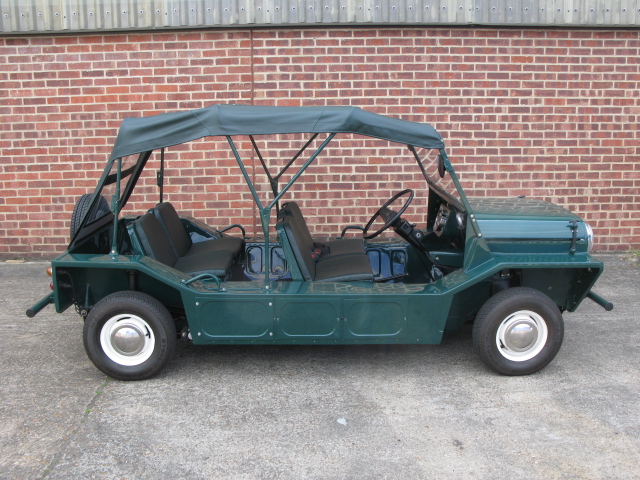 TO UNDERSTSND MORE ABOUT SEPSIS: CLICK HERE
Posted by jeffharris at 21:28