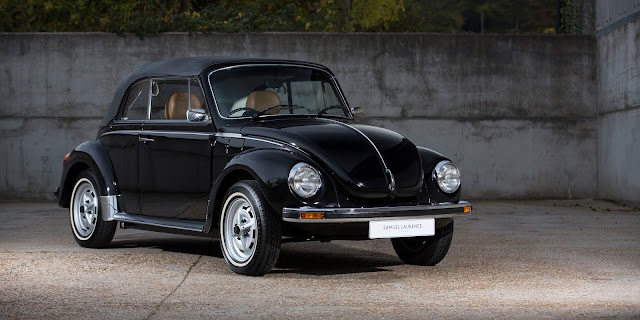 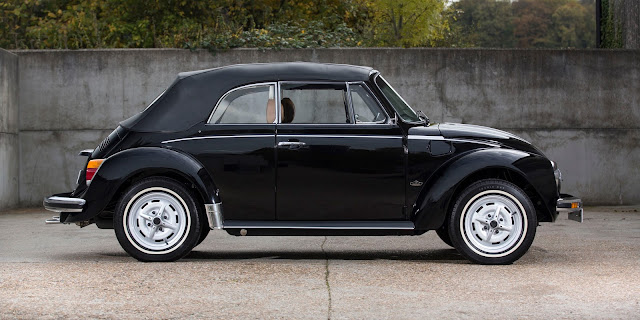 By the time Volkswagen halted the production oF the German-made Beetle in January 1980, 21,529,464 had been built.  It was the longest running production car using the same platform ever and provided transportation for countless more people around the world.  Popular, especially in the 1960s, the Beetle was inexpensive to buy and maintain using small tires, small brakes, small engines and high-quality materials and construction methods. By the mid-1970s, Volkswagen realized the Beetle had gone as far as it could. Competition from all over was etching away at the sales and something had to be done.  In 1979, Volkswagen announced it would be ending production of the Beetle to make way for a more modernly styled and engineered vehicle. The final cars were all Cabriolets, the last one rolling off the assembly line in January of 1980, but during the 1979 model year, Volkswagen produced a few Beetles in black, a colour that was not previously available until 1979 and used to mark the close of production and celebrate the very first Beetles produced, which were all built in black. Fittingly painted in black and black top, this particular unrestored UK car has only covered 16,000 miles and was sold new at Gilders Volkswagen, Sheffield on the 20th February 1979. 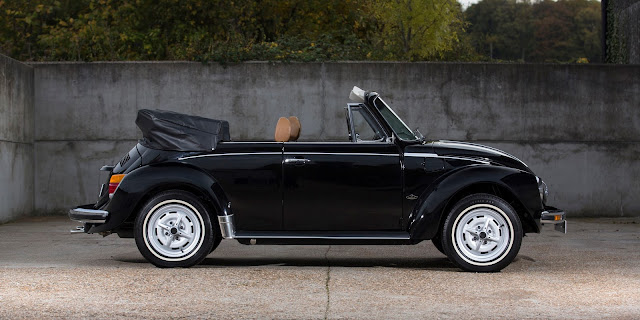 Equipped with a 4-speed manual transmission, the car is well-appointed with a padded dash, VDO clock and speedometer, rear window defogger, original spare tire and tool kit, original date-coded wheels and original keys. Interestingly it was ordered as a radio delete car.
Having spent its life in a climate controlled environment it is exceptionally solid and free of rust throughout. The panel gaps are as original, with all doors and lids closing as they should. These Karmann built Cabrio's were not produced on the same production line as the standard Beetle. Manufacture was carried out in Osnabrück and the level of build quality was similar to Mercedes and Porsche of that time. This was not built as the ‘peoples car’, rather more as a genuine coach built a vehicle that the Karmann factory was known for.
The underside is in exceptional condition, with all original floors, sills inner wings and heat exchangers.
As the vehicle has notably never seen poor weather or stored outside the original and super rare ‘Sonneland’ hood is in perfect condition, as too is the genuine tonneau cover that accompanies it.

The seats and carpets are complete to factory specification and like the car, look as new.
To compliment the condition the car comes with an extensive service portfolio and history file, complete with; MOTs, mechanical invoices, newspaper articles and printouts of its success at the VW concours events. The car must be seen to truly be appreciated, it is a wonderful example of a truly great car, known throughout the VW community and well received at any event. We are confident that this is the best available on the market, and by some distance.
Contact us for further details, the car is currently on display at our London showroom and available for inspection or test drive. 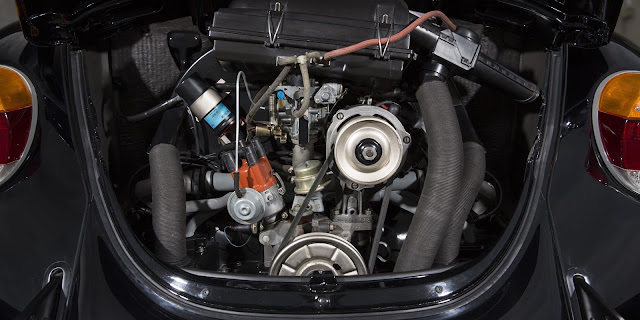 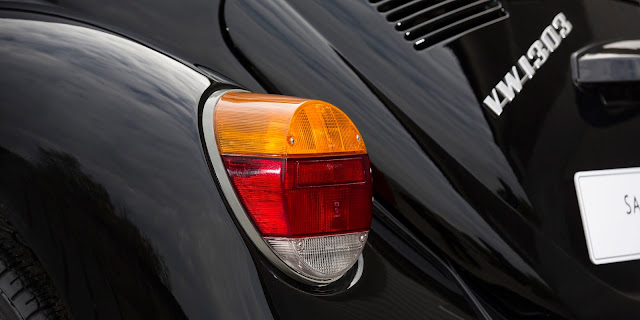 TO UNDERSTSND MORE ABOUT SEPSIS: CLICK HERE
Posted by jeffharris at 11:37