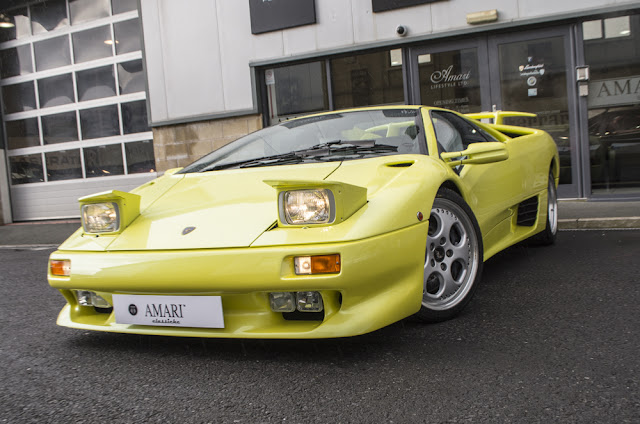 This stunning Lamborghini Diablo VT is a UK supplied by Lamborghini Great Britain Limited in1999 Registered on an S reg. With only having 2 previous keepers, the first keeper being Mrs Clotilde Abdul Rahman of Brompton Road, London and a Special order colour and believed to be the only one in Yellow Skirt Hic with Bianco Leather Interior she covered at total of 13, 034 Kilometers the second keeper Mr K Abbott covered only 641 Kilometers so in total the Diablo has covered a total of just 13,675 Kilometers. (8490 miles) 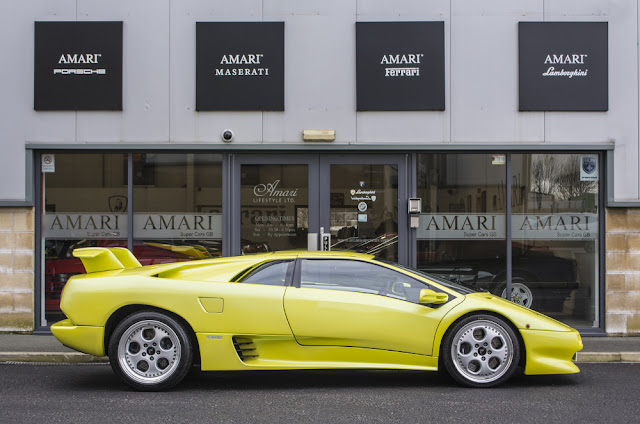 Being one of the last Diablo's before the 6.0VT this car has all the attribute having the key specification for a great investment
Pop up light,
5-speed manual box,
V12
Made in the era when Ferruccio Lamborghini when he was alive.

This car is in the rare, yet beautiful Yellow Skirt Hic, which is a rare but original factory colour. Rear Spoiler, 18" VT Roadster alloys, has all the original tools in the front. This truly makes this car a real eye catcher. 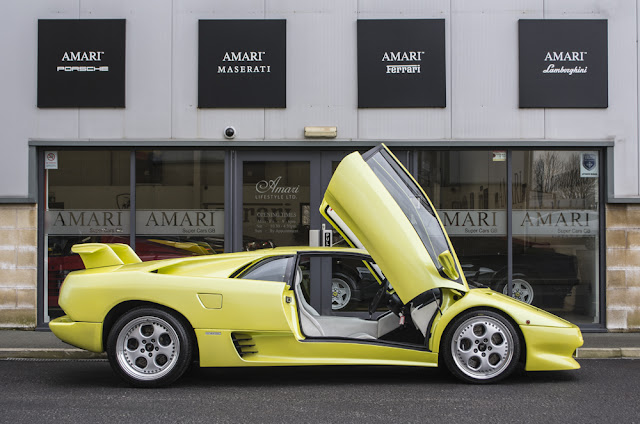 This vehicle has an extensive service history which is as follows:

This car sits on Pirelli P-Zero's All Around.

We have the original Owner's Pack with Manuals, Service Booklet & 2 Sets of Keys.

The Diablo VT was introduced in 1993. Although the VT differed from the standard Diablo in a number of ways, by far the most notable change was the addition of all-wheel drive, which made use of a viscous centre differential (a modified version of LM002's 4WD system). This provided the new nomenclature for the car (VT stands for viscous traction). The new drivetrain could direct up to 25% of the torque to the front wheels to aid traction during rear wheel slip, thus significantly improve the handling characteristics of the car.

Other improvements debuting on the VT included front air intakes below the driving lamps to improve brake cooling, larger intakes in the rear arches, a more ergonomic interior with a revised dashboard, electronically adjustable dampers, four-piston brake callipers, power steering, and minor engine refinements. Many of these improvements, save the four-wheel drive system, soon transferred to the base Diablo, making the cars visually nearly identical. 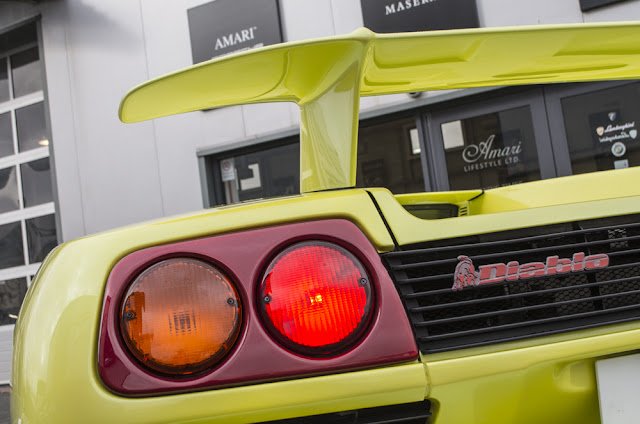 TO UNDERSTSND MORE ABOUT SEPSIS: CLICK HERE
Posted by jeffharris at 13:59