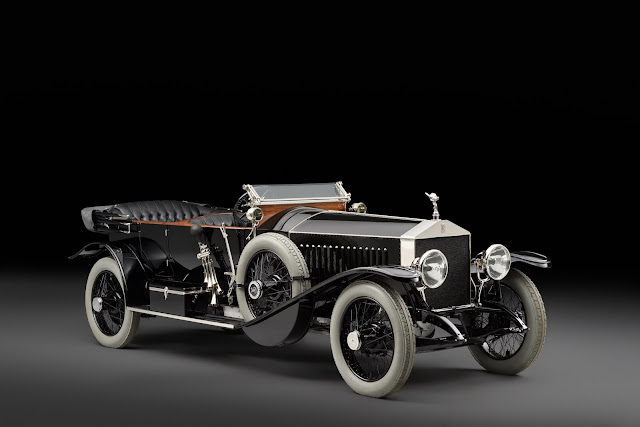 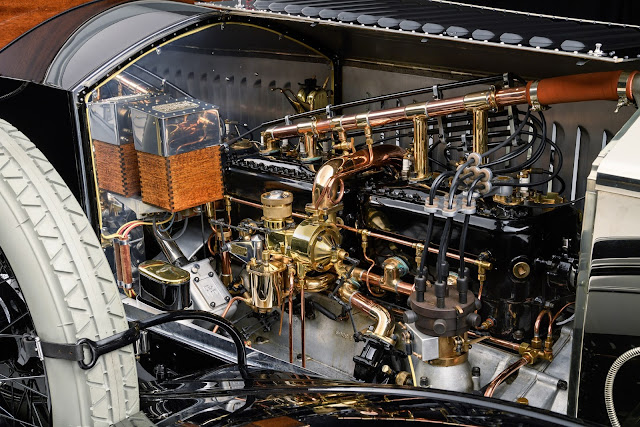 For many, the ultimate in Edwardian motoring, the Silver Ghost was an immediate sensation with motoring aficionados. Described as ‘the best car in the world’ by the Pall Mall Gazette in November 1911, the Silver Ghost was in production for a staggering 18 years and was state-of-the-art for its time.

Not one Ghost chassis was delivered to a customer without extensive, individual testing, demonstrating unrepeatable attention to detail and precision manufacture. One such test became famous, a London to Edinburgh trial. The purpose of the trial was to demonstrate that the 40/50hp could travel to and fro in top gear whilst also achieving exceptionally modest petrol consumption. However, the Ghost was also to demonstrate that it could attain considerable speed when required. The test was hugely successful, with the Ghost completing the journey on an average of 24.32 miles per gallon of petrol. Furthermore, immediately after the trip, without alteration or adjustment, it was able to attain a top speed of 78.26mph at Brooklands! 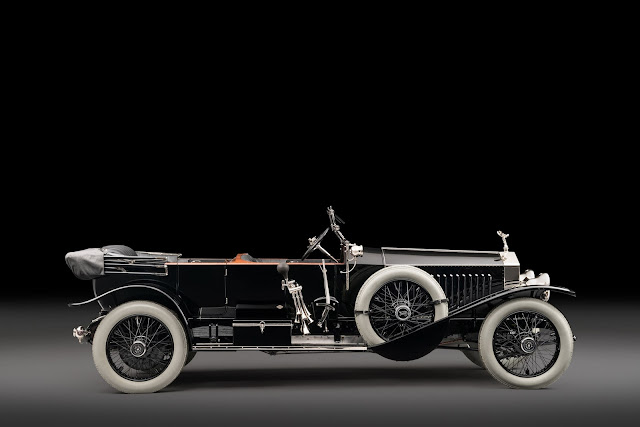 So famous was the London to Edinburgh test, that Silver Ghosts became available with a Colonial ‘London to Edinburgh’ specification chassis. 67RB is one such example. In May 1914, 67RB was dispatched to coachbuilder Kellner of France with the instruction to build a torpedo phaeton body, whilst allowing for two front and two rear passengers. 67RB was fitted with ‘C’ steering, nickel fittings, a 22-inch radiator and four-speed gearbox
67RB has an interesting story, having been purchased through the French Rolls Royce distributor for Portuguese customer, MM Castanheira, Lima & Rugeroni Limited of Lisbon. The Rugeroni family were clearly impressed with the Silver Ghost and later ordered another Ghost to add to their collection. 67RB was safely shipped to Portugal, luckily just ahead of the German invasions of Belgium and France, and it stayed there for most of its life to date. Eventually, it was found in England in 2009 in original low-mileage condition and was purchased by the current owner. Unfortunately, the original Kellner coachwork was missing, with a shooting brake body fitted instead.

Several years later, renowned US Silver Ghost authority, Steve Littin, contacted the owner with news of a later Ghost found in Holland and fitted with very early incorrect bodywork, not original to the car. It transpired that this car was the later Ghost owned by the Rugeroni family and we believe that at some point they removed the Kellner body from 67RB and fitted it to the younger chassis. Certainly, Steve Littin remarks in his accompanying notes on 67RB that when the Kellner body was offered up to 67RB’s chassis it lined up practically hole-to-hole and dropped straight back in. After a detailed study, Littin believed that, to the best of his knowledge, this was indeed the body from 67RB and, whilst it cannot be absolutely verified, there must have been a wonderful moment when the two were reunited!Kellner body acquired, Littin’s services were retained to carry out a full and sympathetic restoration of 67RB to bring the Rolls up to Pebble Beach Concours standard. 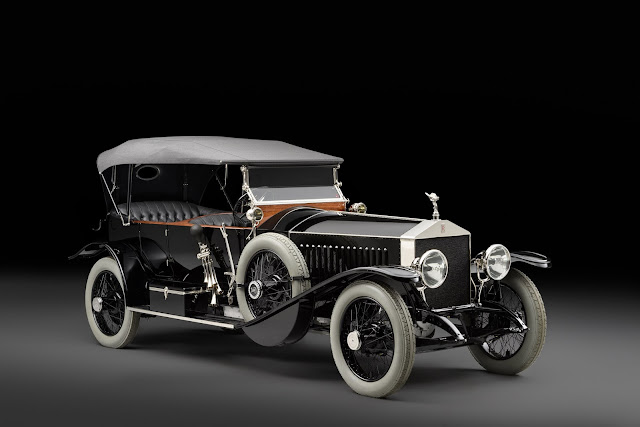 Numerous trips to Europe unearthed correct French Bleriot lights and horns and a great deal of attention was given to the interior. The rear passenger area was a particular concern, with period French drink, condiment and travel accessories being refitted to the individual inlaid woodwork compartments.Fresh from this painstaking restoration, 67RB collected an array of silverware at the 2015 Pebble Beach Concours, including Class Winner A-1: Antiques, Most Elegant Open Car, The Revs Program at Stanford Award and Best of Show Nominee.During its restoration, considerable foresight was given to 67RB’s future as a rally or tour participant. It has been discretely fitted with a self-starter, turn signals and brake lights. Ready to be used and enjoyed, this is a seldom-available opportunity to own a much-coveted Silver Ghost. 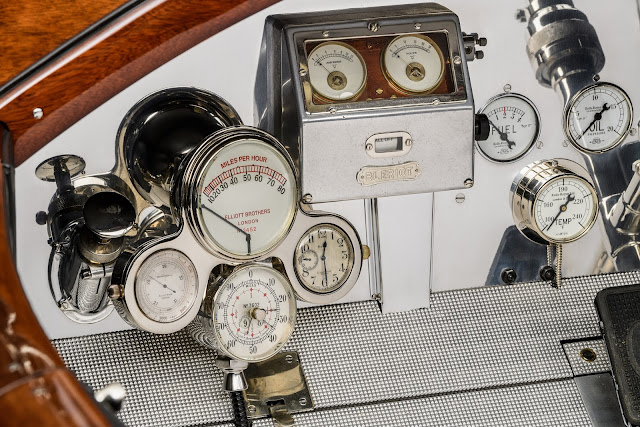