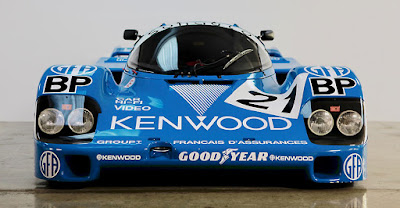 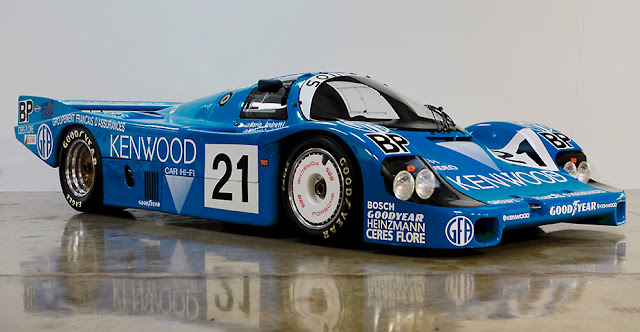 Group C - Porsche
Regarded by many as a modern 'golden age' of sports car racing, the FIA's new Group C category for prototypes lasted from 1982 to 1993. It was designed to replace both Group 5 (closed touring prototypes like the 935) and Group 6 (open sports car prototypes like the 936). As interest in Group C grew, the world's major motor manufacturers joined the fray with Porsche, Jaguar, Ford, Aston Martin, Lancia, Mercedes-Benz, Mazda, Nissan and Toyota all fielding works entries and attracting major sponsorship from big brand companies whose liveries became famous on these highly effective and attractive racing cars.

Rather than being based predominantly on engine capacity and weight, the traditional parameters of motor racing formulae, Group C placed a limit on the amount of fuel permitted but otherwise allowed constructors a virtually free hand in design. Porsche responded immediately to the challenge and in just nine months, Norbert Singer oversaw an engineering team at the Porsche motorsport department in Weissach, to design, construct and develop the Porsche 956.

The 956 was the first Porsche ever to utilize an aluminium, monocoque chassis, which increased rigidity over the traditional tubular space-frame construction and in conjunction with state-of-the-art chassis tunnels and a wind-tunnel tested and developed, closed-cockpit bodywork design, created a ground-effect racing car able to produce significant down force at high speeds.

Power for the 956 was derived from a version of the tried-and-tested Porsche, twin-turbocharged flat-six engine which had previously powered the 1981 Le Mans-winning Porsche 936. Designated the Type 935/76, it had water-cooled cylinder heads and air-cooled cylinders. Air fed into a Naca duct in the roof, which channeled down to the engine and then emerged from under the car through openings in the lower bodywork, which slightly upset the ground-effect. The exhaust exits were located on either side of the bodywork, just in front or the rear wheels in order not to upset the air flow any further. The 2,650cc KKK-turbocharged unit was estimated to develop 630bhp at 8,200rpm and have a top speed of circa 240mph.

In total, Porsche built just 11 examples of the customer 956, which were sold as turn-key racing cars and were fully-supported by the factory. Porschesport Customer Racing Services AvD undertook engine preparation and a comprehensive 956 parts catalogue was produced and a large parts-service truck was taken to each Group C race, providing everything needed for running a 956 chassis.

Chassis 956-101
Manufactured by Porsche and supplied new to Kremer Racing, who took delivery in April 1983. The car was presented to the press on 27th April at Hockenheim in the presence of Mario and Michael Andretti. 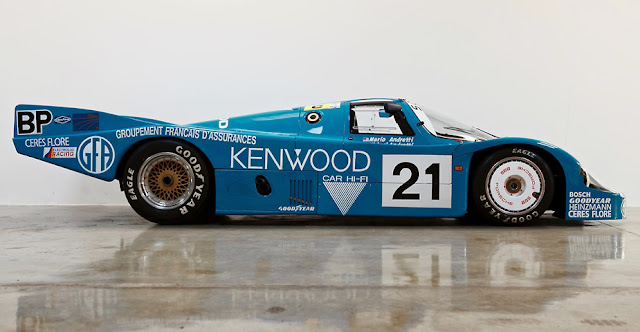 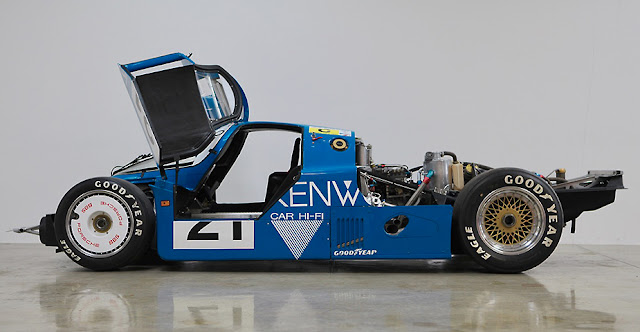 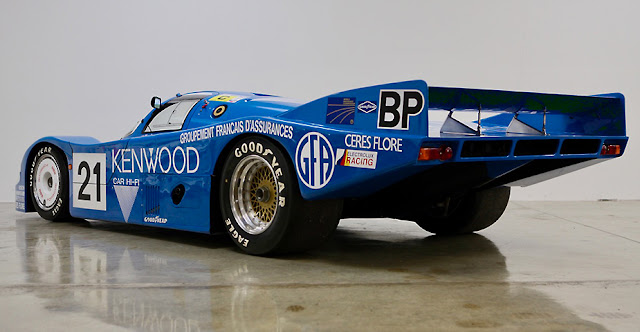