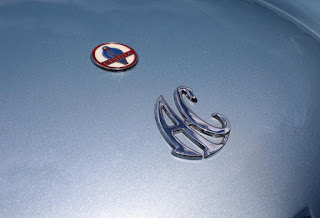 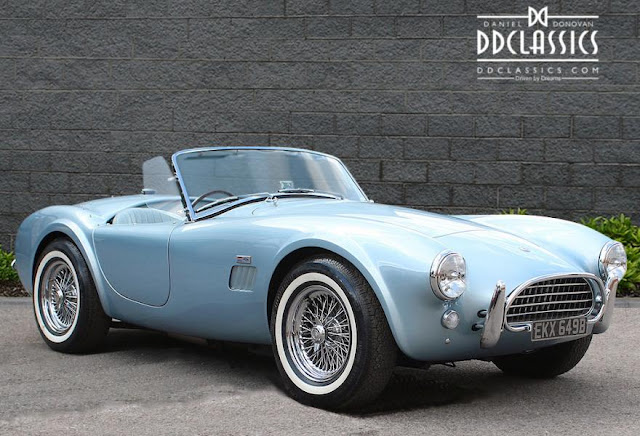 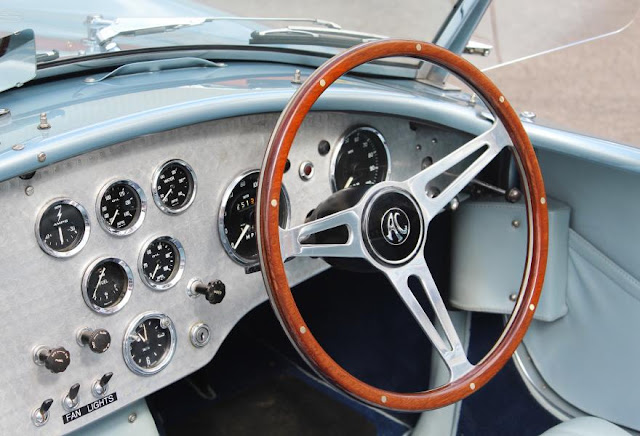 1964AC Cobra 289 'Mark II' Roadster (RHD) for sale in London
Unique opportunity 1 of approximately 45 RHD, leaf spring '289' models Just 3 former owners Recorded mileage to date is only 11,900 miles from new! Restored in the 1980's by AC Cars Ltd and Hall & Fowler Photographic documentation of the restoration One of the largest history files we have seen at DD Classics Supplied with its original registration document Outright Winner of the Goodwood Revival Earls Court Motorshow 'People's Choice' Award Surely the finest MK ll Cobra for sale anywhere! Rightly regarded as one of the all-time great classic sports cars, the muscular, fire-breathing Cobra succeeded in capturing the hearts of enthusiasts like few of its contemporaries. Only 1,000-or-so Cobras of all types were built between 1962 and 1967. The 260ci (4.2-litre) prototype first ran in January 1962, with production commencing later that year. Exclusively for the USA initially, Cobras - minus engines - were sent from England to be finished off by Shelby in California. It was not until late in 1963 that AC Cars in Thames Ditton got around to building the first fully finished cars to European specification. After 75 Cobras had been built with the 260ci engine, the more powerful 289ci (4.7-litre) unit was standardised in 1963. Rack-and-pinion steering was the major 'Mark II' up-date, cars to this specification entering production early that same year. Approximately 528 'Mark II' Cobras were produced up to the summer of 1965. The Mark ll Cobra is by far the most usable and collectable of the marque. First registered on 7th December 1964, the Cobra roadster offered here was first owned by Dr Norman Gay, of Beaconsfield, Buckinghamshire and comes with its original registration document. AC Cars Ltd has confirmed that chassis number 'COB6034', fitted with engine number '5185', was delivered to its agent M J Hughes Ltd, of Station Road, Beaconsfield on 2nd December 1964. On 30th November 1966, the car passed into the ownership of TransoceanPhotographic Services Ltd, of Esher, Surrey.

Shortly after acquisition from Dr Gay, the Cobra was kept in storage while the owner travelled abroad and the car was not registered in his name until the 3rd of May 1974. For a seven-year period during the 1980s the car was undergoing restoration to Concours standard by AC Cars Ltd./Autokraft at Brooklands and also Hall & Hall (formerly Hall & Fowler in Bourne, Lincolnshire. Rick Hall remembers the Cobra very well, recalling that it was complete and proper but had not run for many years when it arrived. Detailed bills on file record that the car was dismantled and totally stripped back to a bare shell prior to repair, repainting and re-assembly. In 1986 the Cobra was sent to G & G Sergent (Norfolk) for trimming at a cost of 2,000, the total cost of the works carried out at this time amounting to some 18,000. The machine-finished dashboard was installed during restoration on the owner's instructions. Further documentation on file includes copy MoTs datedMay 1987 (at 10,220 miles) and May 1989 (same mileage). Also on file is a copy of a letter to the Department of Transport requesting the car be registered with its original number 'EKX 649B', which was approved on 25/9/1989. Sometime later the owner and his Cobra moved to Monaco and there are various bills on file for work carried out during this period, The 3rd and final owner acquired the car in 2011 and has maintained the car to the astonishingly high standard it is presented in today, this included sending the car back to Hall & Hall for remedial mechanical work and then on to Hawk Cars for weather equipment and cosmetic refurbishment. During his ownership the AC was an entrant at the 2013 Salon Prive Concours event in the 'Wind in Your Hair' category, was the outright winner of the 'People's Choice' at the Goodwood Revival Earls Court Motorshow and 4th overall in the inaugural Classic Car Show in London. It has also had multi-page features in both Classic Cars and Classic and Sportscar magazine, which are included in the cars file. The substantial history file also contains the car's original logbook; a (copy) old-style Swansea V5 document; numerous restoration photographs; copy DVLA correspondence and various copy invoices. It is a truly incredible history file and a fascinating read for any discerning enthusiast. DD Classics is proud to offer such a wonderful car for sale both cosmetically and mechanically. It would be difficult to find another in such superb condition. If you are in the market for an original Cobra, our stunning example is a must see and will not disappoint upon final inspection. Now available for viewing at the Classics Dealership in London, please call 0208 878 3355 for more information. Every effort has been made to ensure the accuracy of the above information but errors may occur. Please check with a salesperson. 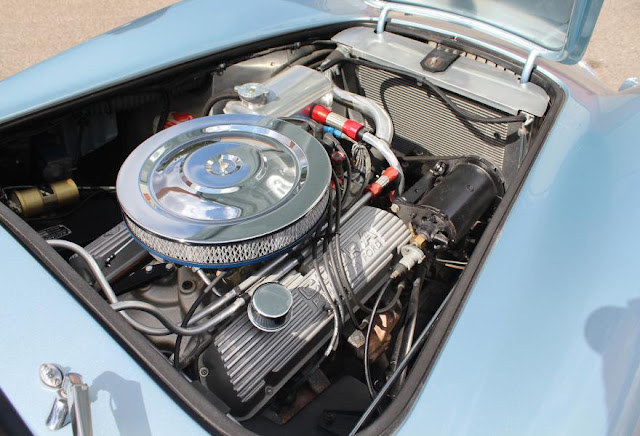 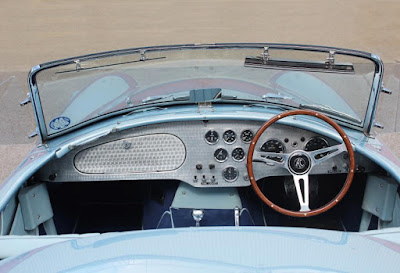 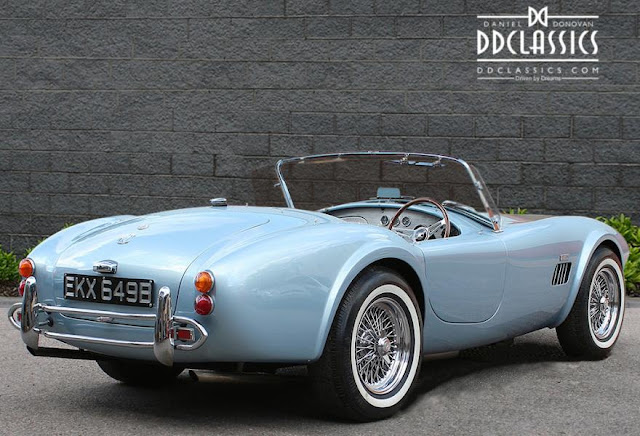