2011  Porsche 997 GT3 RS 4.0 Litre
The reference ''RS'' will quicken the pulse of Porsche connoisseurs. Models such as the legendary Carrera RS 2.7 of 1972, the 1991 964 911 RS, the 2004 996 GT3 RS and the 2007 997 GT3 RS are all normally aspirated sports cars that stand out on account of their extreme degree of maneuverability and handling.
With the 996 Porsche was the first completely new 911 in what was then already a 35-year-old career. A year later Porsche produced a pure sports version to enable it to homologate its racing cars and all were surprised to find it was not to be granted 'RS' status like its fabled predecessor, the 2.7 RS, which had been conceived in 1973 for much the same reason. Instead Porsche appended a new name to it, the 'GT3' badge relating to its intended category of racing.
However, after the GT3 the journey commenced with the first GT3 RS, and as the 996 evolved into the 997, so the breed developed until seven iterations later Porsche arrived at the 997 GT3 RS 4.0. From those inauspicious beginnings, Porsche had bred what is now widely regarded as its finest road car to date, better even than the only two other possible contenders for the title, the original 2.7 RS and the RS version of the last air-cooled car, the 993. This car was the very last of both the 997 and the original GT3 line and it is fitting that it was such a triumph and importantly the last manual GT3 to be built.
For some years the Hans Metzger-designed flat-six motor was only used in Porsche's GT3 and GT2 cars, all other 911s, Boxsters and Caymans using an entirely unrelated, much cheaper to manufacture, direct-injection flat-six. Routine tests to which this engine was subjected during development for use in this ultimate GT3 was to be run flat out and non-stop for 3000km. For this fond farewell Porsche's Motorsport department prepared this car to be the first road-going 911 to use an engine displacing more than 3.8 litres by using the long stroke crank of the RSR race car (there was no more space between the cylinders to allow expansion in that direction), ultimately a capacity of 3996cc was achieved resulting in more torque and power. This 4-litre engine produces 493bhp without the aid of turbocharging.
Although just 600 of these 4-litre RSs were built, Porsche went to great lengths to perfect it and also made it lighter, making extensive use of carbon fibre, notable in places like the bonnet and front bumper. Even the carpet underlay was discarded. The suspension used Rose joints in the rear suspension, unique spring rates and springs that come with small helper springs to ensure some pre-load is always kept in the suspension. Finally attention turned to aerodynamics. Porsche fitted a new rear wing and discovered two things: first it not only eliminated all rear axle lift but then actually contributed 200kg of downforce at 183mph. Secondly it completely unbalanced the car aerodynamically. That's why it has those little winglets at the front (left): they may not look like much but there are places at the old Nürburgring where they make the difference between being able to go flat out and leaving the circuit.
Since their delivery, these cars have been incredibly sought after with values appreciating and reviews glowing with many agreeing that this is not only the best road Porsche ever, but that with the demise of a manual gearbox also a car that marks the significant end of an era.
With only a handful of UK RHD cars it is incredibly hard to find an example that is even for sale. This example is an LHD derivative that was supplied new to Stuttgart, Germany in October 2011. This example no. 259 of 600 car is presented in Carrera White with Black Alcantara interior and the hugely desirable "Clubsport Package" reminiscent of the 2.7 RS Lightweights and the fabled 993 RS Clubsport. It therefore features a rear roll cage, bucket seats and Red harnesses (as well as seat belts). In addition the car also benefits from the Sports Chromo Package, Porsche Carbon Ceramic brakes, Black instruments, 90 Litre fuel tank, Front Axle Lift, Xenons, and cup holders. The car has covered a total of 3,500 kms (Approx 2,100 miles) from new and the car has been fanatically maintained from new by its one and only owner. The car has just been serviced at Porsche GB and received a 111 point check as well as a full rev report and analysis. This is an opportunity to own THE 911 of the modern era presented in what is in the ideal specification. 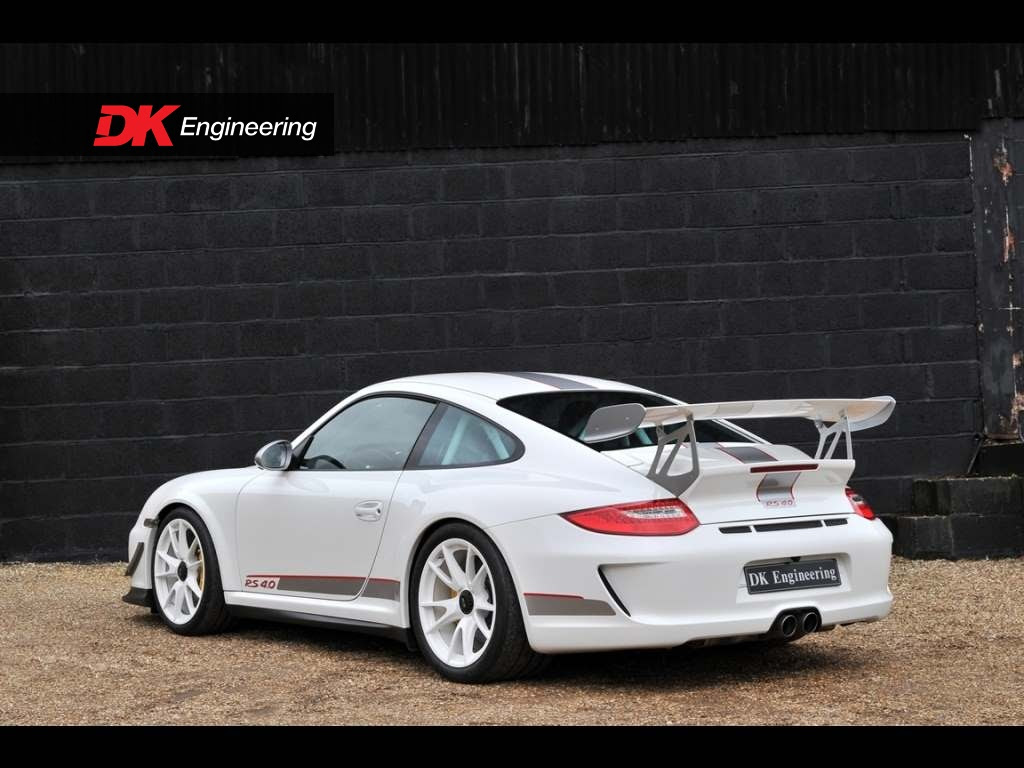 All viewings are strictly by appointment only.
Posted by jeffharris at 20:20