" CLASSIC OF THE DAY"
We have featured this vehicle before but have recenty been asked by the vendor if we could mention it again,~The vehicle is still available for sale so if you are interested details are included.
We have something extra special for our "Classic of the Day" on this fine Winter's Day. We must firstly thank Mr Edward Way for his kind permission for us to bring you this special vehicle.
Sometimes something turns up in a barn that is of special interest to the motoring community and this is one of those  times.
STANLEY STEAMER LIMOUSINE
Chassis Number 19357 | Engine Number 7404188 | Springfield Coachworks
Body Number 1549 | UK Registration Number  BF 5158 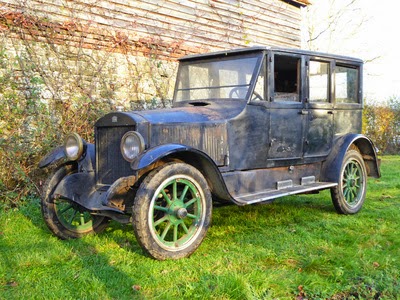 It is believed that the first owner was Mr Hartley Baker the owner of the Baker Steam Boiler Manufacturer in Colorado and so was fitted with his patented design of coiled tube boiler from new which it still retains.

The car was bought by the present owner, Edward Way in Dec 2006. Edward has preserved its unique features and originality in every possible way whilst also returning the car to the road. The only major change has been the fitting of 4 new BF Goodrich straight sided tyres and new tubes to pass the UK MOT test required at the time. The original “Non Skid” tyres have been retained and were used for a short time in 2006.

Edward was assisted in his early stages of ownership by the UK expert steam enthusiast Jeff Theobald, and after careful inspection and lubrication, the car was soon steamed up for (it is believed) the first time for many years in 2007.

A  learning curve proceeded regarding the car's steam process, including a thorough cleaning of the engine components, removal and cleaning of the oil pan and engine covers, and some sympathetic repair of the water tank. Many of the “Clack” valves were removed and cleaned and various pumps and fittings removed, cleaned and replaced. At all times“Oily Rag” preservation philosophy was taken rather than replacement with modern components.

The car has been used on many local runs, pub crawls and to various local events with the owner eventually gaining confidence of the technology. Fire up to running time of around 15 minutes was achieved and a running speed of 30 to 40 mph was easily mastered; the boiler with automatic control generally running at 500psi.

Enough confidence was gained in 2008 for a trip to Prescott Hill Climb around 140 miles away to be contemplated. The car set off in fine style but sadly after around 70 reasonably trouble free miles the boiler developed an internal leak from a weld and the car was returned to base. The vehicle has not been running since. It has been stored in a heated storage space with the owner’s collection of other cars which include Bugatti and Bentley vehicles.

A seven seater limousine with the two standard “jump” seats that fold away to the back of the front seat. The front seat back folds flat if required to meet the rear seat squab and then turn the whole of the rear into a double sized bed. This combined with the rear silk blinds ensure reasonable privacy!


Edward has decided to sell the car to a new owner who will hopefully cherish the originality and rebuild or replace the boiler to allow it to once again silently steam along the highways. 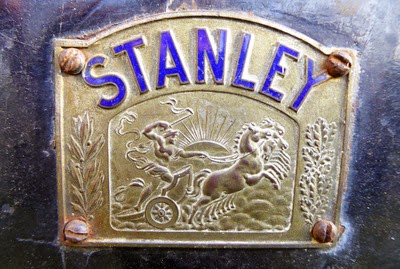 Please feel free to contact me for more information or to arrange a showing
Edward Way
UK: 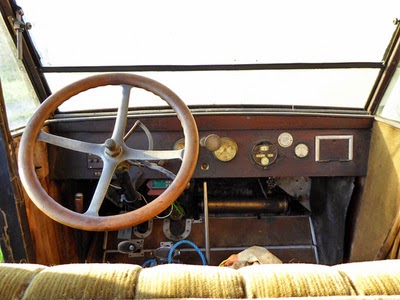 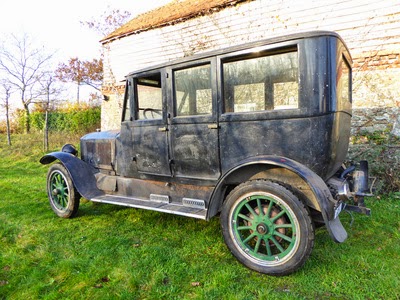 You can view further images by visiting
http://www.barnfindstanley.co.uk/