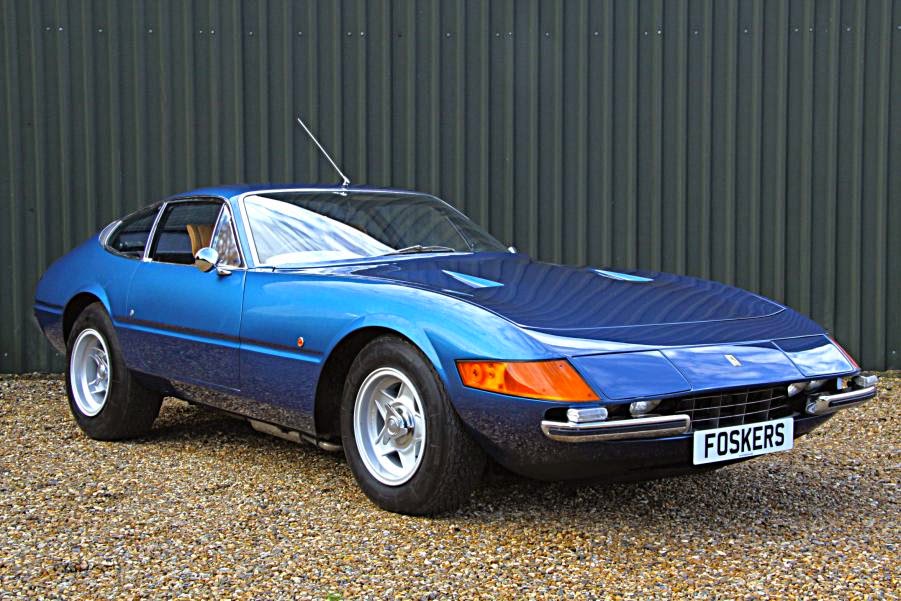 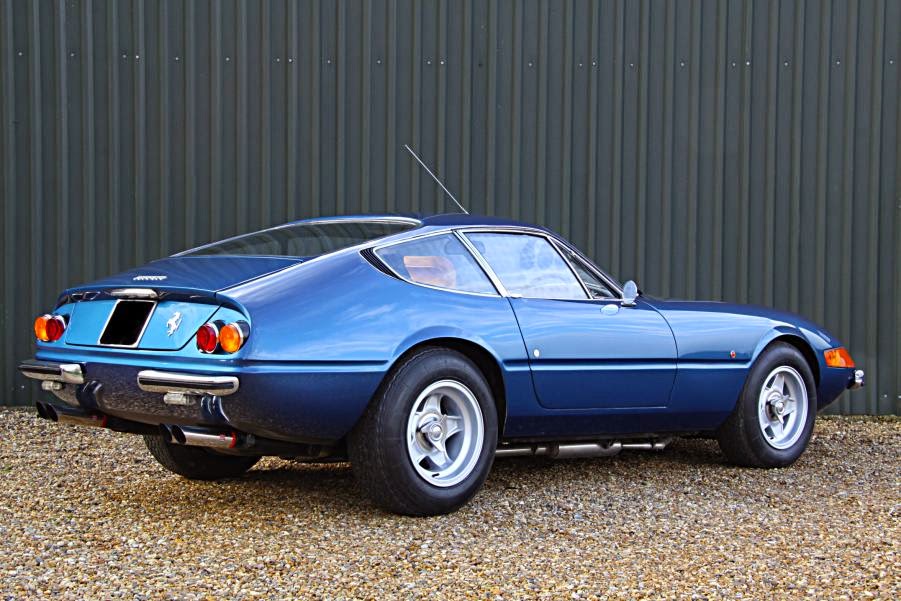 
Transmission: Five-speed manual Year: 1972 Price: £725,000.00
Introduced at the Paris motor show in 1968, the Ferrari 365 GTB/4 Berlinetta - more commonly known as the ‘Daytona’ - was a direct replacement for the legendary Ferrari 275 GTB. Built by Scaglietti, the Pininfarina-designed Ferrari Daytona was the work of a young Leonardo Fioravanti, who would go on to pen many other Ferraris including the 512 BB, 308 GTB, 288 GTO and F40.
The Ferrari Daytona’s engine is a larger, longer version of the V12 in the Ferrari 275 GTB/4, with a capacity of 4.4 litres mated to six Weber carburettors, running through a five-speed gearbox. The performance is truly mighty, even by modern standards, with a 1971 road test in Autocar magazine recording a 0-60mph time of 5.4 seconds for the Ferrari Daytona, and a top speed of 174mph.
This Ferrari Daytona, chassis number 15387, is one of just 158 right-hand-drive cars imported to the UK. The rare original factory colour, which it retains to this day, is metallic blue (Blu Dino Metallizzato) with beige hide, black inserts and beige carpets. The complete ownership history of this Ferrari Daytona accompanies the car, along with a substantial file of invoices, MOTs and registration documents.
It was ordered in February 1972 by Ian Anthony Car Sales Limited of Bury, Lancashire, and was first registered in the UK on 22 March 1973. From the date of delivery, this Ferrari Daytona passed between several motor traders before being registered to the Rob Roy Garage in Peterculter, Aberdeenshire in June 1975. The Daytona was traded again in 1983, returning to Lancashire before going to new owners in London a year later.
A no-expense-spared body restoration of the Ferrari Daytona was carried out in 1989 by Maranello Concessionaires, and the car returned to Scotland in 1990 after being purchased by its fourth owner. More recently, this Ferrari was subject to a meticulously-documented mechanical overhaul by Terry Hoyle in 2003. The Ferrari Daytona was subsequently tested by Mark Hales for Octane magazine in August 2004, alongside a Ferrari 365 GTC/4. An original copy of the magazine accompanies the car.
This wonderful Ferrari Daytona has driven just 8000 miles over the last 10 years, and the history file includes invoices for regular maintenance throughout this period. The Ferrari's odometer now shows a well-documented 50400 miles from new, and it is presented in immaculate condition following comprehensive detailing.
For more information about this Ferrari for sale in Kent, or to arrange an appointment, please contact our sales team on 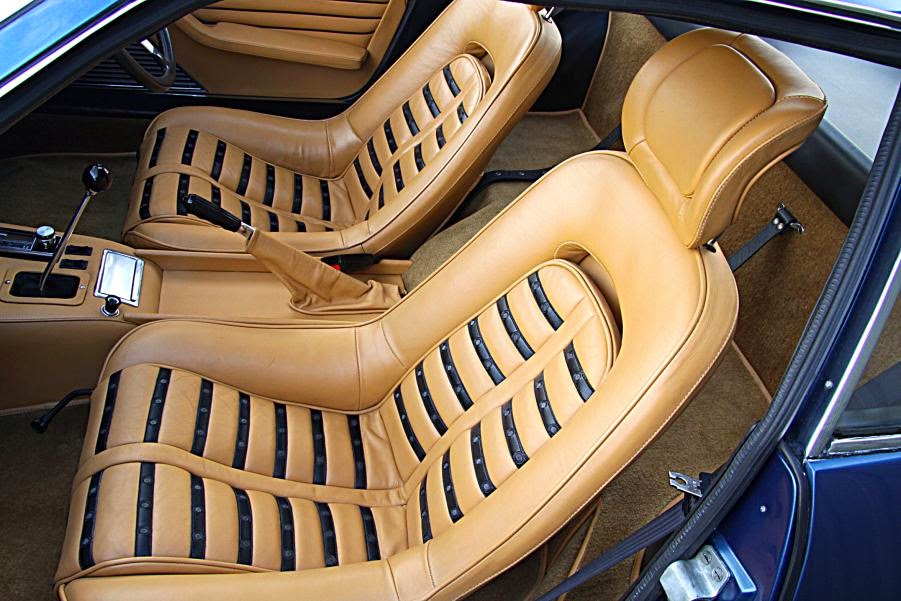 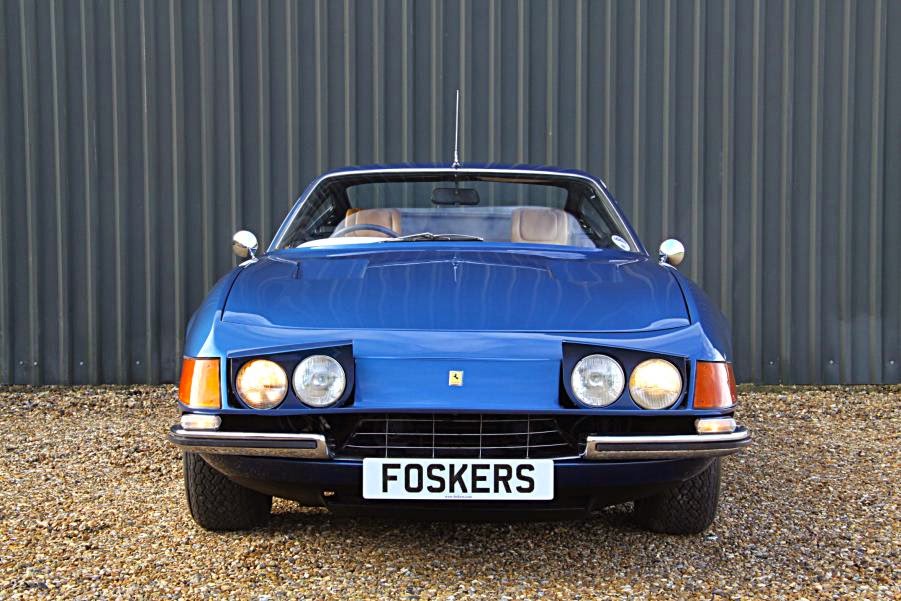